Suspensions controlled the Yamaha FJR 1300 AS you try, but you don’t want its box “semi-automatic”? For 2014, Yamaha has thought about you and propose the Yamaha FJR 1300 AE, which finds the clutch lever and is placed between the standard version and the ‘AS ‘. First glance 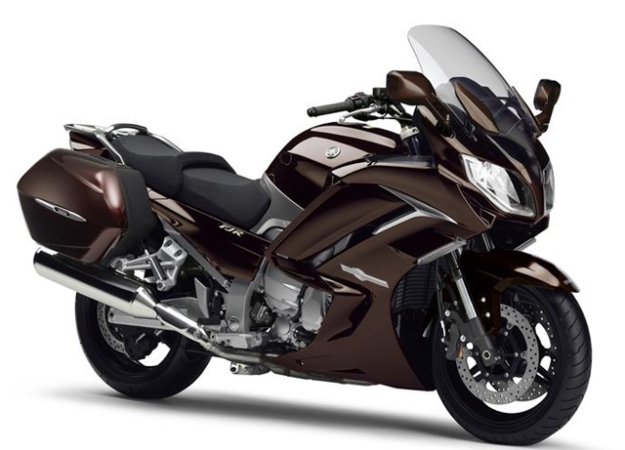 Released in 2001, Yamaha FJR 1300, who has always been able to lend itself to a sporty drive, has experienced a lot of changes. In 2006 appeared including declination “AS”, which is characterized by a gearbox controlled electrically by triggers.

This ‘AS’ was back in 2013 with an inverted fork and above all too programmable suspensions. For those who would be attracted to this suspension system but that the “semi-automatic” box put off, Yamaha offers for 2014 the Yamaha FJR 1300 AE. Finding a gearbox mechanical – and, indeed, the clutch to the left handle lever-, she places herself in the catalog between the standard version and, therefore, the ‘AS ‘.

We were able to judge the strengths of the controlled suspension, trying the latest version of the Yamaha FJR 1300 AS. This system allows the driver to play on hydraulics to adjust the hardness and the reaction of the fork and rear shock. Depending on use solo, solo with luggage, duo, duo with luggage, driving sport or casting, etc and the nature of the coating. 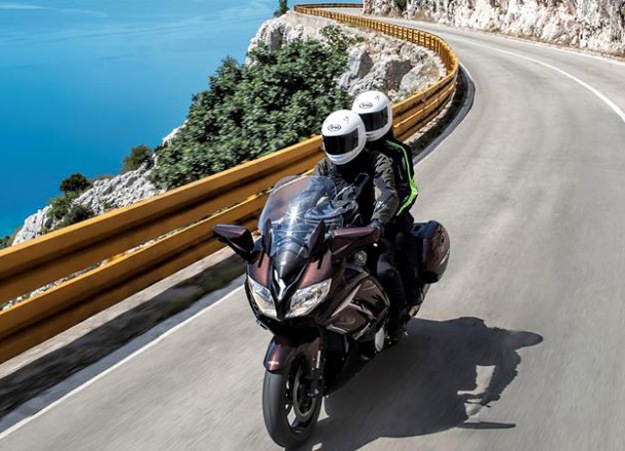 The Yamaha FJR 1300 AE is the third version of the big Yamaha road appeared in 2001. It is located in the catalogue between the standard version (‘a’) and the ‘AS’: it preserves the mechanical gearbox of the first and borrows the adjustable suspension of the second system. 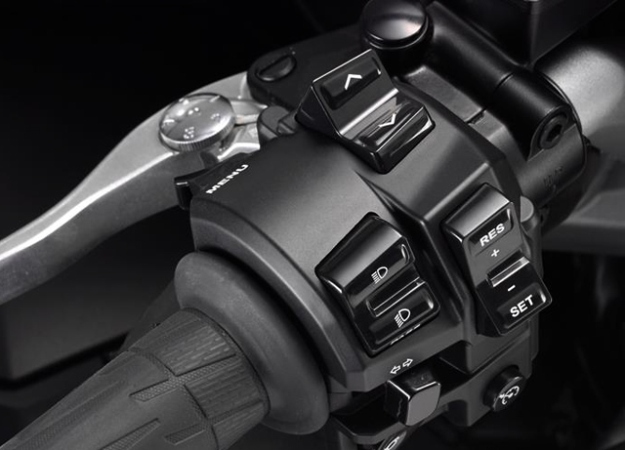 With this version ‘AE’, the Yamaha FJR 1300 found his clutch lever (absent from the ‘AS’ and electrically controlled box). The left stalk also find the buttons that control the assisted suspensions. 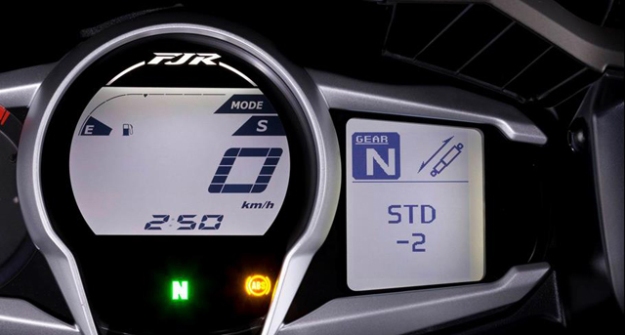 In the digital window to the right of the speedometer, found information about assisted suspensions. 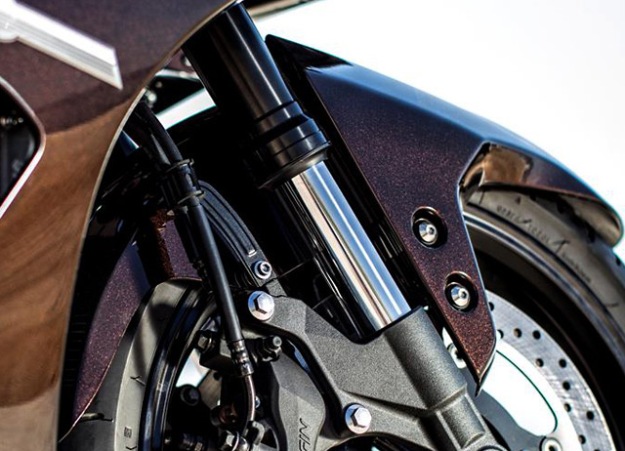 As on the Yamaha FJR 1300 AS 2013, assisted suspension is coupled with an adjustable inverted fork preload and hydraulic. 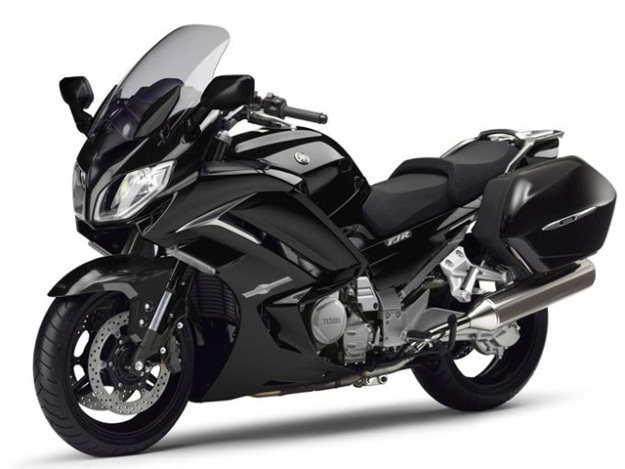 Sober and class, black (‘Midnight Black’) is one of the two colors that will be available for the FJR 1300 AE 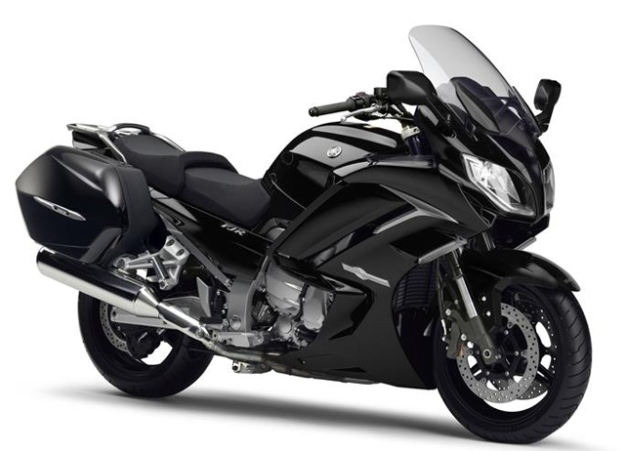 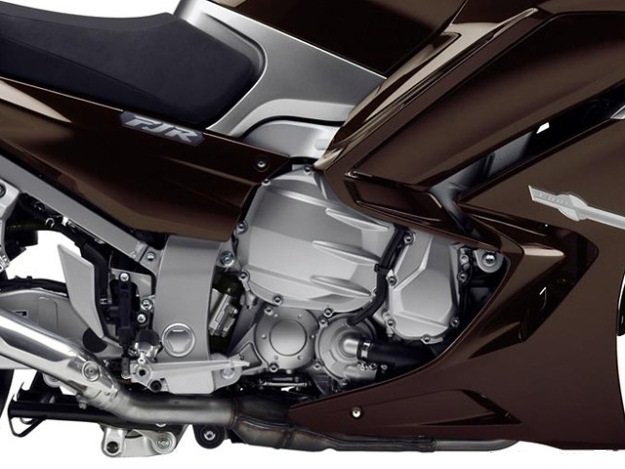 A benefit of comfort

While driving, the biker can therefore opt for a ‘Standard’, ‘Soft’ hydraulic adjustment (more comfort) or ‘Hard’ (more robust). Each of these settings may be further refined, playing on 6 levels (of more 3-3). And to accommodate the system, the Yamaha FJR 1300 AE pare adjustable inverted fork (relaxation and hydraulic) appeared on the Yamaha FJR 1300 AS this year.

In use, we noted an increase ease of use, the ‘AS’ with more than a handful of more progressive electron gas (ride-by-wire). The coupling front / rear braking, available from the declination ‘A’ is of course still in the game. In addition, the Yamaha FJR 1300 AE also retains traction control (TCS) and D-mode engine mapping system present on its ranginess of (high-end). 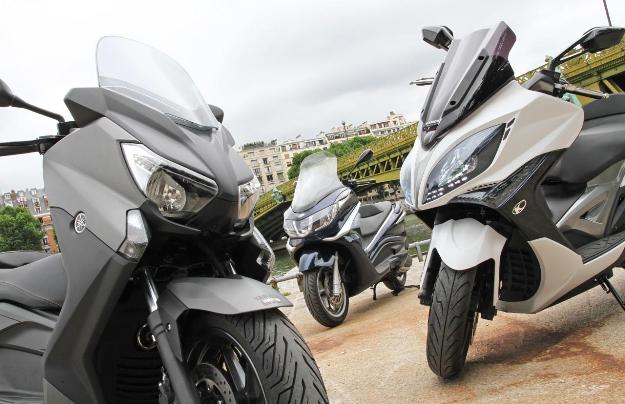 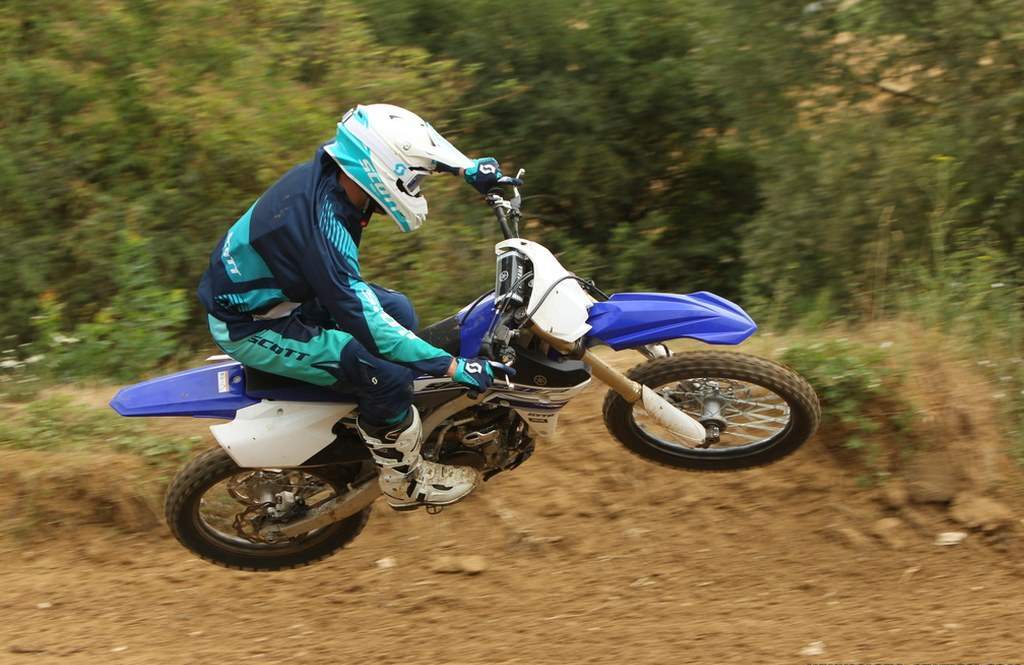 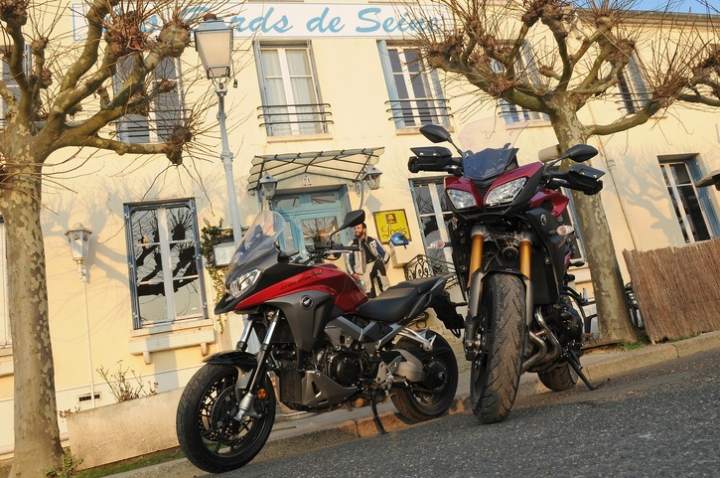