The YZF – R1 is the ultimate sport Yamaha for 17 years. Always singular line, it ended up falling into line in terms of performance. Revolution in 2015. Valentino Rossi himself approved the new Yamaha R1! Return of the Australian circuit of Eastern Creek, here’s our full review of the Yamaha R1 2015. Some trials mark the spirits. One of the very first Yamaha YZF – R1 presented in 1998, during which Manu, yet editor Stations, had proceeded at a frantic pace in the South of Spain in the company of Jean-Claude Olivier. Or even that of 2009, where I myself had unadulterated Cross Plane on a circuit of Eastern Creek white hot.

Six years later, the Yamaha R1 2015 allows me to come back on the Australian track, modified and extended since then, but still used as a test track to this new generation of the superbike to the tuning forks. A motorcycle on which Valentino Rossi, MotoGP iconic driver, has himself worked: a program…

The question: “what have you retained from the previous model. Hideki Fujiwara, project leader of the R1, responds: “maybe 3% of the parts. Suffice to say nothing. What is noticeable at the first glance: finished pots under the saddle, large fires, the side air intakes. The Yamaha R1 2015 marks a brutal style break with previous vintages. The function also dictated forms of the new R1, with notably a frontal surface reduced through a central dynamic gorging airbox directly through the steering column.

Was left to the designers to work the Visual signature of this new front. With consequence to House a LED light at the base of the fairing to maintain the illusion of a motorcycle without lighthouse, almost a M1 road! YZF – R1 Between Supersport and MotoGP

Accordingly, one is struck of at the outset by the template of the new R1, which approximates that of a supersport, or even of a MotoGP. The Superbike Yamaha had ceased to take weight over versions, especially since the arrival of the Crossplane technology: by 2015, it displays 199 kg all full facts (advertised), despite a technological race that would inevitably strike the weighing.

More than the (855 mm) seat height or its great firmness (TBC on road), it is the rapprochement of the steering column that surprises: the new R1 is almost also picked up as a Yamaha R6, with handlebars low and narrow bracelets. Indeed, unfortunately for the great templates, space on Board now is counted as part of road use.

Using circuit on the other hand, travel on board are privileged. Much like on an Aprilia RSV4 actually. There’s a finesse unpublished crotch on an R1 and a fairing well less enveloping than in the past. In comparison, the previous generation of YZF 1000 would pass almost to a Sport GT! Is Yamaha R1 more Agile Hypersport of the Moment?

Our Yamaha R1 2015 are parked in the pits as on a grid with rows of three. The number 3 will be my companion for the day. Visors half fallen, the tension is palpable among the lucky testers of the day, at the time of Discover also explosive new. Especially ominous black clouds are coming soon…

If the roar of the Plane Cross remains familiar, 4 – cylinder seems much brighter to the solicitation of the gas. Polished brake lever setting, the major helmet vents open and it is gone. And it takes little more than three tours to appreciate immediately one of the biggest advances of this new generation.

Slightly hilly, Eastern Creek path is recently a new very sinuous part addressing on the second report. Pif-pafs are linked and the R1 unveils a formidable agility. Natural and lively at the outbreak of the turn, it toggles very quickly on the corner. And most importantly, it opposed little resistance at the time of the meeting. Driven with the thighs, she atomizes almost baffles like a 600, with a very regular failover requiring dosing a perfectly calibrated electronic throttle. But if we cling too much to handle, or is forced onto the thread of gas change the angle, direction feels lighter immediately. What could be more normal with 200 horses and only 1 405 mm wheelbase?

However, this agility is synonymous with ease. Despite bitumen sometimes ripples, “If largest” Superbike Yamaha remains controllable and precise: thanks the Kayaba suspension! Some “rails” of the category may offer better stability… but we do not tested on the bumpy path of Eastern Creek to confirm.

On the other hand, it becomes clear over the towers that R1 2015 loves of a cockpit without downtime, with long maintained braking to curve before out on the net for gas. There, it is very very strong, especially in the corners, where it is still possible to improvise. This is what distinguish themselves from the generation prior, quite clumsy in these conditions.

Very powerful, the ABS coupled Racing balance the load between the front and the back, sometimes at the expense of the feeling on the lever, with a not perfectly gradual power. The Ducati Panigale 1299 S, in particular, seems to do better on this point. Whatever it is, the heading maintenance remains very healthy despite the cavalry deployed by this so compact bike: on-board electronics ensures the slightest gap. Equipped with the brand new Bosch Inertial measurement Unit, the Yamaha R1 2015 analysis with extremely close cycles all aspects of pilotage. Six areas of work like acceleration, deceleration, angle taken, wheeling, power braking, side sliding of the wheels are constantly shelled by the sensors to ensure maximum security. With approval of the first order, the system to be forgotten to the use. Although an orange alert light may flicker to announce the entry into operation of assistance, all turns out stunning transparency.

Passing from one mode to the other, measuring differences in reactivity of the ride by wire or traction control intervention, but overall, pilotage aid is impressive. Thanks MotoGP technology transfer! Still getting used to navigate to the dashboard to capture all the subtleties of the settings offered by the 2015 R1. Opportunity to Check the Potential of the New Engine

We begin the third driving session, after a large grain. We had to wait until the track dry and the urge to resume the handlebar is that greater. Sided trajectories enable outs more muscular. The opportunity to check the potential of the new engine.

New crankshaft, revised cylinder head, catches, 200 horses without forced distribution we move the 2015 R1 engine bench to check, the Crossplane still owns a neighboring character of a V4. Less flexible that a four-cylinder conventional online, it claims to be maintained above 3 000 rpm to express themselves fully. An easy exercise given its heightened alertness. The block tows always strong enough at midrange, but perhaps less than the previous generation, in sensations. However, past 7 500 rpm, with the opening of the valves and valves, 4 cylinders sounds the charge and pushes the fire of God! The surge of power mobilizes then the attention of electronics to curb the weakness of rotation and sliding.

Between 8 000 rpm and 12 500 rpm, the engine loose an avalanche of horses, then calms down “nicely” with an end of linear boost. If the previous R1 was alive and performing, she struggled against the latest. The R1 2015 draws exceptional acceleration, arguably among the best in the category.

A deceleration Tower allows a glimpse of the daily life of the large blue, less capacious rocket, equipped with a saddle or road potential farm but providing proper protection.

R1 2015 also presents a selection a little gruff to the ascent and the descent of the reports, as often on the Yamaha. It should be bossy with the selector, and sporting use, the shifter only allows for ride reports, unlike the BMW S1000RR for example.

On road, the nature of the engine, which focuses on high revs, will obviously more to roll at good pace. With approximately 170 km/h at bottom of first long on the free version, we immediately understand the positioning much more racing model.

In the end, roll in Yamaha R1 2015 daily will not mean approval, and as most of its competitors, will certainly generate its dose of frustration. Unsurprisingly therefore. Technological background, performance overall, design assumed: in 2015, the Yamaha YZF – R1 hits as hard as in 1998. With a nearby weight/power ratio of 1 (199 kg all full facts 200 c. in free version) and audiences to pilotage impressive efficiency, she buries the previous model. But in fact significantly towards use on circuit. That then blame this new basis certainly very well born, and for a long time? A dashboard too dense to remain readable in Route mode, a selection and a brake to the improved feeling, a part of the framework significantly exposed in the event of slipping. Little more, finally, taking into account its specification. 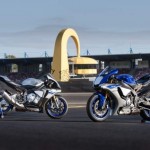 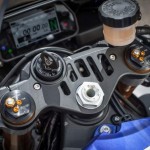 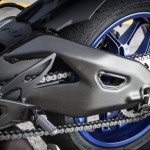 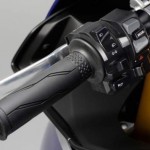 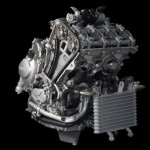 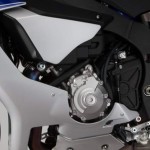 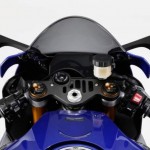 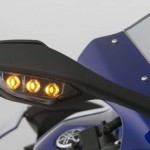 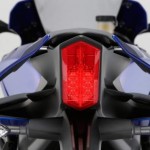 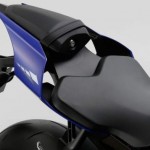 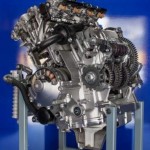 Yamaha 400 SR Scrambler by JPD Custom: It is Special