Although it seems like only yesterday, four years ago that BMW presented its maxiscooters. The time therefore for a renewal of half of generation in the BMW C 650 Sport affects up to its name there was little point the old name with its displacement. So far not been able to unseat the Yamaha Tmax as best selling maxi and therefore in its edition of 2016 is not only the name that changes. At the moment it is not confirmed its release date, but will be felt at the EICMA 2015 (19-22 November). The sporty DNA of the most powerful BMW motorcycles is present in the design of the BMW 650 Sport 2016 with a redesign that affects keeled over. Most notable in any case is to change the design of the instrumentation and silent, now with a new deeper sound for reasons of approval. The BMW C 650 Sport has not only handsome, also refines its dynamics in several sections. To start your online twin engine of 647 cc and 60 hp at 7,500 rpm now meets Euro 4 standards for equipping the new unit. A2 license holders can limit it to 48 hp at 7,800 rpm. Two shafts are dynamic improvements in the C 650 Sport. By setting aside the new CVT transmission makes more agile the clutch actuation and secondly the fact that now comes standard with automatic stability control ASC Automatic Stability Control which increases safety in curves . They are complemented with standard ABS brakes and the new setting of suspensions and shock absorbers. Hopefully we do not pass the bill in the price of these improvements for a model that is not already exactly cheap. 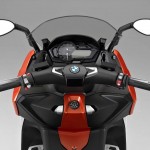 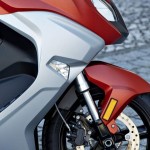 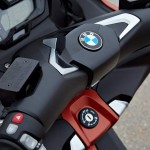 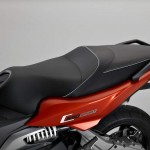 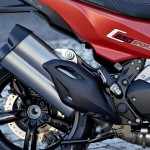 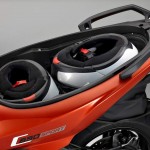 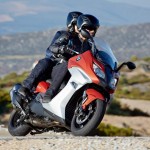 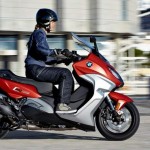