Winner of the top ten Grands Prix of the season, Marc Marquez began to be able to dream of an incredible 100% success throughout the season. A broken by teammate Dani Pedrosa is the first driver to beat the world champion this season, ahead of the arrival Yamaha duo Movistar dream.

No, Marc Marquez is not invincible. Despite the feeling that he left in the paddock since the start of the 2014 season, the Spaniard is finally a man who may know a day without. That day was Sunday at Brno. And his three main rivals have not missed the opportunity to kick off the official HRC podium, starting with his teammate Dani Pedrosa who benefited from testing by Honda in the Czech Republic there is a few weeks to adopt to First of all a great pace. However, he had to get rid early in the race a Ducati duo Dovizioso / Iannone still seen in the early rounds and a Jorge Lorenzo eager to make fast the trunk.

But finally Pedrosa managed to take a slight lead in the race to lead as he likes to do and resist until the checkered flag to Lorenzo also author of a solid performance. Valentino Rossi was delighted for his hand to complete the podium after his fall on Saturday and especially in the standings ahead of championship leader. Another pilot satisfied with his performance on arrival, Andrea Iannone fighting on the line of Andrea Dovizioso’s factory machine. 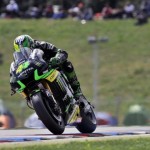 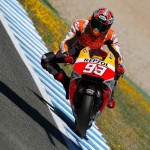 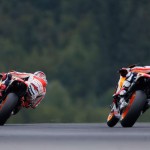 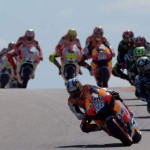 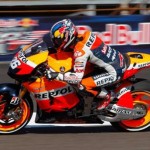 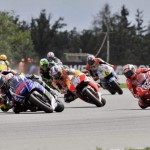 In Moto2, Esteve Rabat proved untouchable despite the efforts of his team-mate Mika Kallio who put pressure on him throughout the race and eventually fail three seconds behind at the finish and make five championship points. Sandro Cortese rides him his first podium in the category before the Suter Swiss Thomas Luthi and Dominique Aegerter who fought throughout the race to benefit the Interwetten driver. Maverick Viñales takes her sixth place while Johann Zarco crossed the line in ninth place in Brno.

Nina Prinz wildcard 2014 for the MotoGP of Germany