Perolari takes the lead in Moto 3

This saturday’s race- Enzo Boulom got injured during testing! Is package while the departure has been disturbed by a fall involving six riders including Renald Castillon Gioanni, Enzo De La Vega and Simon Danilo. During the first half of the race, the gaps are quite tight but the positions do not change. Perolari widens the gap and escaped to victory. Isolated in second position, Casadesus crossed the finish line in second position.

The struggle between Bau and administration is magnificent. Exchanging positions repeatedly, daring but always correct overruns turn the advantage of Bau, which therefore completes the podium. And the Sunday’s race: even if the downpour ended half an hour, the track is still wet for the Moto3. Corentin Perolari takes the best start and manages to thwart the traps of the track and the two successive entrances of the safety car.

These traps have not been avoided by Maximilien Bau, Hugo Casadesus, Loïc Arbel, Karl Croix and Samantha Perez. Left at the end of grid, Renald Castillon Gioanni and Simon Danilo take advantage of these conditions to go back to the top of the ranking sheet and access to the podium before Julian Loison and Enzo De La Vega, who is the first representative of the Challenge of the future MFF. In the provisional standings, Corentin Perolari is logically leads with 52 points ahead of Lyvann Administration 33 points and Enzo De La Vega(32 points, two residents of the challenge of the future MFF.

In saturday’s race- Despite his great start, Alex Rodrigues spends 3rd at the end of the first round and let Alan Agogue take the lead before Remi rooms. The duo’s head will soon dig the gap and detach. Behind, a group of seven pilots are in the fight for the third step of the podium for more than one-third of the race.

The group gradually reduced for concern three drivers from the ninth round: Kevin Jacob, Alex Rodrigues and Charly Hakimzad. Abodunde maintains its rhythm. He made a copy and solitary race. He thus took his first win in this category. Behind, rooms must combine with the return of Jacob and Rodrigues who dropped Hakimzad. Rooms resists while Rodrigues is the fault on his teammate. Into the last turn, the order of the podium is uncertain and it finally rooms that succeeds in Rodrigues.

The Sunday’s race- Alex Rodrigues performs as the best Eve departure. Rémi rooms talonne it but doubled by Charly Hakimzad. After the first third of course, Rodrigues always leads debates before 4 drivers that follow a few tenths. In the eighth round, rooms will return to second place but he made a small mistake in the following round and finds himself at the end of the group. Hakimzad goes on the offensive and finds a fault passing in mind. Rodrigues reverts after several attacks.

The last rounds are a great fight between the first four (Rodrigues, Hakimzad, Abodunrin and rooms), the attacks raining down but the positions remain the same during the ultimate passage on the finish line. In the provisional standings, Alex Rodrigues returned the Sarthe at the top with 46 points before Alan Agogue and its 45 points and Rémi rooms (41 points).

Saturday’s race- The lease / CG take the best start before Delannoy / Rousseau. During the first five rounds, they engage in a great fight that ends on a mechanical problem for the defending champion.

The Britons then have free rein. With ten seconds ahead of the second, Barber / Debroise, they only have to ensure the second half of the race to win the victory. The Manceaux are also lonely and cross the finish line in second place. Brunazzi / Rigondeau ahead Mehta / Gadet for the gain of the last place on the podium. In F2, Guignard / lice are an exemplary race at the top of the category of end to end. The other two markets of the podium are played between Li / Lavorel and Clerc / Terrier. Latter needed in the 11th and antepenultimate round.

In the ninth round, the lease / CG are threatening. Delannoy / Rousseau benefit to increase their pace. Two laps later, the gap is two seconds. Their advance increases even more during the two last rounds and offer the victory to the Reigning champions before the lease / CG. After a lonely, Brunazzi race / Rigondeau access to the podium. In F2, cleric / Terrier prevails before Li / Lavorel and Leguen Cacciolatto. In the provisional standings, the lease / CG are in the lead with 47 points before Barber / Debroise and Brunazzi / Rigondeau which each have 40 points. In F2, cleric / Terrier (49 points) ahead of Li / Lavorel (42 points) and Leguen / Cacciolatto (35 points). 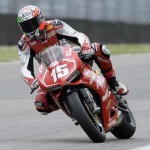 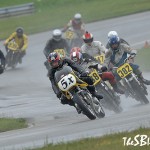 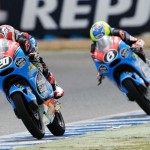 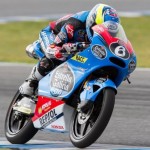