Honda Moto corp. going to give a strange and versatile the NM4 that is comes from the near future where fantasy is reality, where imagination and inspired engineering make every moment feel like a cinematic adventure. It is right said “This is the beginning of a brave new journey”.

The new NM4 With a twist of the throttle, the 670cc fuel-injected power engine engages. Reflections from the street lamps on the sculpted front end come faster and faster with each upshift of the Automatic Dual-Clutch Transmission. Strong Anti-Lock Brakes help you avoid the hazards of a cluttered urban wasteland. Images of everyday life fade away. You are now in the world of the NM4. 1- Eligant style and looks designed is a minds blowing, the NM4 wields a stylish, massive front end, and its fluid lines meld into a low, sculpted tail with dual 16-liter integrated storage compartments.
2- All displays give you information. The NM4’s LED user-friendly display with your choice of 25 background colors is designed to speak to you.
3- Honda NM4’s Automatic DCT is the transmission of the future. It’s super smooth and ultra-responsive. You can even shift the NM4 yourself with the paddle-style buttons.

4- NM4’s 670cc liquid-cooled parallel-twin engine has the torque and power to get around town or wherever your adventure takes you. 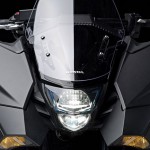 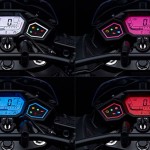 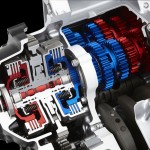 5- The NM4’s 2015 mega comfortable seat is a super-low 25.6 inches so you always feel in control.
6- The NM4’s adjustable backrest makes sure you’ll find your perfect riding posture. Riding tandem? Just flip down the backrest and you’re good to go.
7- The NM4’s front and rear is stylishly integrated with bright, powerful LEDs. They’re highly visible, long lasting and add to the NM4’s dramatic presence. 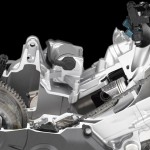 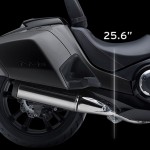 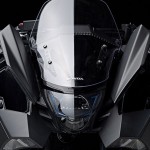 The new honda NM4 look to express that it’s not that difficult to see it as a futuristically styled version of the Honda CTX700, a motorbike that also looks related to the European-market Integra scooter and viewed another way, it seen like as validation of the Dan Gurney’s Alligator concept, what with the NM4’s super low seat, forward foot position, and twin-cylinder engine. So, if you like those envelope-busting vehicles, and perhaps see yourself as a forward thinker who values utility and fuel efficiency without needing to follow convention, Honda’s new NM4 might be prove a wise choice. The Honda NM4 only vailable in black with price of $10999 MSRP. I hope this review and images of Honda NM4 give you a idea to decide to buying this future motorcycle. Let us know your views regarding this comparative and images. 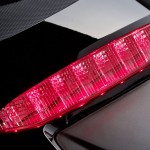 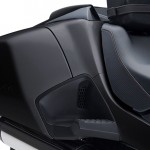 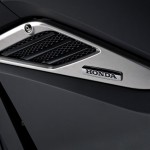 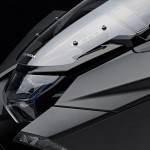 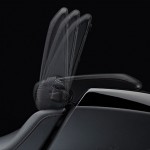 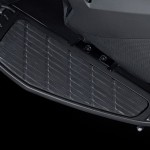 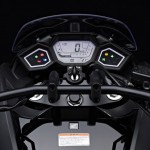 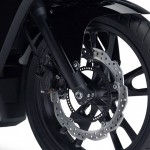