After a year’s absence in the catalog, the Road Glide is back! The monumental tourer Harley-Davidson takes the fundamentals of Rushmore project and added a modern and aggressive style that should be all the rage among bikers worldwide. Including French.

We announced it a few weeks ago; the Harley-Davidson Road Glide is back! Stopped there a little over a year, the production of most modern tourers Milwaukee has taken in the wake of the Electra Glide and Street Glide Rushmore project.
Massive and aggressive lines initiated with the Glide Tour in 1980 do not change fundamentally. However imposing fork head attached to the frame inherits a dual LED and optical device Split stream which significantly reduces the tub at the driver’s head. The infotainment system Boom! Box 6.5GT incorporating a touch screen GPS navigation and is also present.
No water in his wine! Remains to be seen whether the French fans will finally have the chance to be able to offer this 2015 version of the Road Glide Special or if they will wait the introduction of expensive version CVO … We stay on the spot, so stay tuned! 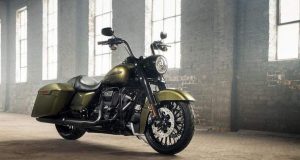 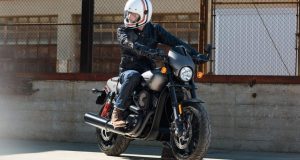 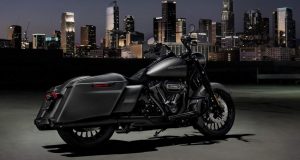