Three months after the Tourist Trophy, Isle of Man is again invested each year by a horde of drivers and roads closed on the occasion of two major events which the program mixes throughout the two weeks of testing and racing, the Classic TT and the Manx GP. Classic TT, unsurprisingly, made beautiful yesteryear machines. And a parade that always meet great success with the public, and more numerous are the drivers of reputations to re-discover the Isle of Man riding machines much less modern and rigorous than their usual sports. Again this year, 3 races were in programme with category 350cc, 500cc and Formula 1 / Formula 2. 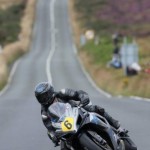 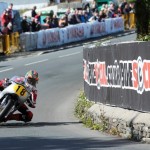 The latter allows the use of machines not so outdated that since a certain Bruce Anstey has been riding a Yamaha GP YZR-500 , founding in passing novel record category with a tower completed in 18’16.324. New Zealand is ahead of another regular at the TT in the person of James Hillier and his Kawasaki ZXR 750. 350cc, it is Lee Johnson and its MV Agusta, which was the fastest to go three laps of race while Ian Lougher won the 500cc race. The Manx GP approximates it much more the Tourist Trophy at this detail that it is reserved for beginners who just want to tackle the legendary TT. Manx GP is reserved to them to make the experience and demonstrate that they have sufficient speed to engage on the Queen test. This year, James Caswell-Cox, Dean Osborne and Billy Redmayne have particularly shown while the senior race was won by Andy Soar but stopped halfway and mourns over the death of Gary Firth. Several French attended the Manx GP and Julien Toniutti, the champion of France of the rallies, which gets a tenth place for best result. 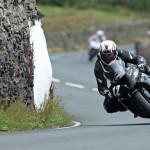 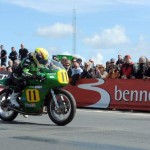