This is the never before seen! Ten days after renewed its confidence in Ducati for 2015 on the occasion of the World Ducati Week, Cal Crutchlow has finally made volt-face and reached an agreement with the firm of Bologna to leave the official team at the end of the season. Just a week after Crutchlow said at the promotional event of the World Ducati Week that he would see his contract by two years, Ducati has confirmed reports that the two parties would share after all. Ducati Corse has announced today that it has reached an agreement with its factory rider Cal Crutchlow to terminate, in advance, the contract between the British of the Italian team in MotoGP for 2014 and for next season also.

But the British of 28 years has struggled until 2014, marking a top 6 finish – at the opening of the season at the Qatar and sitting only 14th in the standings to the mid-season. This isn’t a secret, with only 28 points and a 14th place in the Championship of the world in mid-season, the wedding between Cal Crutchlow night and the Desmosedici GP14 went wrong. And while many heralded the English on the departure at the end of the season despite his two year contract with Ducati, the latter had surprised his world at World Ducati Week in re-affirming his loyalty to Gigi Dall’Igna for 2015. A devotion that has fizzled since only 10 days after, and then he had until July 31 midnight to break its option for 2015, Crutchlow will finally leave Ducati after the Grand Prix of Valencia.

A decision guided by the lack of performance of the Desmosedici, while teammate Andrea Dovizioso demonstrated that it was much better than performance displayed by the English. Remains that it is a good news for Andrea Iannone, who took the opportunity to reclaim a place in the official team. Crutchlow was waited on the side of the LCR Honda team. 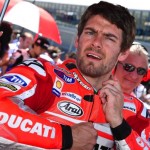 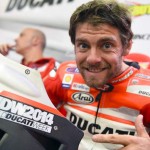 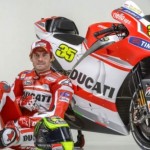 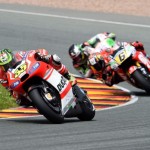 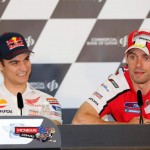 Cal Crutchlow will join the LCR Honda team for 2015 and will have an official RC213V with the support of the HRC, as had a certain Stefan Bradl that it grows toward the exit. A possible including rendered alliance by the arrival of a new English sponsor for LCR, CWM. It will play at 29 years his fifth season in the premier class.

Lucio Cecchinello, the LCR team boss: “We thank Cal for its confidence in our project for 2015 and we are excited at the idea of our new colors through our partnership with CWM.”. From here, we will continue to work hard to finish the season in the best way possible.

Crutchlow has been strongly linked with a move to LCR Honda for 2015. He was previously rumored to be a target for the return to MotoGP of Suzuki.