Ride in less than two minutes at Sepang was until today a difficult feat to achieve. Officially, only Marc Marquez was able to pass under the fateful threshold. 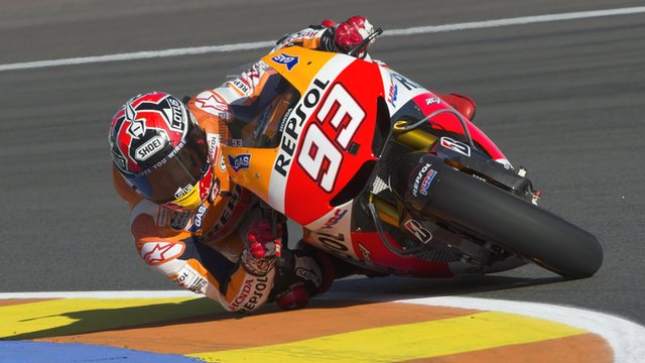 It was the last year with a 1.59.791 was thought acquired for a long time as the record of the track. But this third and final day of the first series of the 2015 offseason tests in Malaysia, the double MotoGP World Champion wanted to show who was boss in the premier class. So he crashed his previous performance almost a second to place the cursor now 1.58.867.

A time that impresses, but we had to do because behind, they were no less than six to surpass the two minutes on a lathe. This means the board level 2015. However, the HRC can leave the track serene discomfort and sure of himself. It’s Dani Pedrosa who follows in the double world champion, with a benefit not only to the doors of 1.58, but also with regularity displayed during simulation Grand Prix makes him a strong favorite for the title race.

The third man is Andrea Iannone, who revealed himself later on and shows that it will indeed reckon with Ducati this year, with Dovizioso is the seventh driver update under the border of two minutes per lap. It is recalled that the Reds are still running with an assumed GP14.3 less efficient than the next GP15 could be the surprise of the year.

At Yamaha, we took note of this situation. We are happy to be in the wake of Honda, but we still regret staying a bit behind Tokyo machines. Valentino Rossi may well be the fourth ahead of teammate that closes the Top 5, it is not so happy with his lot, and removing all the extent of his ambition for this campaign in 2015 he wants to see crowned by one tenth coronation.

For the next Sepang test in late February, the Yamaha should have a new seamless transmission. To finish with the three tuning forks, note that Pol Espargaro, 6th, rolls with the big although pilot of a satellite team. And despite a third fall since the start of this series of tests.

The rest of the pack remains in the range of two minutes and it is led by Stefan Bradl is done well to Yamaha Open the Forward team. The German still rolling with the 2013 engine from the M1 and you can expect the level of his performance with 2,014 mechanics should happen to Sepang 2. Braldey Smith follows and advanced as the best of British to the chagrin of Cal Crutchlow out the Top 10 by Aleix Espargaro to the delight of Suzuki.

A happiness never comes alone since the other big satisfaction of the day is called Maverick Vinales. Newbie among the elite, who in the past two years has been world champion Moto3 and third in his first and only year in Moto2, leading 12th. Surely We’ll talk about that Spaniard when he has a little more power on his GSX-RR.

Nicky Hayden is the best boarders in RC213V-RS to eighteenth place that puts him just behind Scott Redding who expected more with his RC213V. Loris Baz was 19th at Jack Miller Mike Di Meglio as merely the twenty-second behind the first Aprilia rider Alvaro Bautista. The task is huge for him and the Aprilia factory, not helped by Marco Melandri lost in last place. The already outstanding level of MotoGP still seems to be up a notch this year. Strongly on!