After years of lethargy Norton continues to give good news to his fans. After admiring their performance in the Tourist Trophy the last years with the SG3 Norton and surprising last year with the new Norton Domiracer, 2015 present a new model. 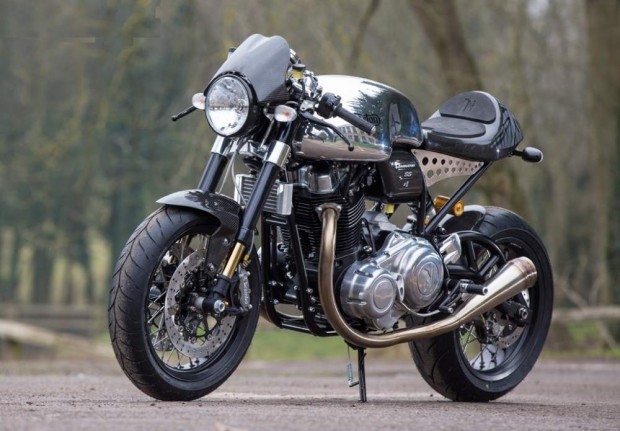 This dye retro cafe racer is distinguished by the same as the version for circuit. Thus, part of engine of a Commando 961 2-cylinder 80 HP at 6,500 rpm and 90 Nm at 5.200 rpm parallel to give it a groundbreaking design with elements of carbon fiber in the dome, colin, front mudguard and side panels and a part cycle comprising Ohlins suspensions and high performance Brembo brakes. 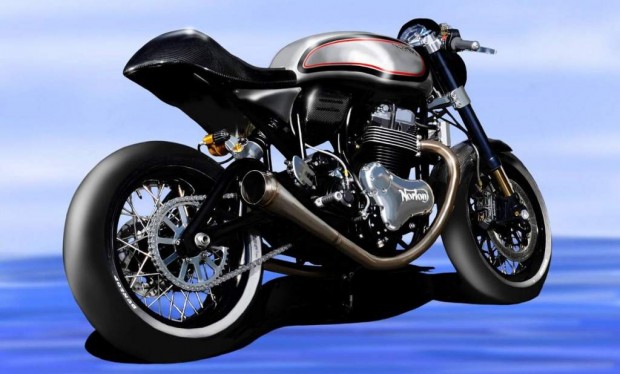 Norton Dominator SS is still developed a machine to deliver top performance on the closed circuit. A track bike par excellence, the first Domiracer but was in a road-trim offered customers who wanted to take the circuit enthusiastically to the street level and the Dominator SS is probably also a road model. 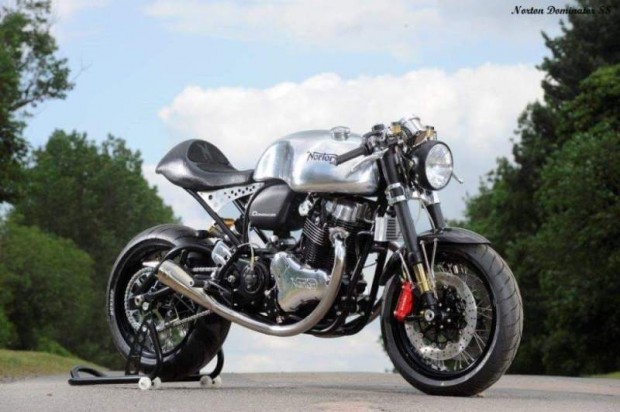 At the moment there is no official information as to whether the Dominator-SS, a road-bike or it will only be offered as a track only bike fun. Norton’s new bike is, are formatted similarly to the Domiracer, although the rumor mill says it is not so many high-end parts in the production version. As already mentioned takes place in the United Kingdom in late January with the rest of the world to see the bike later in 2015 the introduction. 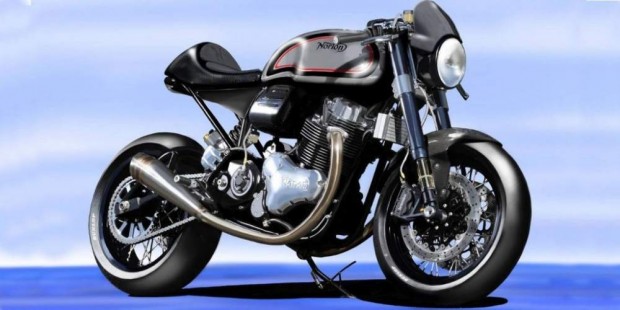 The initial circulation in the United Kingdom by 2015 is 50 units and depending on its success will also run limited throughout the world. One of the retro of the most spectacular in the latest batch, although its price widely exceed the 20,000 euros.