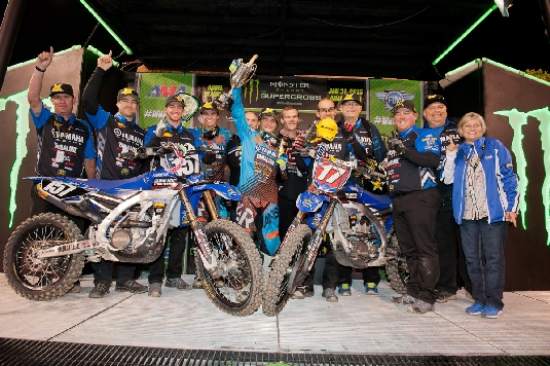 The eighteen year old made a good start at Angel Stadium, Anaheim East Los Angeles and passed away Jessy Nelson in mid-race to win the accolade on the YZ250F and continue its series of sterling form three weeks after the announcement of his first career victory in Phoenix for the second round of nine in the series. 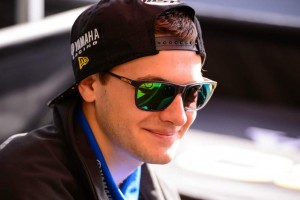 Anaheim “3” due to the third visit to the room was the site of the second success of Angel Stadium this term Webb and his latest spoil helped stretch his lead in the standings to eighteen points over Nelson. It was a memorable evening for Star team which also boast the 2014 AMA Motocross champion Jeremy Martin 250MX in their ranks who saw Aaron Plessinger make the podium in third place in what was a career turning point for the young. The YZ250F was a protagonist in the class of the West Coast with Alex Martin also break the top three last week in Oakland on its Rockriver Yamaha.

“I finally had some killer starts and I really wanted to win tonight. I’m happy for my teammate and my team Yamalube Racing Star to go 1-3 is a pretty cool night,” Webb told on Live TV team Supercross. “We are doing well now, but we have to keep the ball. I did not do well at first but Anaheim winning ‘2’ and ‘3’ is spectacular.”

In the premier class of AMA 450SX Justin Barcia JGR Yamaha is currently sixth in the overall standings in his first season with the YZ450F.

For Webb and the rest of the riders YZ250F output this weekend at Petco Park in San Diego will be the last meeting until the Supercross moves in the US and begins near the west with the luminaire NRG stadium in Houston on 11 April. The Texan stop will be seven round nine.