New trail 2015 Hamamatsu constructor, the Suzuki DL 650 V – Strom XT adopted a style more adventurer than the standard version. Equipped with a few accessories, series ABS, it improves its allocation of series. the re-discover and replace the face of the Exchequer growing of large trails of the market. 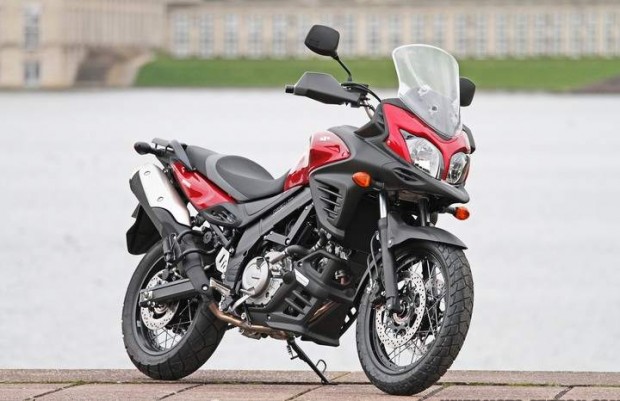 With 396 sales in 2014, the Suzuki DL 650 V-Strom is not really the favorite trail of French – by comparison, the BMW R1200GS/GSA pair reached 3 418 registrations during the same period! Nevertheless, considering the wide range of the market, it is not ridiculous for so many. Appeared in the second half of 2011, the new DL 650 V-Strom had a style all in roundness and turned toward with its wheels spoke. For 2015, the Suzuki DL 650 V-Strom XT shows itself in a new day, most typed big trail adventurer and this new outfit suits her beautifully.

In the heart of the winter, the opportunity to Exchange on the road between bikers are rarer. In full supply of unleaded gasoline, owner of road appeals to me: “This is the new DL 1000 V-Strom?”; I replied: “No, it’s the new version XT 650”. He continued: “really? She is beautiful! It is because the spoked wheels, it is rich! “.” Good note in passing my dear, and indeed, the spoked wheels equipping more often the big top trails of range. It is therefore a good pick for Suzuki, especially since they are tubeless, without room and therefore more comforting in case of puncture. I meditate on it in re discovering the DL 650. 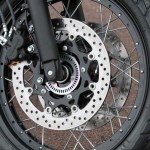 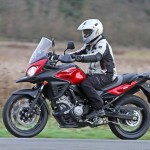 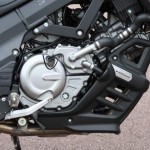 Its ergonomics is typical of the genus big trail, with a bust sat upright by a high handlebar and enough unfolded legs. A comfortable position which shows even a little “old school” to that offered by the latest road trails of the market who often have a very broad and nearly flat handlebars and more great finesse in the crotch.

As soon as the first kilometers, I find sensations known and including the ease of handling of the DL 650. Relax ergonomic, soft commands (a soft clutch that will avoid tendinitis), a center of gravity finally low enough for a trail and a motor that chews you work. Unchanged for 2015, the twin cylinder 645 CC v issue of long lineage of the SV and reviewed for the Gladius SFV is still a centerpiece of approval. Flexible, it takes 60 km/h in sixth at 2 500 rpm, a feat hardly useful in everyday life but which demonstrates the elastic side of the twin. 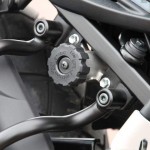 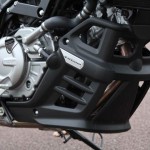 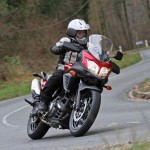 By the way, it is easily possible to travel around the city in 4th, which is already very well for a twin. Filled, enough “horsepower” in solo driving between 4 k and 6 500 rpm, it ensures sufficient times without generating vibrations. Facing a mono, its extension is far from negligible and also his big strong point while his snoring above of 7 000 rpm brings a surplus of character. The selection of speeds, smooth and precise, has enough to give lessons to other manufacturers. Finally, this very endearing engine does penalty as a duo when reminders on highway for example. It requires to stay above 7 000 rpm to exceed quickly. 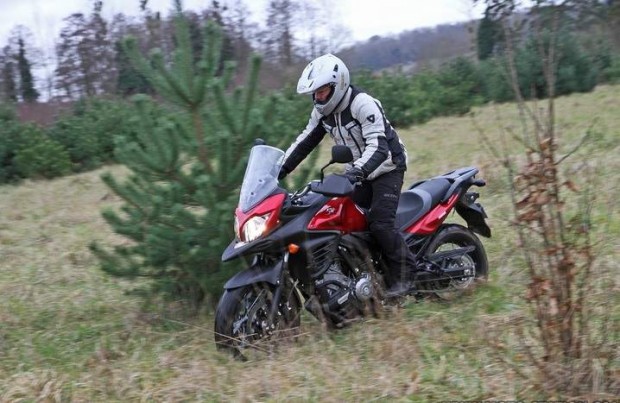 This engine perfectly marries the spirit of the motorcycle. Versatile, this Suzuki DL 650 2015 bring a very honest rolling comfort: saddle that seems closed static but who eventually proves soft road, suspensions a hair farms but sufficiently depreciated on highly degraded coatings. By the way, the shock absorber is not collapsed during our driving duo. The holding of cap or the curve precision are a good level, although series tires Bridgestone TrailWing, are hardly efficient on dry, wet or all-terrain. To take advantage of the full qualities of the bike, is better separating without drag. 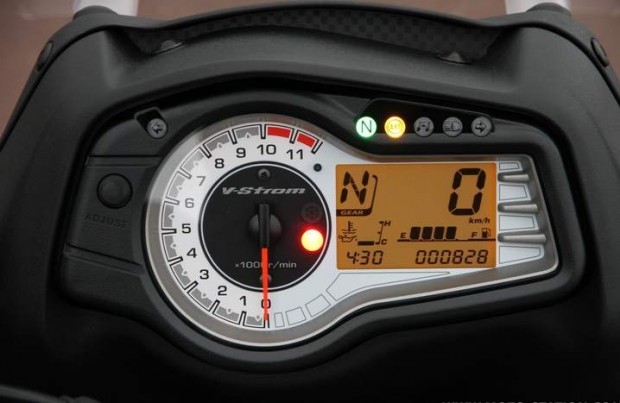 On long course, the comfort of the small V-Strom is therefore to store in the column ‘more’. On winding road, high-performance chassis and the engine available are assets. The security offered by ABS series is not negligible, even if the electronic central unit shows its age with an outbreak of the fairly early anti-lock braking on uneven surfaces. Non-disconnect able, it supports the most road philosophy of the V-Strom, who is all of even not completely dropped in all-terrain “soft”. A little too rigid chassis, equipped with a handlebar too low to be driven standing by the great, DL 650 is flexible enough in engine and balanced low-speed to allow hikes on rolling road. 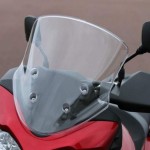 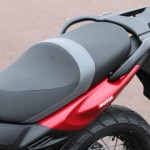 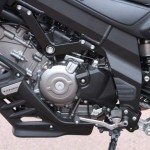 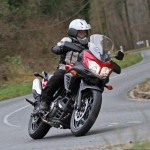 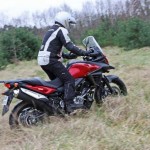