In France, we don’t have oil, but we have ideas: the famous slogan perfectly befits the new Mash Five Hundred 400(500). Designed any of the less thoughtful in France by the SIMA, it is assembled in China to maintain a competitive market price. We have tried this sparkling newfangled in the heart of the Norman winter. 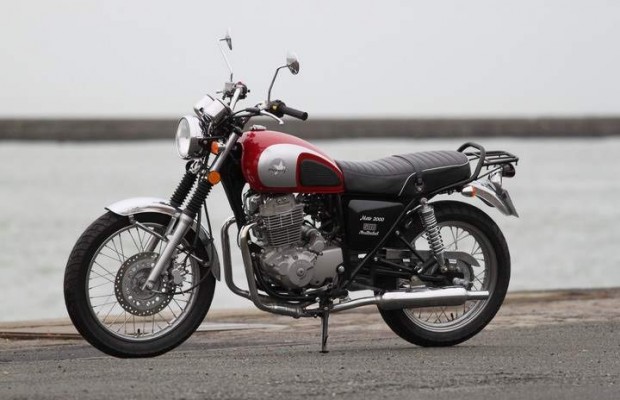 Frederic Fourgeaud, welcomed: Mash sales have exploded in France, with 2,041 units for the year 2014 for all models and it is not over yet, it could be that the SIMA launch other projects for its new brands.

However for the time being, we take possession for a gallop the Five Hundred 400 Mash test. A motorcycle which was therefore scheduled to be sold in 500 cm3. But the SIMA has not managed its technical objective, while the appellation had already stopped. In fact, despite its name from Five Hundred 500 in the language of the Beatles the single-cylinder cube 397 cm3. Almost 400. 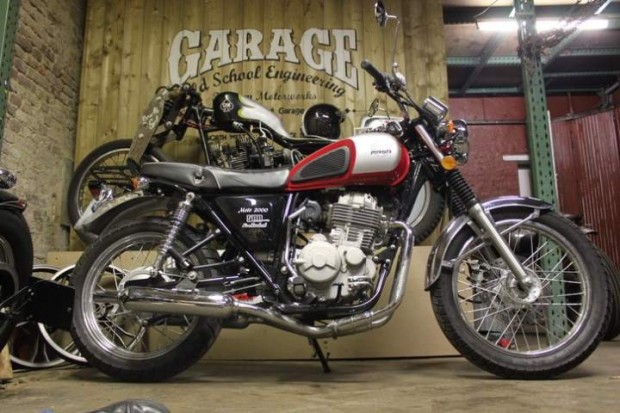 The Five Hundred Mash seems to invite you to approach him at the outset. It is nice and simple, and vice versa. Its neo retro line, which recalls a whole bunch of models of the 70s/80s, is elegant. Certainly, the integration of the Siemens injection is not as neat as a Triumph Bonneville which the hides behind fake Carburetors, but at this price, it is impossible to ask the impossible. 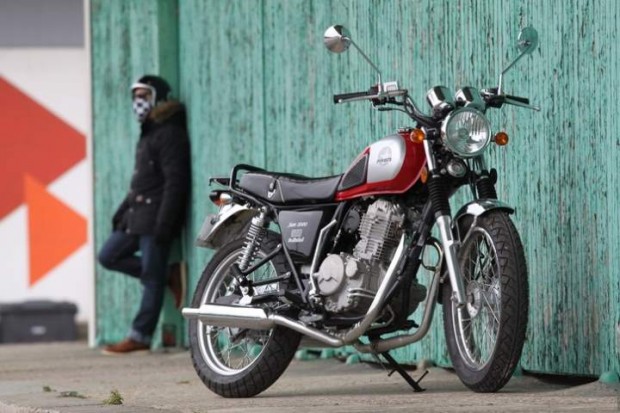 The template is also very relevant: 2,130 mm long, for 151 kg dry and seat height 780 mm. In fact, with my little one meter seventy, I put the feet flat on both sides. And engine man oeuvres off so light motorbike are simply a extravagance. Fortunately given its capacity understand by the way.

Just then the time of start, with choice, not really easy to operate kick or an otherwise more comfortable electric starter, an important point which distinguishes it from elsewhere the Mash 400 Five Hundred of his natural rival Yamaha SR 400 that will start using the shot of Hock. Amazement the sound of the engine is sufficiently sensitive expressive. Entitled to a delicate poum-poum well typed big mono. Go, neither one nor 2, in the saddle.

From the first meters, what appeals the most is the feeling of lightness to the conduct and the pep’s engine at low revs. 151 kg dry with a geometry that focuses on agility, the 400 Mash easily takes in hand and is played quickly congestion. It is an Ant of the cities who sneaks around. The voluntary nature of the engine, especially between 2,500 to 5, 000 RPM, remains this past the stage of location discovery. 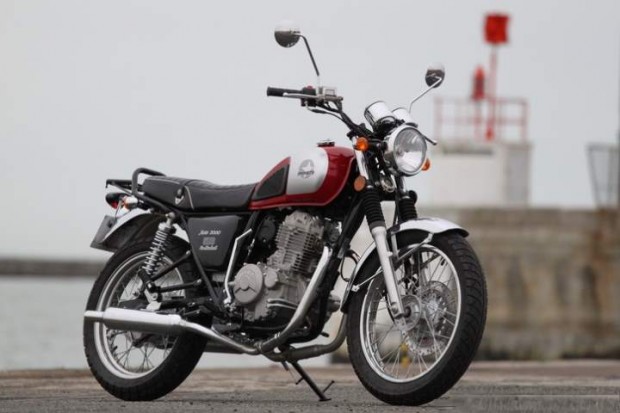 If the flexible clutch, dosed Accelerator and the correct selection are involved in the approval, we soon see a slight dip to 3 500 rpm. It penalizes however more times at low revs in town including that accelerations in shared common use, the engine turning often to higher speeds once on the highway or simple road. Imagine that a work on the injection could improve things.

Anyway, 27 ponies of the Mash Five Hundred the not intended for sporting use. It is a small retro neo typed ride, or even to journeys of the daily subject to banish the motorway links. 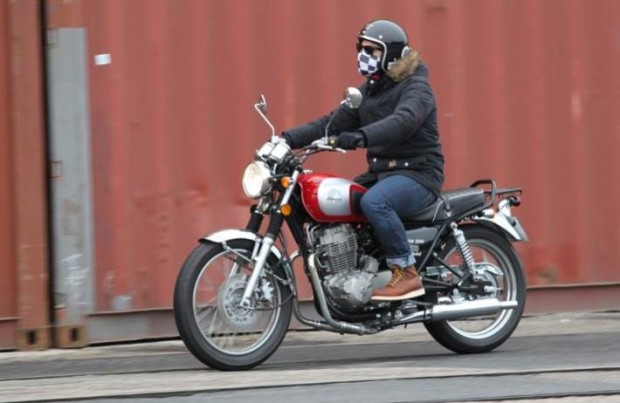 With a big 90 km/h cruising speed meter, is not that it cannot do so, it is simply that it only shows himself not very pleasant. More than the total lack of defense or protection, it is vibration at high revs that dampen to discourage.

Back on the small departmental, we appreciate at its true value the overall behaviour of the Mash. Agile, it remains reasonably stable despite its origin in exotic wood tires: during our test by 3 °, they have never become hot!

The front disc brake provides a beautiful power of slowdown, even if the lever shows pretty hard past the midpoint. The rear drum, far from the figuration, requires to press flippantly halfway, to be unquestionable to avoid blocking of the rear wheel. Once again, the braking is satisfactory in 90% of cases.

Side comfort, suspensions dampen shocks without too great firmness. Imagine that find suspensions of this caliber with a contained price was not an easy matter.

The 400 Five Hundred Mash is certainly a nice shot of the SIMA. Cute, easy to drive, accessible to licensees the A2, sad steps, it

By observing from the test of Mash Five Hundred 400 its positive aspects which come before us is its graceful look, Strong road grip, sparkling line and its affordable price.

On its contrary its observation brings negative aspects  which I would like to share with you are given bellow: