Yamaha catalogue, and for 2015, the XJR is back with a standard model and a Racer version. The opportunity for us to reveal the price of the entry-level pending version. 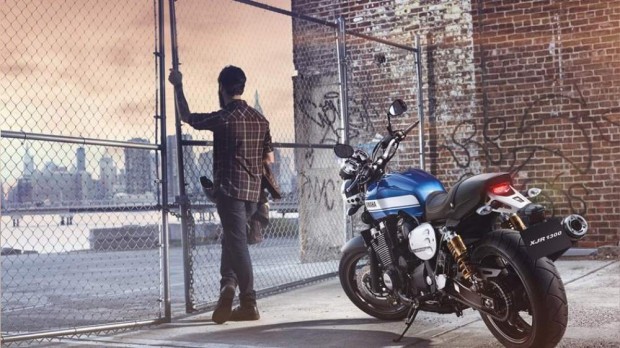 The XJR1300 made his return to the front of the stage and comes back as a star of the ‘Sport Heritage’ range. After 20 years of developments, this icon is more in shape than ever. Powered by the biggest four cylinder in-line air-cooled market, it imposes the respect.

The two new Yamaha XJR 1300 have appeared at the salon of Cologne, at the end of last October. For 2015, therefore, the big roadster appeared more than 20 years ago receives here new a little more modern aesthetic codes, all without sacrificing fashionable nostalgia. 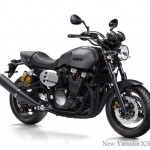 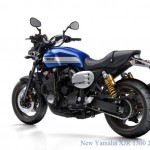 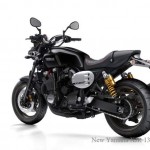 If mechanically speaking nothing changes, it may be noted however the presence of a brand new tank elongated and notched, a shortened rear frame loop, an exhaust system 4 in 1 matte black, side plates aluminium bends, a new front optics, as well as a variable section handlebars.

If with all these changes, we estimated that the new XJR would be priced around €12 000, must be acknowledged that the firm to the three tuning forks has decided to propose a placed fee. Thus, it will take €10 999 to roll with the new Yamaha XJR. For the record, the old model was sold € 9499. 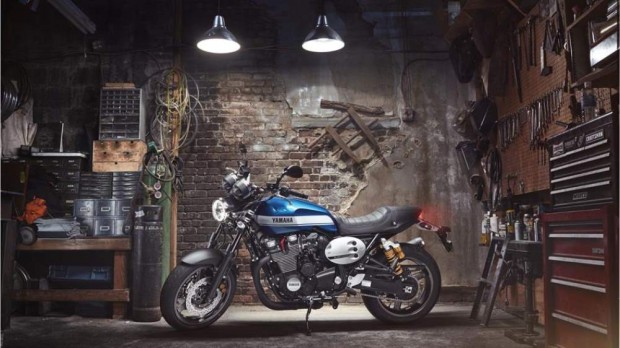 The refined fuel tank inspired by competition machines puts forward the big four cylinder air-cooled the XJR1300. The short style Cafe Racer saddle fits perfectly with the side plates to three mesh vents inspired by 1970s race plates. Its line is complemented by a 4-to-2-in-1 black exhaust and a new tip.

On the other hand, those who are more attracted by the design of the Yamaha XJR 1300 Racer, need to arm themselves even a little patience to learn the price. 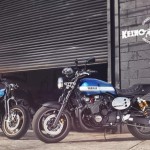 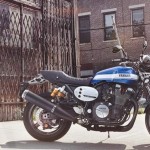 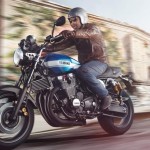 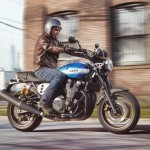