Buy a scooter 125 cm3 €9,000 is certainly not reasonable! Yes but now the icon called Vespa 946 is incomparable a two-wheeler to share, a singular model luxury and elegance, with high-tech equipment found in its segment. We had a chance to try the elitist. Free from defects? Read more! 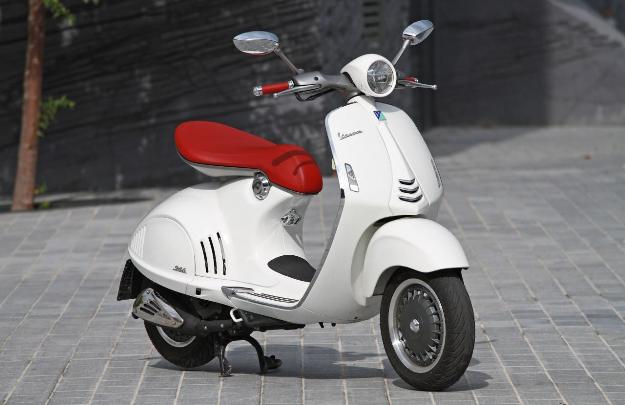 Mid-scooter, half work of art, the Vespa 946 is a unique model in the world of two wheels. We, journalists, admiration for his appearance on trade fairs, we already know.

But this is confirmed today in Paris, where we have the great honor to walk to the handlebars of the rare retro, observed from all sides by fellows, totally stunned! It must be said that this exclusive Vespa has what type in the eye of passers-by, scooter gender sensitive or not… His style nostalgic delighted (it is modeled on a prototype 1946), its color white arraigned, as its saddle and its handles laded in leather flamboyant red. Singularity of this “Wasp” (Vespa in the language of Giorgio Armani), it possesses number of aluminum parts, whereas traditionally the mythical Italian brand employs steel on its ranges. 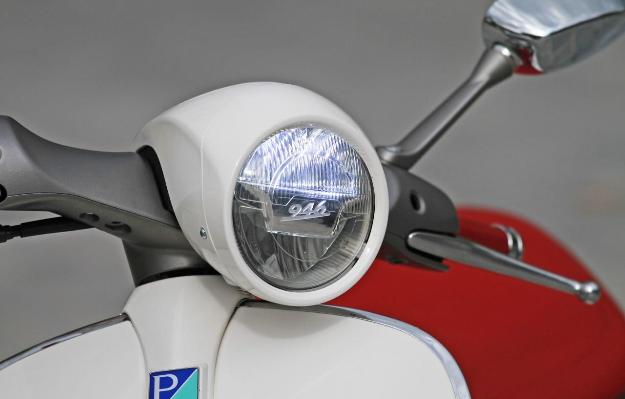 Its hulls, as his front fender, consist of beautiful alloy, but the most prominent remains his post of steering the flashy controls and the handlebar to the brushed texture, on which is installed a particular single headlight. Powerful Leds illuminate the roadway and Vespa 946 logo, melted in the protective glass.

The journal of retail is far from over, Vespa wanting to score the spirits; the manufacturer has indeed refined to the extreme this amazing scooter. The shot is found on the Vespa 946 other unpublished pieces, like the underside of saddle in aluminum, the ends of handlebars, the finish placed at the center of the front wheel, logos and mirrors of the same material, but chrome this time. 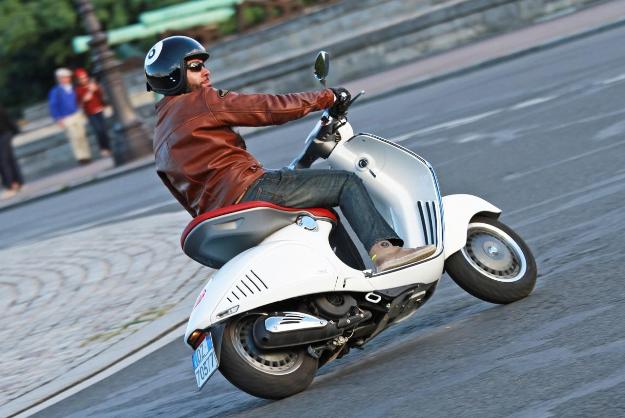 This shade is also worn by handbag with outstanding design and the circular room located under the seat on which the indication I remember Italian 2013′ is etched, indelible mark in this limited series. Don’t misunderstand, as a few curious who have asked us the question, the accessory hides point mechanism operating the opening of saddle, but only the lock placed on the left side.

Under the beautiful sitting with a hydraulic cylinder, there are not storage spaces, except at the level of the rear part where, under a plastic, a stamped Briefcase Vespa 946 can be stored.

The manufacture of the Vespa 946 is no slouch. Qualities of the paintings, leather full grain, but also from the Assembly, are just stunning. We also appreciate the chrome finishes of the taking of central area, the tail light and the edges of the apron and the floor, even if it is true that the junction of the two Side strips could be better worked. We butterflies, certainly, but at €9,000 scooter, this little detail is not welcome. There however the smile with the key of the apparatus, exposing the same curve that the rear wing of the Vespa, a historical form. 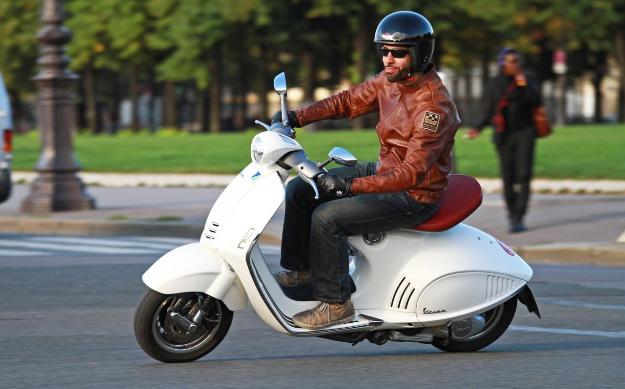 A good home… for the great templates

The Vespa 946 is not a mere object of contemplation. It is made to roll, hence our role today, give you all the information about its dynamic characteristics. To the drive, it should already settle on its base, which is not given to all but perch at 830 mm; it is indeed point more accessible. Fortunately, thanks to its tapered tip, small stencils are able to put the tip of the toes to the ground.

On the floor we find plenty of room and the remoteness of the apron like a Vespa GTS is ideal for large drivers. The pilot views a dash digital, nice and readable. Information to the right stalk scrolling is easy, in the presence of perfectly placed ergonomic controls. 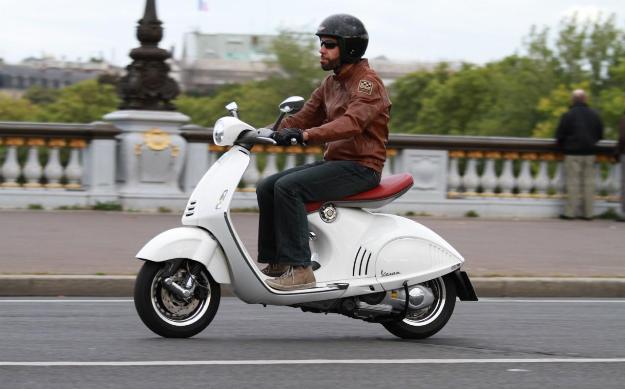 It located on the LCD keypad all classical information, as well as a nice logo representing the scooter (without specific purpose), a segmented gauge, clock and lights marking the presence of ABS and ASR, the system limiting the pneumatic slides rear acceleration.

The bow offers a protective width, but the absence of jumping-of-wind is unfortunate when we want cruiser on expressways. Furthermore with its engine 125 cm3 developing 11.6 horses, identical to that which team the Vespa LX (almost 35 kg lighter), the Vespa 946 does it offer a good approval? That is what we will now test! 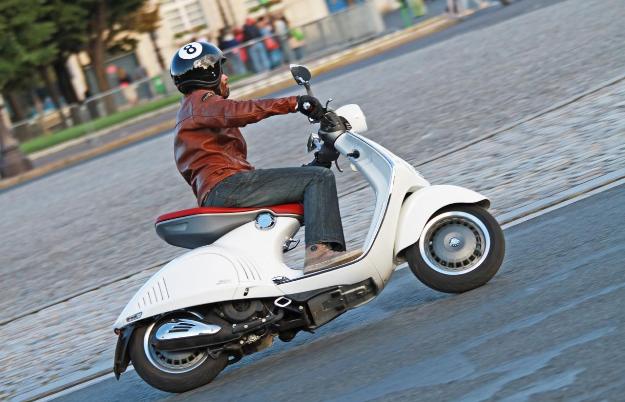 Vespa 946: more reassuring than the LX and the S

Little disturbing tone of the air cylinder and its exhaust (known him also), good throttle response and ability to nervous takeoffs, the Vespa 946 is assessed in the city. We find him a lot of agility, as always on the trans-alpine models, but it differs from the ‘small bodies’ range for its comfort. The seat is soft and the adoption of a new shock absorber gas, placed horizontally, brings great flexibility to conduct, even on the floor of the beautiful areas of the capital.

This equipment also reassures in a curve and as the Vespa 946 has wheels well sized (12-inch), it does not lack of rigor on the angle. Thanks to ABS and to tires to cover slips (Michelin City Grip), evolve on wet pavement is envisaged with serenity. But with ASR mounted on this technology showcase, given the strength moderate gear, even in the worst weather, it is very rare that it clicks into action. 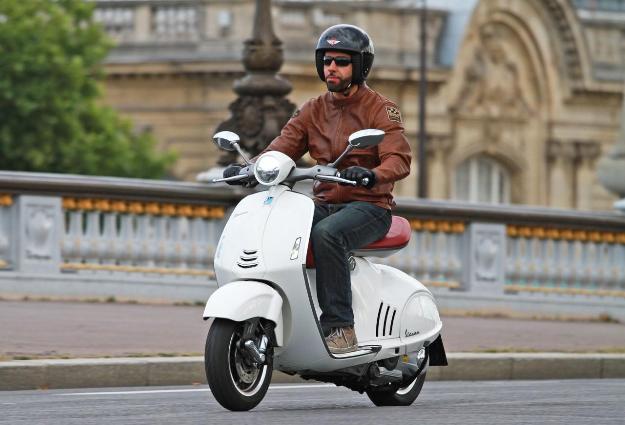 With a maximum speed measured at 97 mph on the GPS, the traffic on roads such as the device is possible. But given the lack of velocity of the cylinder in high revs, the vespa 946 times are not particularly marked. On this ground, for overstaying the anticipation is the rigor. Anyway, the Vespa 946 is not made for the dirty imposed by the commuting.

Luxurious unreasonable models to purchase, its owners will certainly prefer to evolve to a place with a view to another. Obviously, those point importance attach to the capacity of their sumptuous mount and royally file to have practical, as aspects of a side stand for example. 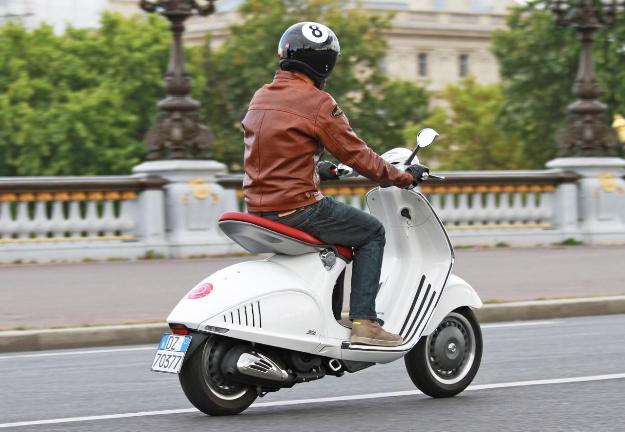 Balance sheet: A collector is born

To make the most beautiful and the most emblematic of the Vespa, the Italian brand has not skimped on the means. It is a scooter rare elegance, incomparable luxury and stunning production, equipped with the latest technological innovations of the brand as its equipment as to its cycle part.

But rather than to equip it with a not out of necessity useful anti skating (ASR) with the eyes of the fitters that we are (ground in the regular tests of ‘conventional ‘ machines approachable to the common of scooter riders), we would have preferred finding a more hirsute motorization – here such monorails it in liquid cooling which equips Great VESPA GTS 125 (almost 15 horses).

However, taking into account the land on which it should roll (or not, finally, both found his account in contemplation of the gear); this seems to be sufficient for the urban cult followers. As €9000 the object trend, moreover produced in a very limited series, it is above all for its collector should raise the purchase. 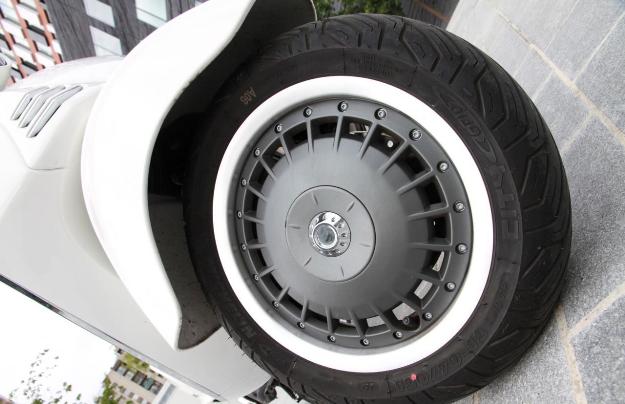 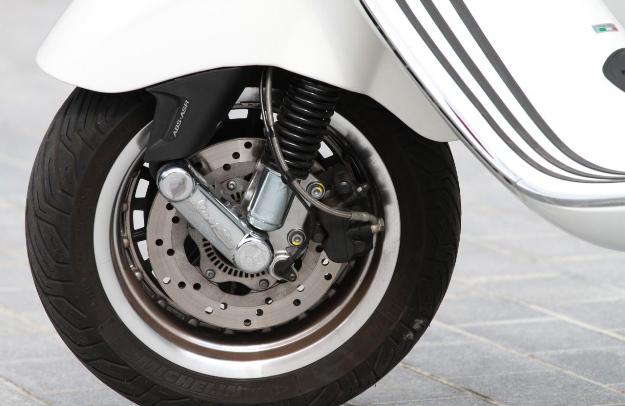 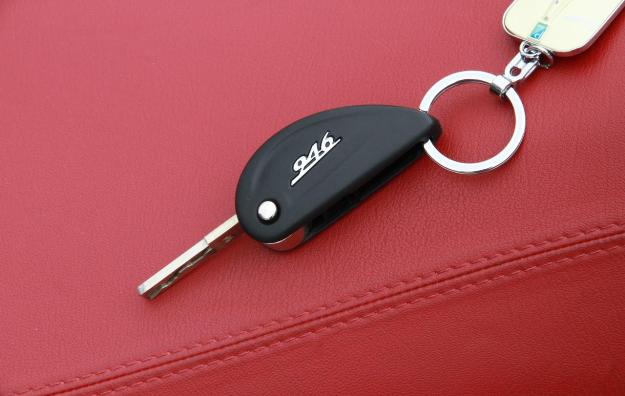 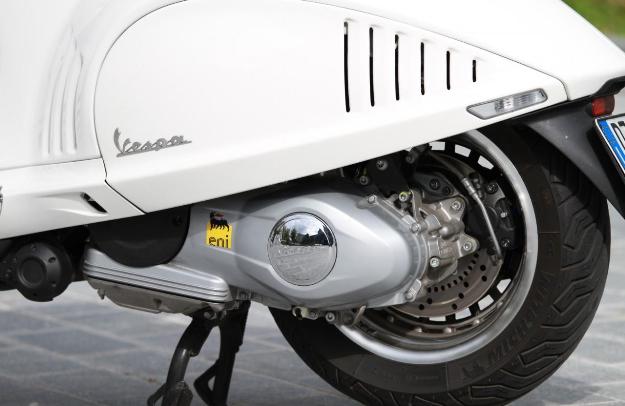 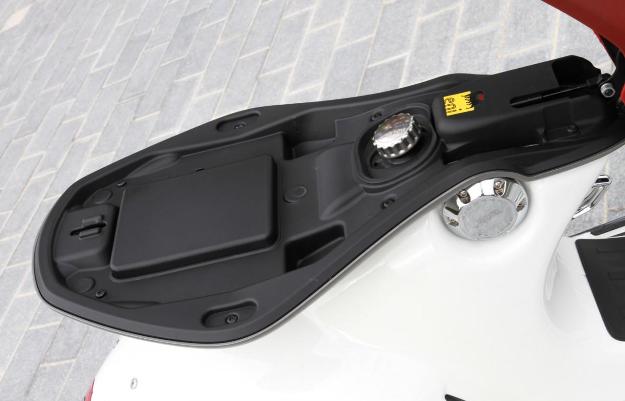 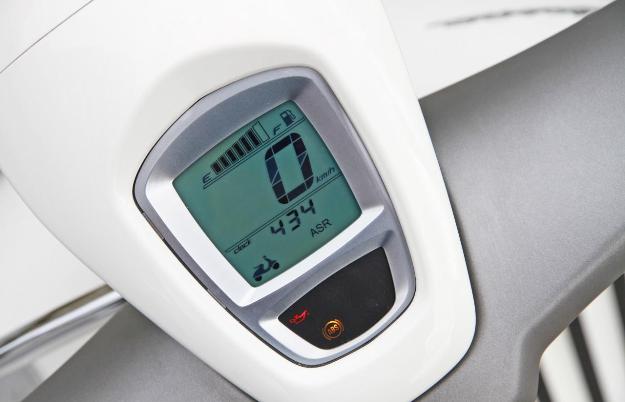 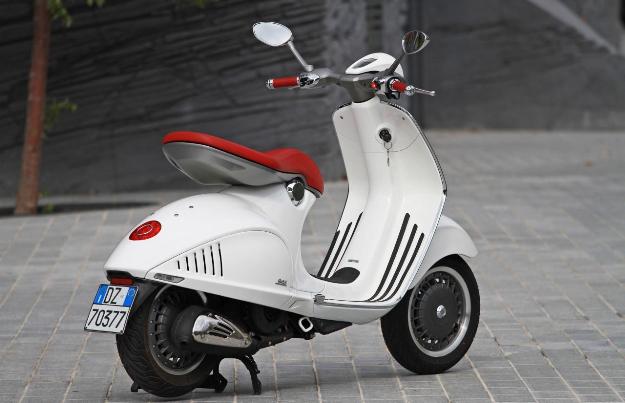