Beginning rhyme not necessarily with “slow“. The KTM Matthias Walkner pilot in any case demonstrated its speed by picking up his first victory on the Dakar. 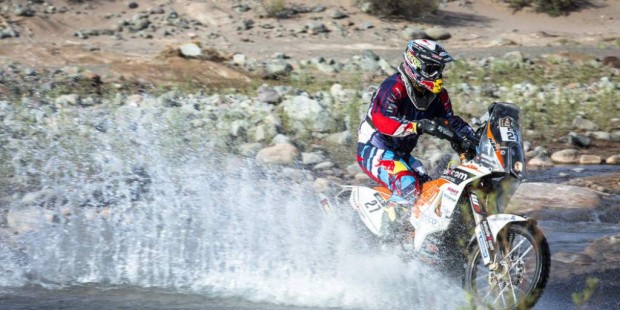 Eighth of his very first special on the Dakar, then 6th special the longest of the rally between Villa Carlos Paz and San Juan, Matthias Walkner was determined to trace the possible shortest path to his first victory on the Dakar. The MX1 – MX3, the Austrian world champion placed in head at CP2 trio before moving the overdrive to drop all specialists in the discipline and open his tally on the Queen of rally test upon arrival to Chilecito.
A performance which places it directly in the drivers to follow, while Marc Coma is already monitored closely by all his opponents. After a loss of more than 10 minutes the day before, the winner in title returned in the shot and will yield only 40 seconds to Walkner. It takes especially more than a minute to a Joan Barreda who has not tried the devil and ensures a solid third place to consolidate its leadership in the general. 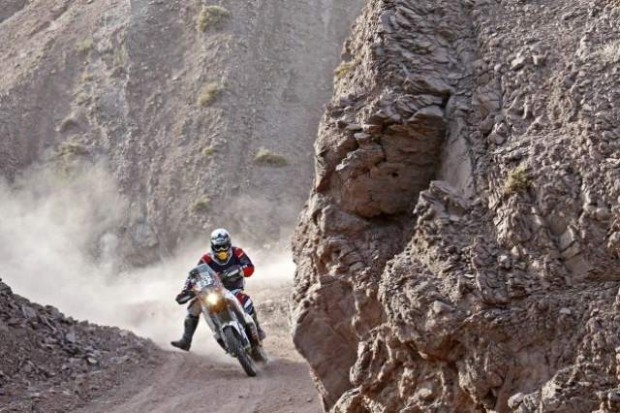 Fourth step, Toby Price confirms the good shape of the rookies and ahead of Barreda dolphin in the provisional standings, Paulo Gonçalves. Alain Duclos made him a nice end of step to bring its Sherco sixth while the rest of the french contingent is more sentencing with including the 16th and 21st places the Yamaha of Michael Metge and Olivier Pain. Note the beautiful performance of the first female Laia Sanz, 17th of the day. 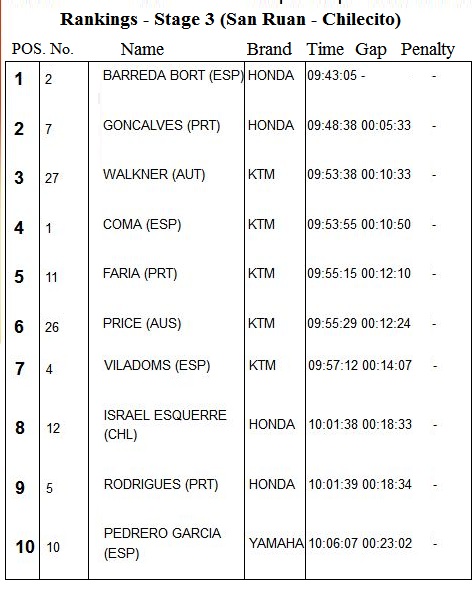