Dinner in Barcelona with Jorge Lorenzo, this balance not bad between friends for MotoGP 2015/2016. 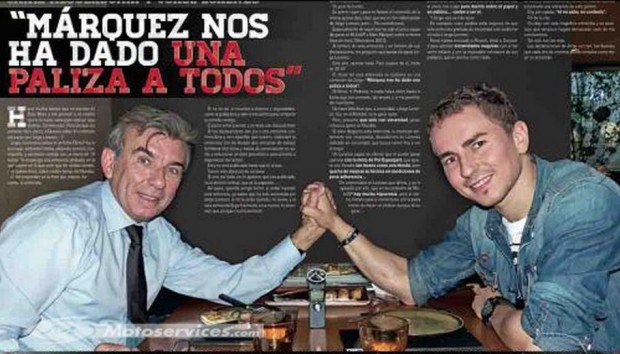 We are in Barcelona, city magic and capital of Catalan Motor sports, in a nice restaurant; with two guests. My friend Jaime Alguersuari, the father of the F1 driver that has the same name, which has created Solo motorcycle in the 1980s, former driver of speed time Angel Nieto. When I knew him, I was at Moto Verte and Barcelona was the world capital of the trial, was senseless holiday ended in GP with loc cars ‘ in the streets of the city.

Facing him in the restaurant, Jorge Lorenzo, one of its very old buddies, he must say that Jaime has behind him a phenomenal career success, and knows so everybody, whether in Spain or elsewhere.

Elements of the Conversation has Taken Over.

For Lorenzo, that 2014 was its worst year of his career and not only because a small Devil named Marc Marquez, but an insane mistakes stacking. We’ll see with delight this blend details and bad faith that makes all the salt from a friendly dinner with a real champion. I invite you to a part of this royal Exchange. Summary of the own person, “Mark did not beat this year, it has flanked us a beating! It’s like that, last winter I passed to let me operate on three occasions. The wrist, the clavicle, the lumbar muscles; suddenly not workout this winter and I arrive at the Qatar at the first GP with five pounds overweight.

I also changed two times coach, everything is my fault, zero planning and then a disaster. During testing I realized that I was the worst of four Yamaha, Factory and Satellite riders. I was knacker-ed after three rounds, and nothing more to be done to adapt to the new Bridge stone. Unable to do what I like, take curves at high speed with a lot of angle. In addition, the new engine lacked flexibility because of the new fuel imposed by the fact to leave with a liter less in the tank. So I had no other choice than to try to go ahead, the tactic at all or nothing. 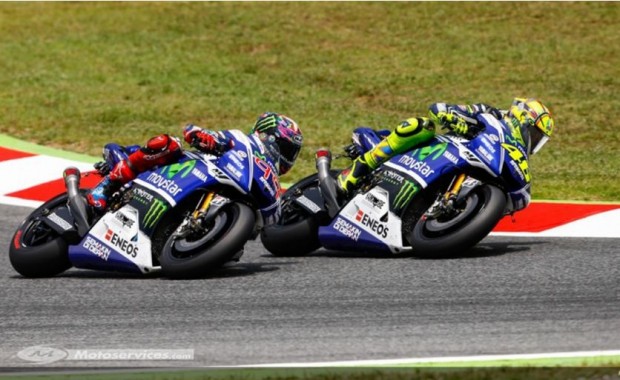 Interesting, already heard, but partially, then there are all of the disaster and it continues…

“At night, I know had calculated that the temperature would make the harder tires. If we had had the tires and conditions of 2013, I would not be dropped. I’d even finished on the podium behind mark and Rossi.

It was the beginning of what is known at the Court of England an ‘annus horribilis ‘.

“I have not lost sleep, I am not part of people who do not sleep at night. ” But day, on the other hand, I was obsessed with the question of how I could go back to, and quickly! In America, same situation, physical runway, I arrived on the grid knowing that I could not fight me, in addition I have a fly which comes under the visor of the helmet, I lose my concentration and I make a false start. Six points in two GP! In fact, he arrived at the Yamaha what has happened at Red Bullin F1. The rules have changed and they found themselves behind. The reduction of fuel, tire us were penalized, the Honda is better output. Neither I nor Valentino were never able to think about the Championship, the title, not enough victories. It has also been beaten by Honda in 2013 because I fall twice and I’m doing me wrong. Without the broken collarbone at Assen, I would have been world champion when mark is put out of the race in Australia for its late tire change. The difference between us two it is providence. He fell fifteen times without getting hurt, me twice and I found myself the hosts. In addition, in 2013, Marquez had less experience; I had to win this title. 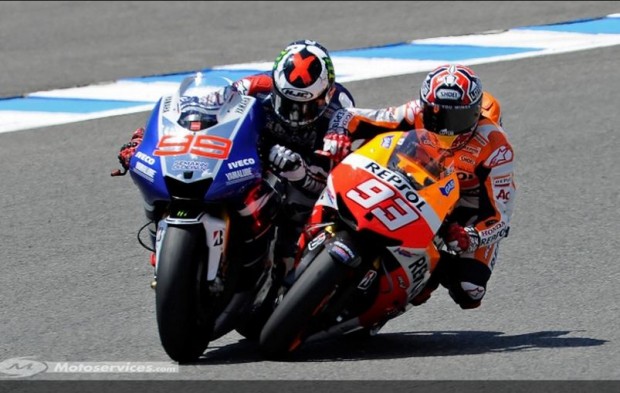 Jaime Alguersuari then brought the conversation on2014. We had understood, this is the chance that was to mark a world champion…

“In 2014, useless to hide.  Mark us all beat because he was in shape, because it was faster, because it was more concentrated. If Pedrosa was number one at Honda, if there’s no mark, everyone would say that the Honda and Yamaha are equal in performance.

Mark would therefore be an unbeatable phenomenon?

“No, think the team of Barca at the time of Rijkaard, who won the Champions line with Ronal dinho. It was contemplation so as to it would never better and yet when Guardiola arrived, it has been five titles. Ditto on a motorcycle. Manuel Poggiali who wins in the 125, 250,it is unbeatable and then it disappears. Freddie Spencer, 1983 he forced Roberts to withdraw, in 1985 he wins in 250 and 500, the two titles the same year, and then he disappeared. The two MotoGP titles from mark does not mean that he can win five more. This year, I signed a two year contract with Yamaha which I am