Already leading sales, this is the Yamaha MT-07 now opinion leader! A full carton and an election that does not suffer from any discussion. And if the big roadsters could maintain justifiable hopes, the magic instructions for small MT showered their dreams at the same time as she convinced the jury. 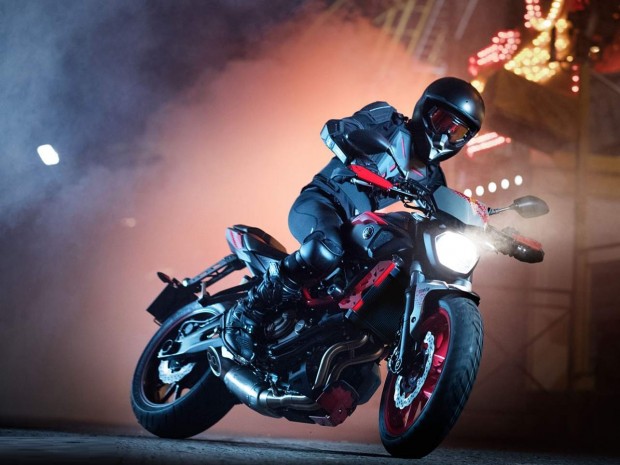 It took until the 9th edition of the election of the motorcycle of the year Moto Revue an average displacement itself again on the charts. Created in 2006, this election had then spent the Kawasaki ER – 6n. Eight years later, the recipe for success is the same. Namely a bike that has been able to treat the form, substance, while remaining accessible to the greatest number and this, in every sense of the term. With its twin full of life, its part-cycle playful and impartial, its predominantly sophisticated plastic and ideally positioned tariff, MT-07 has emerged rapidly as an evidence for the vast majority of the jury. Composed mostly of journalists but also of 4 drives, the jury for the 2014 had to choose among 5 roadsters. Four large displacements of European nationality (including 2 BMW) and an average born in the Japan. An average that has demonstrated excellence, and whether talking about a plebiscite would be exaggerated, recognize his election “in a wheelchair” is nothing.

In second position, 1290 KTM Super Duke R will doinga real nice job. It is a first for the Austrian ending so mark placed in this election. Super Duke R will have played the map of the fantasy and the ultimate performance in its category, and obviously this is fly. And as noted by Eric Antunes of KTM, it also proves that the brand is gaining recognition on the road.

Third, we find the BMW R nine T, an atypical roadster which neglects the sophisticated universe – or at the least technology – its “rival” to concentrate on the essential, i.e. driving without artifices, without make-up, pleasure just with good character to raise a simple but absolute pleasure. The nineT is a real success, aesthetic and commercial dynamic. 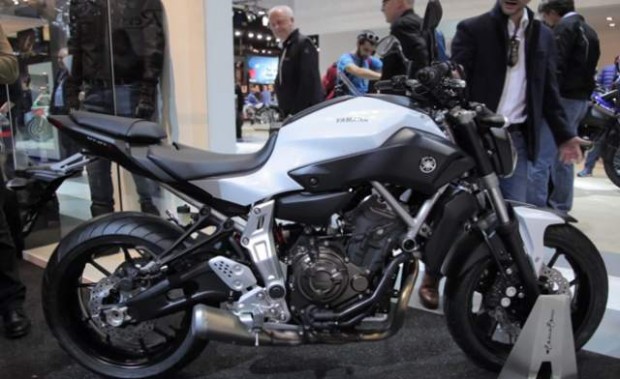 Fourth, the Ducati 1200 Monster missing the podium this year. A podium that Ducati has also often climbed the highest face Panigale in 2012, Diavel in 2011, Streetfighter in 2009, 1098 S in 2007, proof of the excellence of the Italian brand. This year, the Monster 1200 did not convince the jury, which can be explained by the fact that, unlike those that precede it, the Monster 1200 was not a novelty at 100%, but a beautiful extrapolation of a Monster 1100 which many keep also a souvenir moved. Then, looking through the small end of the telescope, we can always say that she finished 4th out of 5, but if it is honestly, calling into perspective this election, it will say especially since she finished 4th on more than 50 models available in preset, which is far from being a snub.

Fifth, the BMW S 1000 R just to convince the jury except a player that the class first, not because it would be a bad motorcycle, although conceivably because in unconditional terms and unlike the KTM who knew how to make a step in controlled excess (thanks electronics)-, the S 1000 R does not bring much more compared to its direct rivals. For BMW, it is a genuine new direction, certainly very legitimate, which corresponds to a arrangement of subjugation, however when screening as a motorcycle imagined in a global directory, as conflicting to a brand, it is a sports roadster in adding together. A great roadster perhaps, but a roadster, which remains nevertheless classified fifth of this election. What is not nothing,you will agree.

We are very proud and very happy to see this MT-07 little win this election year motorcycle magazine moto. The MT-07 is the symbol of the revival of the brand Yamaha renewal started in 2013 with the arrival of the MT-09. If the MT-07 has been able to meet its customers, this is because Yamaha is attached to neglect any of the fundamental chapters as the technique, accessibility, performance, the driving contentment, and the price. All these elements that make it, in the end, if appropriate MT-07 draft. The intention of this MT-07 was to act in response to the expectations of the market, we are very happy that it be successful and the 1st place of this election, the coronation that validates the choice of Yamaha on the MT project.