Biker on the planet, there is a range of individuals who want to stand out, rolling extreme machines or custom templates. We also find motorcycles in production which itself stand out before we even custom. 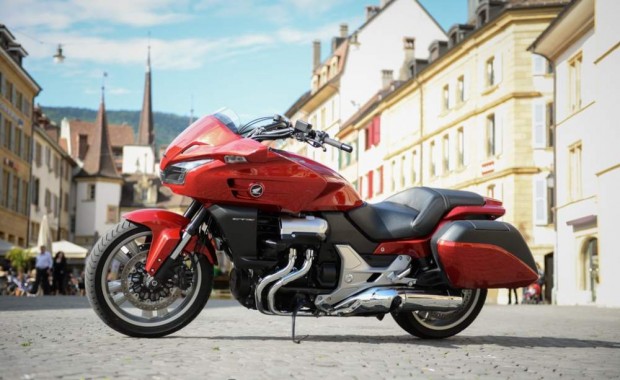 They are not distinguished by outstanding performances nor a completely Eliste price, but frankly unusual design. Honda CTX1300 one of them.

The CTX1300 is one of its bikes that let overlap in a suit and tie. It clearly displays its chic and trendy side. “Chic” for its look, daring and more importantly, completely futuristic, “connected” to the technologies used. We are not in excess, but rather in the “trend” of the sometimes superficial urban fashion.

The CTX1300 is also a bike that is talked about. Whether we like it or not its look if freed, we must comment on when the crosses. In front of the terraces, she UFO among the motorbikes that surround it.

Like any good cruiser, she puts her V4 value. Two exhaust pipes run away from each side of the bike to be engulfed in chrome muffler courts. Just like the big sister F6B from the GoldWing the CTX1300 proudly displays a single-sided swingarm and to satisfy the identity of baggers, the CTX1300 adopts two suitcases profiled a volume of 35 liters each. 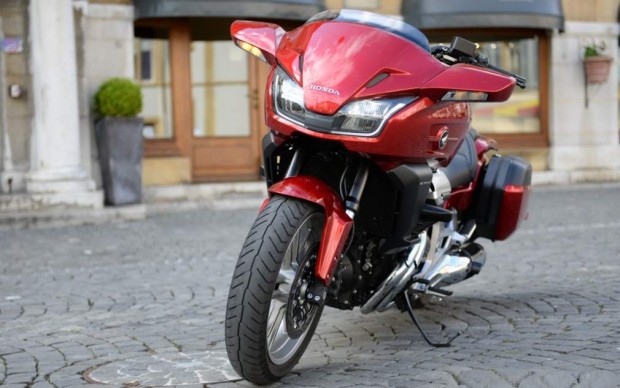 This is the side of the table edge car so that we discover the technological equipment of the CTX1300. To make them even more comfortable ride, it is equipped with an audio system connectivity with Bluetooth and USB. It only remains to load music smartphone or USB flash drive to enjoy a musical atmosphere during the walks. We do not blame the lack of controls on the handlebars, Indeed, the control buttons are located near the dashboard, between your knees, forcing to have to let go of the handlebars to zap from one song to another, or simply to adjust the volume level .. .

The driving assistance include the usual ABS braking combined so faithful to Honda and a traction control that paliera debauchery torque on wet road.  Conduct “safety” and “total control” typically in the spirit of the brand with the red wing.

When details this Honda is the excellence of the finishes that obvious. It would be difficult to make accusations, except that the profusion of plastic, although very good, to the chagrin of chrome lovers. The CTX1300 wants to play its positive image of modern cruiser  on the base through techno. Just look at its front face, bristling with a powerful LED headlight to be convinced. 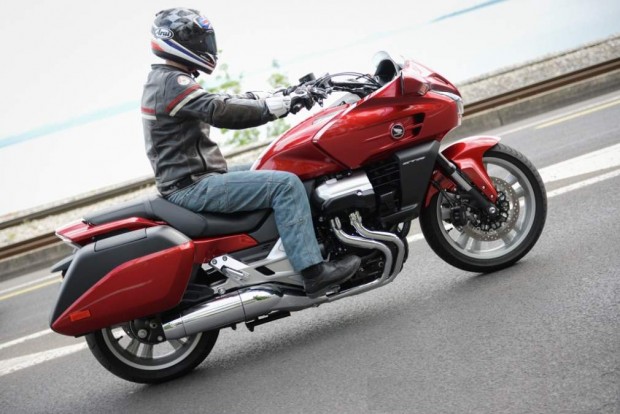 Operator side, the CTX1300 trusted the V4 1261cc discovered the Pan-European. It develops a power of 84cv to 6’000tr / min and torque of 106Nm at 4’500tr / min. Modest values, certainly, but sufficient to allow some tendencies to cruiser 338kg fully fueled. Especially since the bike boasts a rigid frame and good quality suspensions. Besides, at this point, the CTX1300 account on an inverted 43mm fork diameter and two rear shock absorbers (adjustable in preload). Even the brakes are up to at the front, two discs with a diameter of 310mm and above three pistons per caliper at the rear, a generous 316mm disc to sit the bike muscular driving.

On board, it feels comfortable with a very natural position. Our feet are installed on the foot wedges rather footrests as usually encountered on a cruiser. Arms extend forward. And the back remains straight. The saddle only peaked 735mm, which offers the opportunity to have a good command of the bike at low speed. However, the 19.5 liter tank is fairly large. It will, however, be wary of the weight of the machine that could quickly carry you when overzealous. Just raise the CTX1300 the side stand to feel the weight … The technique will save much of the look of balance loss situations, it is a fact and a general with all the bikes elsewhere. 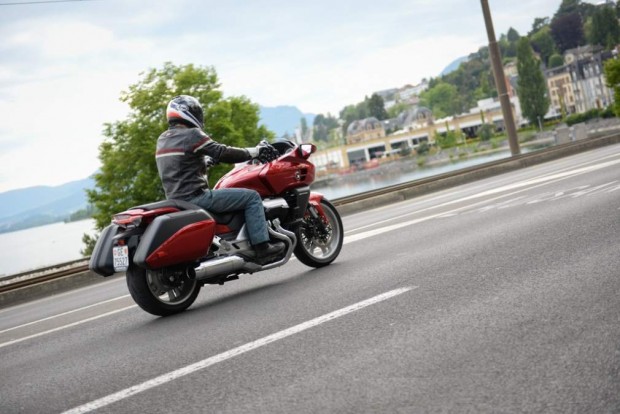 As soon as we made the first laps, it is surprising to its related agility, enough help its center of gravity positioned down. As Marc evoked in his essay of the Moto Guzzi California, the CTX1300 is similar too “hippos in tutus and ballet shoes in Fantasia heaviness image however a feeling of lightness and if by chance a line of cars trying you lift the CTX1300 will hardly be at ease, because its width in a mirror to the other.

As CTX1300 falls halfway between a cruiser and a road, his favorite field is oriented more towards the road along Lake Geneva or long curves of the Plateau. Obviously, she did not balk facing a misdemeanor in virolets the Alpine passes and the Jura foothills. The CTX1300 especially love the great spaces for the peaceful ride. Ride during which we appreciate the excellent speakers audio quality integrated dashboard broadcasting your best songs stored on your smartphone.

And long walks, Honda is able to fulfill. His saddle, both passenger pilot, is a remarkable smoothness. Have sore buttocks seems impossible even after a full weekend pass to roam Switzerland. It would complain that the drought double rear shock bolt that digest road irregularities. While the first letter of CTX1300 code name means comfort, we can still blame this lack of versatility in terms of the quality of the road surface. As soon as you leave the motorway tape or perfect coats of main roads, your spine will be hard to do, especially as the force driving position to vault back after spending some time in the saddle. 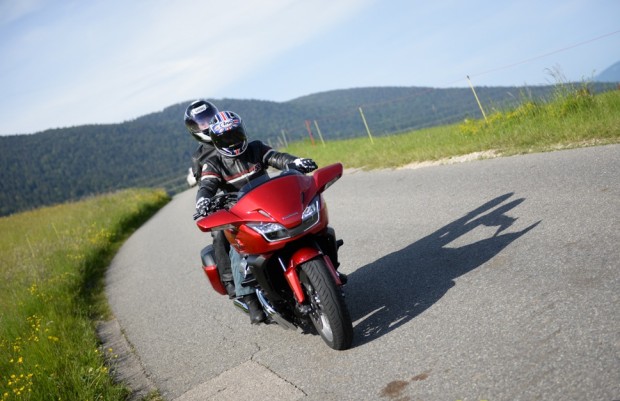 The soften suspension spring pre-load could be a solution, however at the risk of péjorer behavior at high speed curve.

Also in terms of comfort, which was appreciated, the combined braking. In fact, most have Honda coupling rear brake with the front brake. On a roadster or sports, is mainly used, performance pledge. While on a cruiser like CTX1300 is that the rear brake wear! In addition to being effective alone, it is coupled to the front brake to bring the power of braking and stability to the bike. The bike cup horizontally and fastly slowing. We leave, braking  only the right foot as like driving.

While smooth, it moves to the torque of the great V4-1261 cc. Despite its already substantial displacement, it is somewhat surprising that there are not more safe. Too civilized behavior, it is difficult to believe that animates the V4 CTX1300 even ear. We were expecting something more muscular. There, Honda has concocted a wise cruiser unpretentious counter the power cruisers classic competition. Too bad, because it was hoped precisely atypical key with such an architecture-engine. By cons, it opts for sobriety by offering his “potato” from low revs and saving the driver and passenger from vibration. 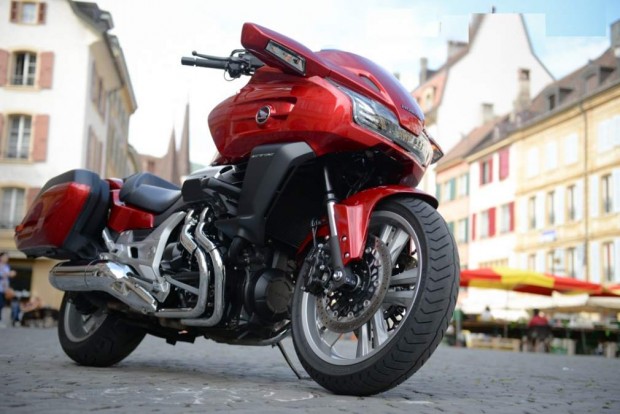 Conclusion as Comfort, Technology and eXperience

Honda CTX 1300 is registered as a UFO in producing motorcycle belongs alone? In this category of hi-tech cruisers. Unique, this bike is designed for riders not like the others. Whoever seeks a bike for the ride and a few trips to both the CTX1300 appropriate. Globally uniform, she is as an easy bike to take that do not will trap at the first corner or taking any brakes. We will buy CTX1300 a favorite! 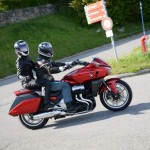 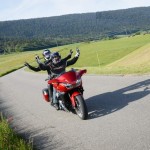 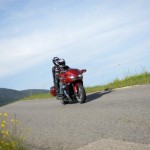 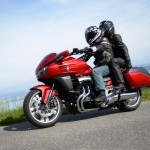 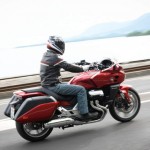 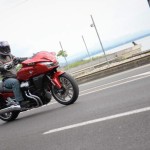 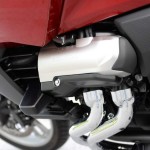 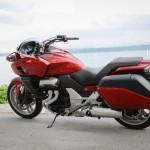 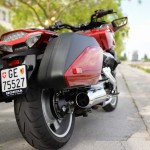 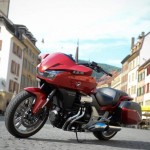