With the focus fixed on the best-seller of the category, SYM presented in mid-2012 the Joymax in two displacements, 300 cc and 125 cc. 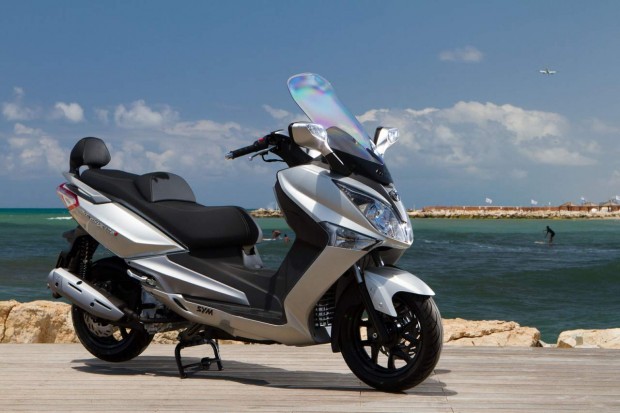 We tested the SYM Joymax 125i, a GT scooter stylish, spacious, comfortable, equipped and with a good dynamic behavior, the anti-Super Dink.

If you look at the list of the best-selling bikes we will not find the Joymax within the Top 10. As a representative of the brand in this group the Symphony which is cheaper is perennial and two GT scooters that do not fall out of the table, the Super Kymco Dink and the Suzuki Burgman. Now the Yamaha x-Max has joined but the Joymax does not fall within the Group of the elect, why?

Because thats what we wonder after testing it and the answer seems to be a price above its most direct rival, Super Dink, and close to that of the famous Burgman and the sporty x-max both with the cache associated with belonging to a Japanese brand. 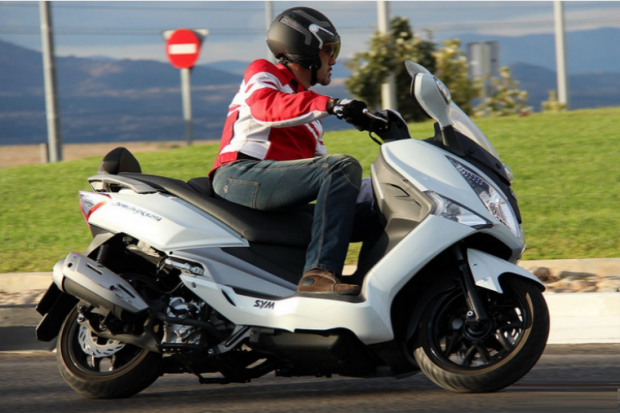 Aesthetically it seems larger than is, above all gives the feeling of being very long, but curiously is shorter than the Super Dink. It has modern and angular lines, large groups optical and intermittent, but it is a mainly practical scooter.

The equipment is one of the strong points of the Joymax. To start it has a box of instruments attractive, full, easy to read and that betrays quality. It has two partial trips, clock, temperature of the engine and fuel level gauge and odometer. A curious detail is that you witness to the kickstand into the digital display.

Plastics have nothing to envy to the megascooters that they nearly tripled him in price, it has clausor with a lid to prevent the alien friends lien it to us and also a circuit breaker under the seat. The clausor cover is good, but it gets whenever you block the address and it can be a bit cumbersome, the ideal would be that you just activated from push button that is next to the own lock to the user. 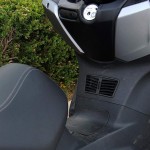 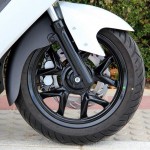 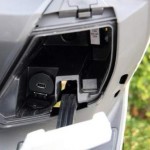 Behind the shield there is no hook holder and a glove box keyless, but inside we discovered an outlet 12V and other USB with lid (point for the Joymax). The opening of the seat is made from the ignition key or from the handlebar contact since. It has damper to facilitate maneuver, courtesy light and into the recess perfectly fit two full-face helmets and more. With ability can even attach a winter jacket.

Last but not least a detail that nothing is new or complicated but is not very common: an adjustable aerator in the central part of the contraescudo to send us warmth on cold days.

Let’s see what we feel the SYM Joymax. To start driving position it is very natural, hands do not go too high or very bent legs. The seat is 770 mm above the ground, perfect to get feet easily but not excessively low. In addition the long platforms are quite low, so you don’t need to much bending the legs at the height of the hip, we avoid colliding the handlebar against the knees in maneuvers and helps us take foot ground more quickly. The Joymax isn’t very wide and also platforms are narrowed at the point where could collide with the legs when we put them on the ground. Hey, the short people can also enjoy this GT safely. 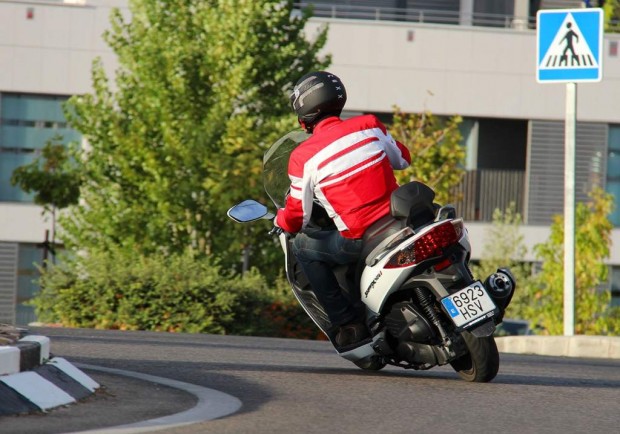 We follow. The driver support is regulated in depth but tool is needed to choose between three positions. Screen has generous dimensions, is not of the enormous which look through it but big enough to protect very well to drivers of until nearly 1.90 stature. And finally the mirrors… In the Joymax not are they anchored to the handlebars but the shield. It is more attractive, allows mirrors to be larger and does not obligate you to divert so much the look of the front. But they bother more in between cars or Park and the visibility is lower.

As the passenger will have no complaint, for it is a GT scooter. Its part of the seat is wide, has support, two large handles, is about high with respect to the driver for better visibility and has folding footrests coated rubber that will never have to play with the hand, because they fold and unfold ‘a touch of foot’. 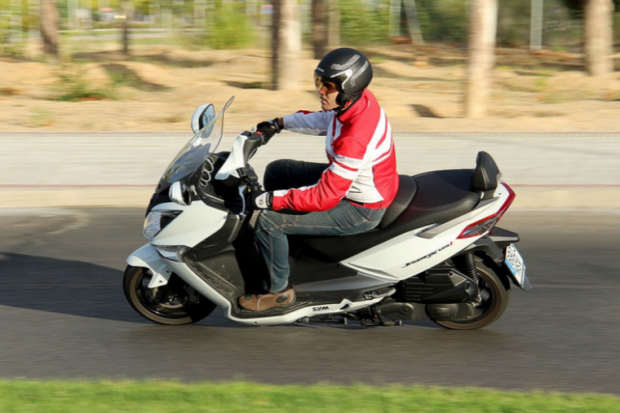 The Joymax maintains the motorization of the GTS, a single-cylinder liquid-cooled and 124,5 cc which is marketed under two systems of power, a classic carburetor or electronic fuel injection. The tested version is the second choice and develops a maximum power of 14 HP at 7,000 rpm. 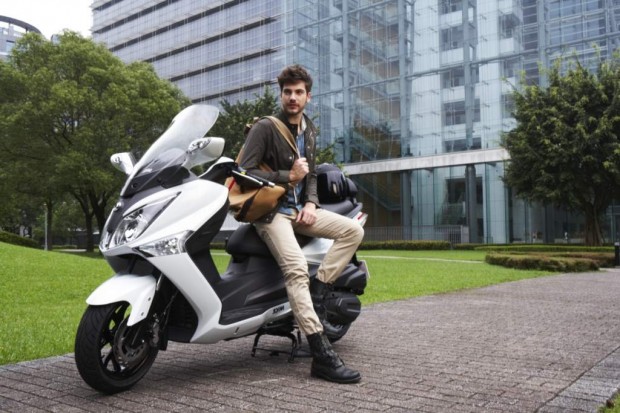 The part cycle is very conventional, with a tubular steel frame, fork conventional front and double back cushion. If you look at the rear springs