Already dressed in the colors of Mahindra and Aspar Jorge Martín (Jorge Martin interview ‘I want to compare the level I have with the rest’) has given an interview to Moto3 team press team to analyze their first impressions as World Cup racer. It has already been able to test the new official Mahindra Juanfran Guevara and ‘Pecco’ Bagnaia, time to go over these days. 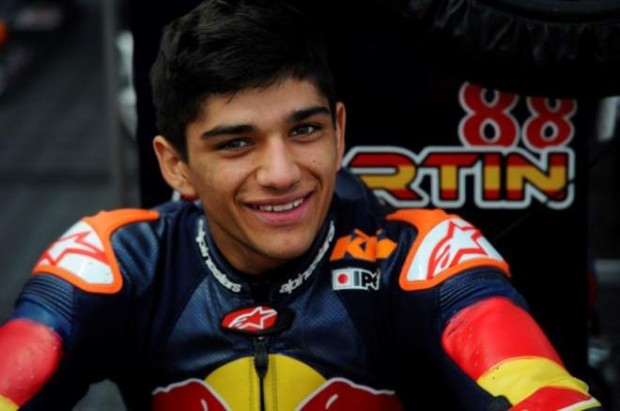 What led you to sign by MAHINDRA MAPFRE Aspar Team?

Good season that I completed last year in the Rookies Cup opened several doors for me, but my priority was always MAHINDRA MAPFRE Aspar Team. It is a very powerful team that has won several World Championships. Apart, the project with MAHINDRA and the fact to be able to belong to an official team seduced me much.

About adapting to his new team doing?

Great moment, in workouts we have worked very well and has already achieved fast roll in almost all of the circuits that we have moved. I’m quickly adjusting to my technical team, every day I feel more comfortable.

Did you find what I expected to reach MAHINDRA MAPFRE Aspar Team?

Yes, I have found a very team that I can learn a lot. Apart from that, all my mechanics are very close and familiar, something that I appreciate, and I think the basis for good performance. 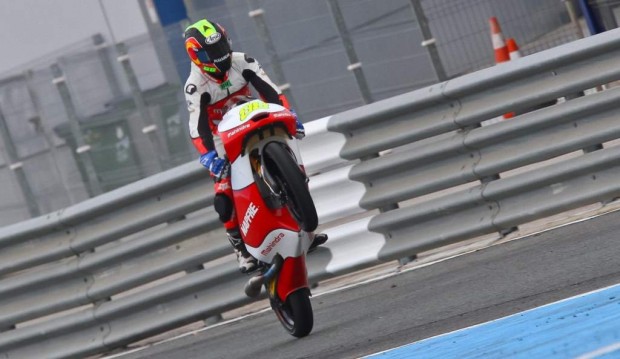 You can reach the world as brand-new winner Cup Rookies, but not for this reason will not be MAHINDRA MAPFRE Aspar Team benjamin…

It is true, I get strong after having lived a great season in 2014, but will now be the youngest. I will try to learn as much from my colleagues. Pecco and Juanfran are two very quick drivers, already showed it last in Moto3 World Cup season. If I learn of them and at some point reach his level would be an excellent step and I will be satisfied.

A priori, it seems that there has been much harmony between Juanfran, Pecco, and you from the first moment…

Yes, with Juanfran already had run a race of the Motodes 80cc, and also we had seen us one day training in Murcia, when I went down to my holiday. Pecco was not known, but first contact was formidable, and we fall very well. I think that the three form a large group, sure we can help a lot during the season.

What can contribute you?

They can mainly be useful for my introduction into the world. I can help you better understand how to work in the Championship of the world, how should deal with training, look at the telemetry. All that knowledge that only gives you experience.

What was your first impression on board the Mahindra?

Excellent. I had already tried the CEV’s, but I noticed a huge change when I piloté prototype next year. I’m happy, all are advantages, we are rolling very fast and that facilitates that every day I feel more at ease. Apart is that the factory is becoming much. 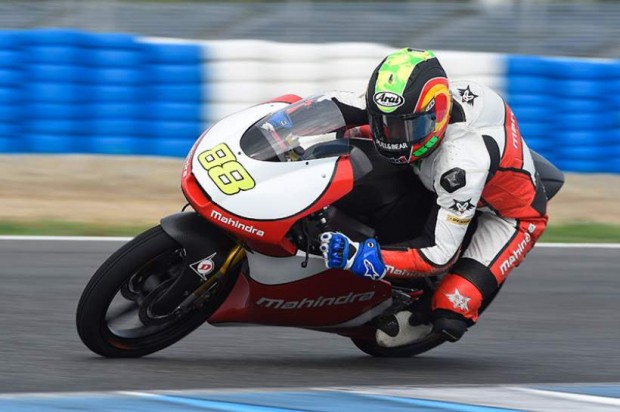 Have you noticed the consideration of factory team?

Yes, they are working hard. From the first moment they were involved to try to improve in every training. We have had new solutions in each circuit, technicians attend our requests to the millimeter.

Where do you think that the potential of MAHINDRA comes?

It is a very powerful, multinational if it continues overturned in us as demonstrated from the first moment, I am convinced that we will be able to get great results. At the moment the bike works very well, we are on the right track. 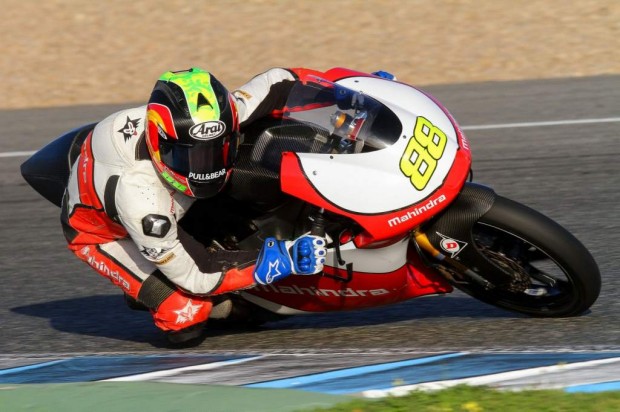 What do you think are its virtues?

Especially the chassis, in addressing the curves is where we really feel its benefits. And engine has improved a lot from last season.

No doubt, it is constantly evolving. When it comes to open gas, deal with curves, brake… You feel very safe with it.

And each day has best performance engine…..

The engine is progressively improving its performance. Now they are working so that, apart from being powerful and make the bike run, also hard and endure much. 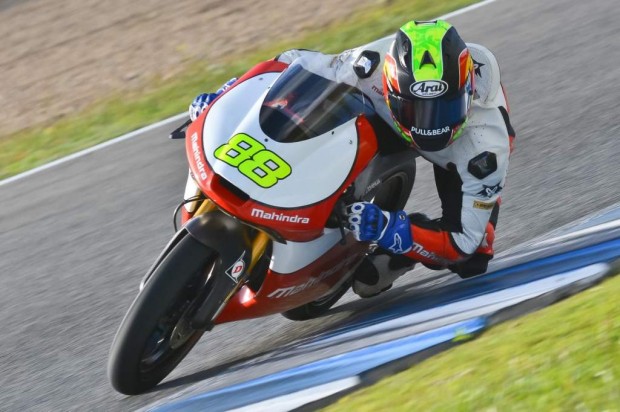 I live this challenge forward, finally I can compete in the World Championship, the place where I always wanted to be. I have many desire to continue working and of course to start the season, and see what level I am compared to the rest of world Moto3 pilots.

What you plan to do during the winter break?

Train. Until now training in a way, but the world is far more demanding, so I have to train more and get to the same physical level as the rest, to be able to endure the wear and tear of the big prize