After years of lethargy Norton it continues to give good news to their fans, Norton announced the arrival of new Dominator SS, after admiring their performance in the Tourist Trophy the last years with the SG3 Norton and surprise last year with the new Norton Domiracer in 2015 they will present a new model. 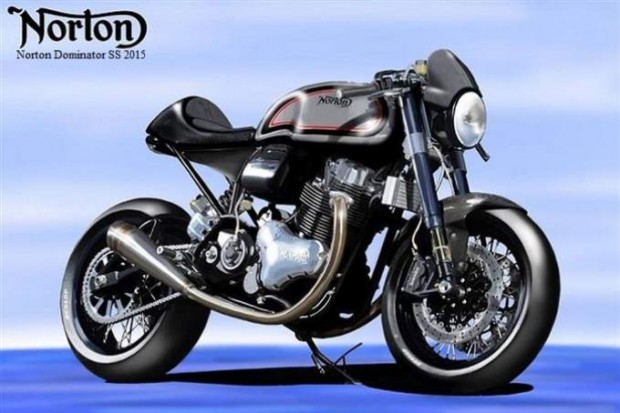 It is the Norton Dominator SS 2015, in essence a version approved for the Norton Domiracer road. This dye retro cafe racer be differentiated as well as the version for circuit. Thus, it will depart engine of a Commando 961 2-cylinder 80 HP at 6,500 rpm and 90 Nm at 5.200 rpm parallel to give it a groundbreaking design with elements of carbon fiber in the dome, colin, front mudguard and side panels and a part cycle comprising Ohlins suspensions and high performance Brembo brakes.

The initial circulation in the United Kingdom by 2015 will be 50 units and depending on its success will also run limited throughout the world. One of the retro of the most spectacular in the latest batch, although its price widely exceed the US$ 24,940. 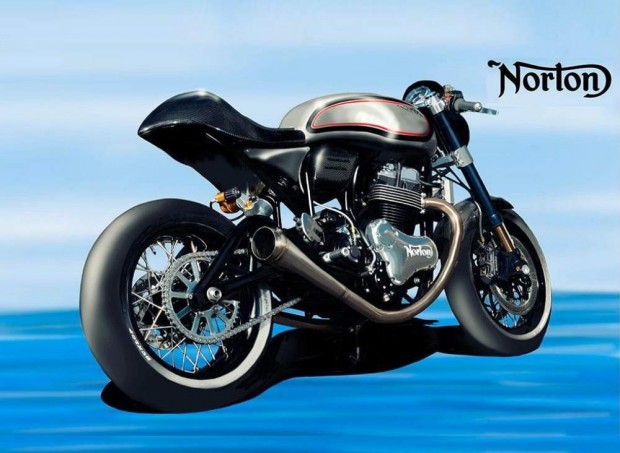 Donington Park factory will arrive next year the road version of the Domiracer special introduced in 2013, with the legendary chassis “Feather Bed”. Initially will be 50 copies. To follow a standard version. 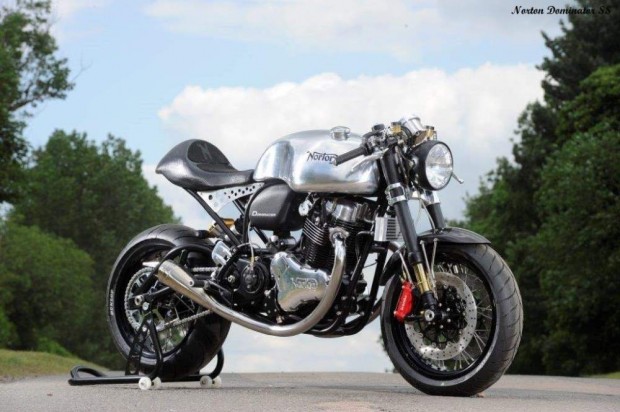 A motorcycle whose most important feature was the chassis: compared to note 961 Commando, with a beautiful trellis frame in round tubes of steel, the Domiracer marks the return of the legendary Featherbed frame which marked the equally legendary Norton Manx 500, in addition to almost all almost all Norton Street until the second half of the years 60When the Commando appeared the Isolastic version with motor elastically mounted. The Domiracer though, the Featherbed frame is in aluminium tubes instead of steel.