The wait by Yamaha is over and the new generation of the sport R1 is a new reality.With the Yamaha YZF-R1 2015 Japanese brand has forgotten of pragmatism and aiming to clear to get a Yamaha M1 the MotoGP career-oriented. 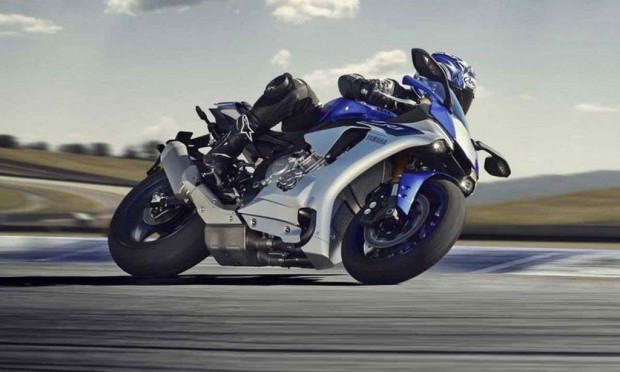 It does so not only with its design in which lenses have hardly prominence, but by an advanced electronics and a rebound performance that placed it among the most powerful Superbike of the market. These improvements have a cost, and it is available the new R1 for 20.900 euros in Spain, 5,000 less than the YZF-R1M version.

Its aesthetic emphasizes the design of the front, where there are four small lenses that manage to give a cleaner look to the dome and the competition prototypes. The restof the design of the fairing accompanies leaving enough in view of the new engine type ‘cross plane’, with a deposit (of 17 liters) and Colin trimmed very attractive. Of-course the new R1 not indifferent to the view and the new TFT screen is another of the strong points of the bike.

Tetracilindrico 998 cc engine now pays a whopping 200 HP at 13,500 rpm and 112.4Nm of torque at 11,500 rpm. If binds to a single kerb weight 199 kg have a magical relationship power to weight of 1. Kilos reduction in the scale is achieved among other things by its aluminium tank, wheels of magnesium or aluminum chassis Delta box type with the battlefield reduced to 1.405 mm It is therefore a compact Superbike inthe style of the MotoGP prototypes. 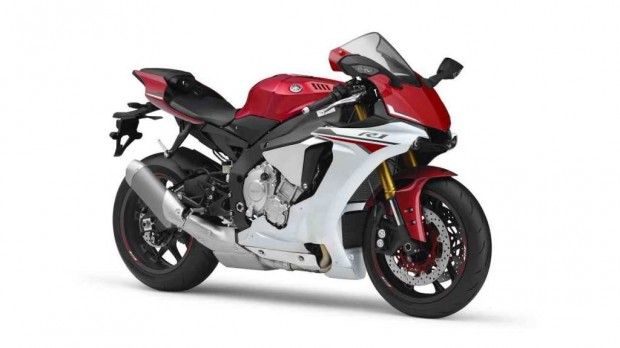 Chapter party deserves the moto series electronics, because as the new Panigale introduces IMU system that monitors through gyroscopic sensors and G force the mand allows analysis of 3D data. This translates into the existence of a Launch, anti-wheelie, control Traction Control and anti-skids and unified system of braking with ABS brakes set competition.

Cycle the complete fork part Kayaba 43 mm and the brake disc, double 320 mm and 220 mm back. The new R1 has little to envy in design and performance to laDucati Panigale and electronics to the renovated BMW S 1000 RR and that taking into account that there is also a version YZF-R1M. 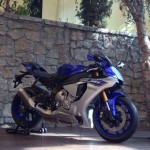 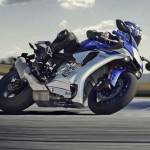