Honda RCV213V-S – Will it Really Come

The attraction of the Honda stand at the EICMA of Milan Show was undoubtedly the MotoGP homologated road offered by Honda. Merely now, viewing further closely, it is arguable if this fantasy factory will not remain an exercise in style. 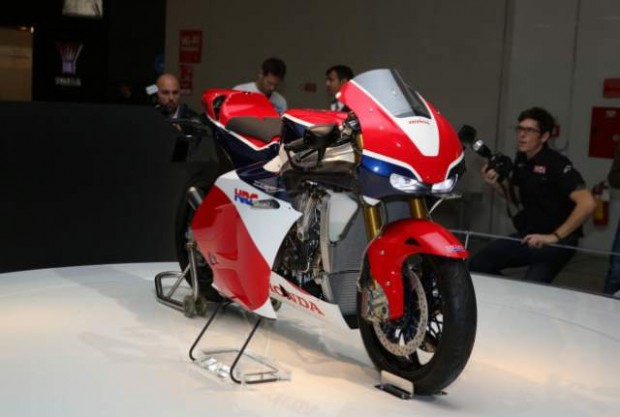 Following the buzz created by Kawasaki and its H2R announcing more loved, the leading manufacturer had to react, its response has been at the EICMA 2014 presentation of the RCV213V-S, announced as a MotoGP homologated for the road.
However in detailing the motorbike, one may miracle if it will truly happen on our roads or if it will remain a phenomenon of fair just aimed at attracting somewhat flashes on the winged constructor. 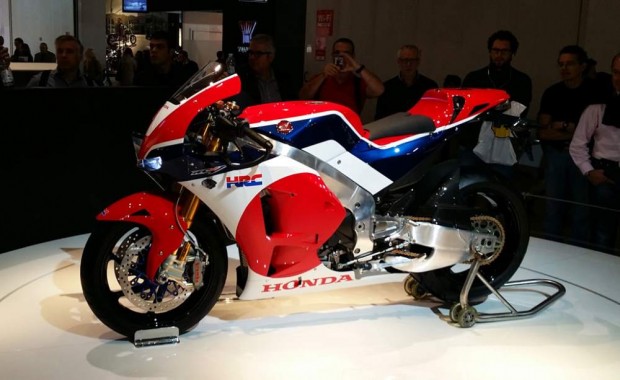 The first element that doubt is the announcement by Honda engine block to develop the 260cv trifle… Now, we know reliably RCV1000R driven by Scott Redding or Nicky Hayden struggling out more 235cv with their classic valve springs.
Then, when it details the beast closely, what I could do at the Milan fair, clearly carbon ducts that need to force-feed the air box go to the front of the fairing, however the nourish lips is engaged by the headlight. It is therefore impossible that the engine develops 260cv with an air duct half blocked and hidden in the nose fairing. 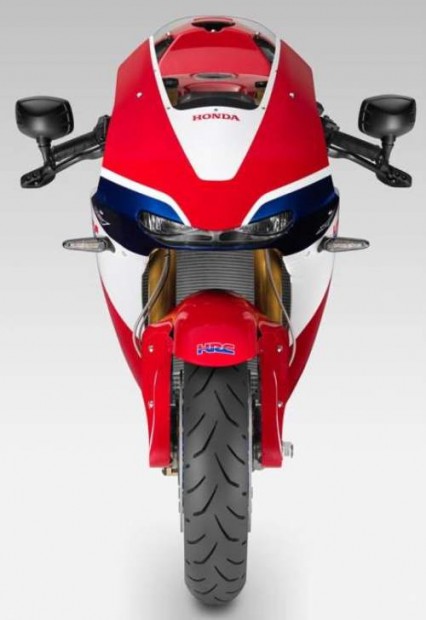 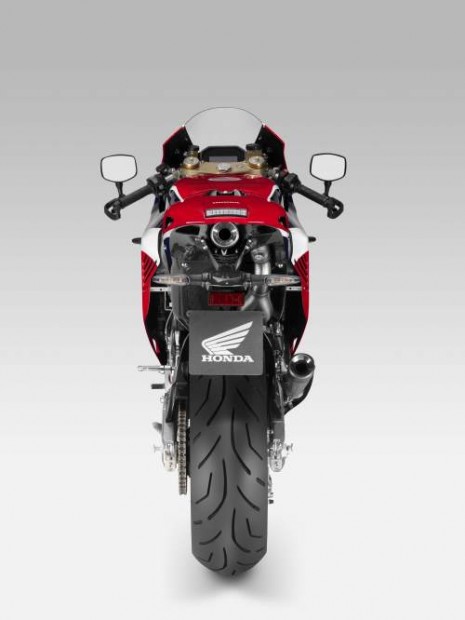 To continue on the engine, a racing engine is not equipped to produce all the electricity of a road bike, it from a battery. Add to the block all fittings intended to ride a motorcycle on the road would require reviewing about the design of the engine, until guards.
Then, how to ride a MotoGP on the road? Dani Pedrosa demonstrated during a demonstration in Australia while falling by attempting to make a u-turn on road while the turning radius of his RC213V is worthy of a barge. You now imagine riding this bike in a roundabout. 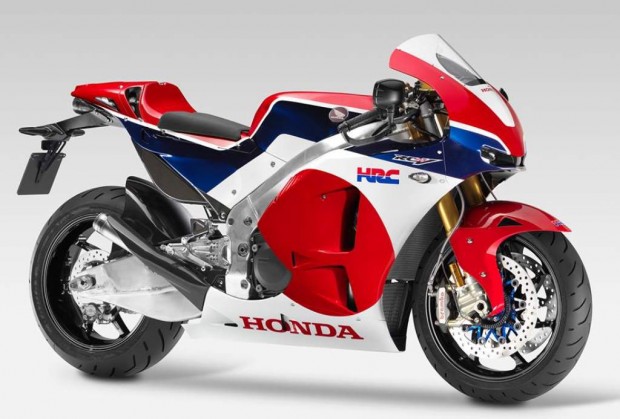 Then the RC213V-S real future Superbike Honda catalogue as it will have been the RC30 for example? Or so prototype only exhibited at the EICMA?
Your opinion interests us. Let me know in bellow.