Last test of the year at Jerez

The last week of November is also the last week where the MotoGP and Superbike teams have permission to test private before the winter break which starts on 1st December. 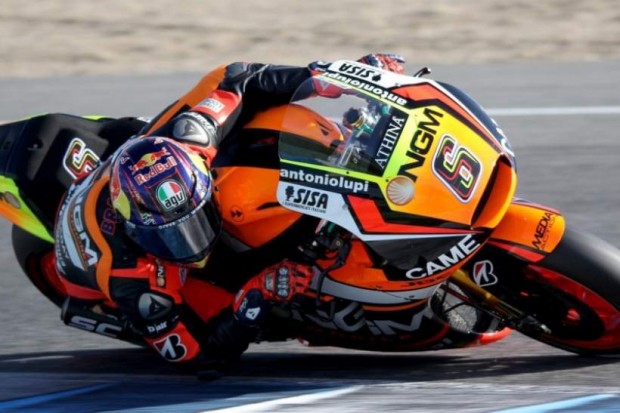 The opportunity for many teams to offer an ultimate taxi to Jerez, despite unfavorable weather conditions. The Spain is usually a significant refuge side weather when the rest of Europe enters winter, teams planned to ride in Andalusia did this time not quite got for their money. Rain widely flooded the track of Jerez since the beginning of the week, which did not prevent the present drivers take advantage of the slightest thinning to roll. 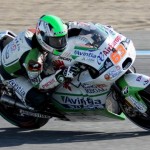 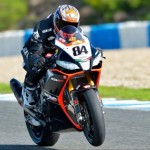 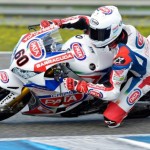 In category Superbike, Tom Sykes continued the development of the ZX – 10R in configuration 2015while his team-mate Jonathan Rea continued his beautiful adaptation to his new machine. The Suzuki Alex Lowes Puniet and Randy duo worked three days with some nice lap times at the keys while on the side of the team Ten Kate Honda, both pilots should familiarize themselves with their new motorcycle with rookie Michael CEO Mark on one side and the experienced Sylvain Guintoli on the other who chose to wear the number 1 for 2015. Official team Ducati was also put to work in midweek after the satellite Althea team had completed its tests with Nico Terol and Matteo Baiocco. 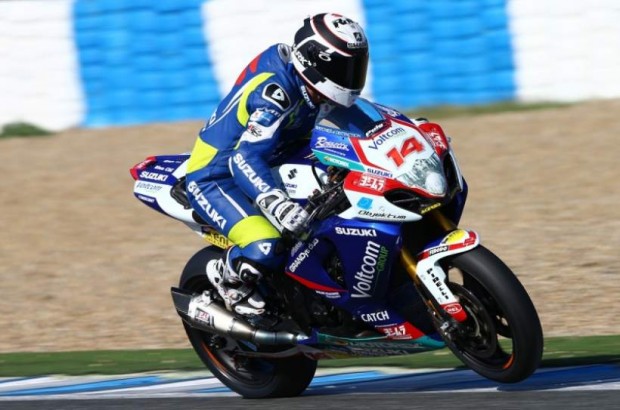 The Red Devils team made him rolls his new driver Leon Haslam on the RSV4 and Michel Fabrizio, who could be his teammate for next year. Finally, Leon Camier turned to team MV Agusta with which it should roll in 2015. A few drivers Super sport had also made the trip and especially a Kenan Sofuoglu shaped and Jules Cluzel on F3. Note that the new teams JR Racing which had already announced have recruitedToni Elias to ride on his BMW also host Ayrton Badovini.

Several teams MotoGP worked also with the official team Ducati that will receive its GP15 in February at Sepang. The team Forward of Stefan Bradl and Loris Baz was fully operational, as well as team official Suzuki of Maverick Viñales and Aleix Espargaró. 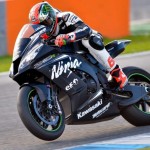 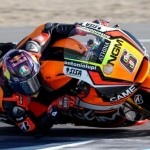 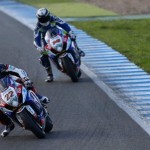 Marco Melandri and Alvaro Bautista took a little more the measure of their GP Aprilia while Hector Barbera and Mike by Meglio were working for Avintia. Note that on the side of Jack Miller and the LCR team, it was preferred to go ride in Sepang. On the side of theMoto2 category, Luis Salom, Anthony West, Alex Rinsor even Julian Simon were on track. 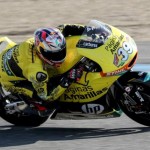 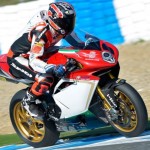 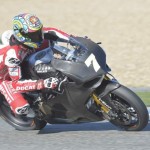 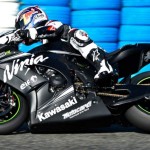 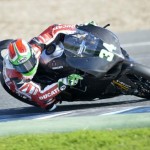 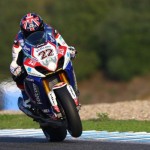 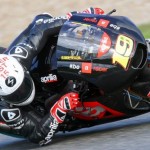 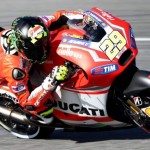