You asked your questions to our special correspondent Michel Turco in Valencia. Here are his answers to the final Grand Prix of the season. 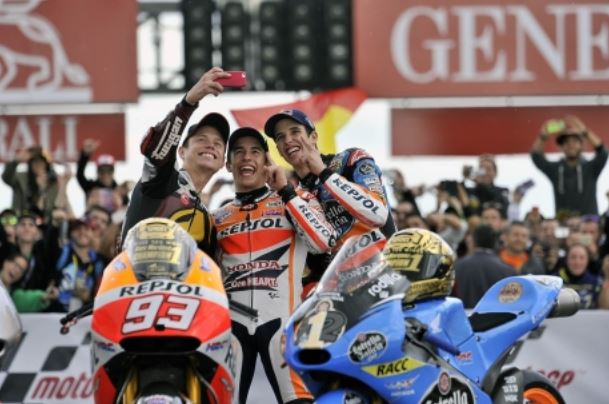 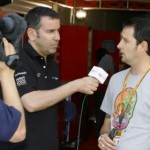 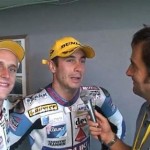 Serge: Do you think Loris Baz will soon be in the shot, or does it take a season of adaptation?

Loris will have a lot to discover, circuits that do not know, new enemies, a new team, new ways of working, a different size of race and of course a new bike. So there will be for him a period of adaptation. How long will it be? No one has the answer to this question.

Lucas: Do you think Alex Marquez is a great future? He has the same talent as his brother Marc?

You can not compare that with Marc, we have repeatedly said, is a phenomenon as we do not see crosses every year. Alex certainly not even the talent of his brother, but if one believes their father, it is voluntary. Mark tells Alex that he is also more daredevils and tough guy than him. For now, his career needed in any case respect. Moto3 world champion at 18 for his second season in Grand Prix, he has nothing to envy Marc. His debut Moto2 will more its true potential and chances to shine later in MotoGP.

Alexander: What exactly happened to Esteve Rabat in the final stretch?

He fell out of gas coming out of the last corner, which allowed him blow Lüthi victory.

Nicolas: The Beginning in Moto3 team VR46 is it the first step of a plan on a larger scale? Can we imagine a few years VR46 MotoGP Team which would roll M1, as does Tech3?

According to his family, Valentino Rossi has no ambition at this level. It is also not really the origin of the creation of the Sky team VR46. Carmelo Ezpeleta is and Italian TV that forced his hand, and that is why he quickly delegated the matter to his followers, namely Albi and Uccio. Rossi, however, is very involved with young drivers in the VR46 Academy. If he likes to share with them his experience, he also uses the workouts he organized at his ranch the kids as an elixir of youth.

Christian: Jack Miller was clearly the fastest race in Valencia, even if the machine lacks a bit of speed. Why then make overtaking too aggressive when he has sufficient room to move properly …

There was actually a lot of intensity during the last Moto3 race, but he could not be otherwise given the issue. Miller was not the only play together. And do not forget that Marquez had still a great help to put down at Aragon …

Alfredo: It’s the end of the season. 2015, can it be that one or two additional drivers will join in the fight with the four that have dominated this championship?

I had trouble believing it. Not only Marquez, Lorenzo, Rossi and Pedrosa remain a cut above the competition, but they have more of the best bikes in the tray. We still monitor the progress of Dovizioso and Ducati Iannone. Pol Espargaro can also get closer to the top four. But to fight with them …

Toni: Amazing end of this season Cal Crutchlow on the Ducati. This is how he left the Reds released him?

He mostly stopped taking the lead in trying to permanently change the settings of his bike to get back the feeling he had had with the Yamaha M1. Since he returned to what he used early in the year and it is applied to make the most of its hardware, Cal actually did a step forward.

Marc: Still no second pilot Aprilia. Is it because the proposed package is actually not that attractive than that? A simple evolution of ART condemned to fight with the Open?

Aprilia has signed two drivers: Alvaro Bautista and Marco Melandri. Hardware side, do not expect a miracle. Italians develop a machine from the ART engine with pneumatic valves. Fight with the best riders Open would be a victory for Aprilia.