Kawasaki H2R and 300 horses reserved to the track has been publicized at intermot. A month later, its homologated version announced in turn as unique CV in the category. Kawasaki H2 promises more than 200 HP and stills plenty of electronics to manage everything. 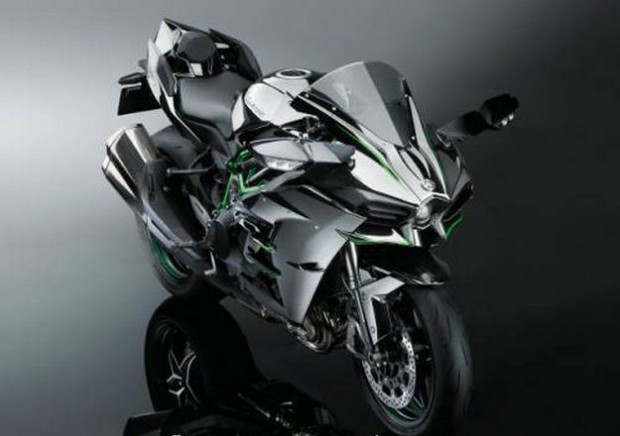 Full rush currently for this first day of the Milan EICMA Show, stations staff made the maxi for you bring all info very quickly on the next stars of the year 2015. In the platoon head, Kawasaki H2 version street legal version R unveiled a month earlier at Cologne (Intermot) promises much on paper, worn by a major innovation. 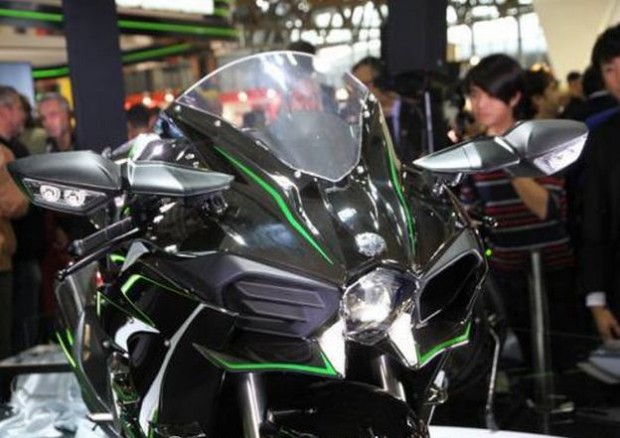 Its centrifugal compressor allows a big potential while solving the known disadvantages of the kind. On the other hand, it is he who determines the choice in terms of chassis, aerodynamics and equipment. In short, without compressor, everything you can already itemize on the station would have had no reason to be. Here’s what we got to first press file, pending new info that especially interest french bikers.

Kawasaki H2 “Route”, the Why and How

The “approved” Kawasaki H2 provides 200 c. (210 in Dynamics), either 100hp less than the H2R (more than 300 BHP). However, both bikes use the same engine base, only camshafts, cylinder head gasket and clutch are different. The electronic engine management is no doubt also specific to each for the moment; we have no info on its clamping 106 HP for the France. We expect them.

Centrifugal compressor Kawasaki has been designed to deliver maximum efficiency over a wide range of diet without too much increase the operating temperature, thus requiring no heat exchanger (intercooler) as on most known systems. It is particularly suitable for high rotation schemes (motor, 14 000 rpm Max on the H2). 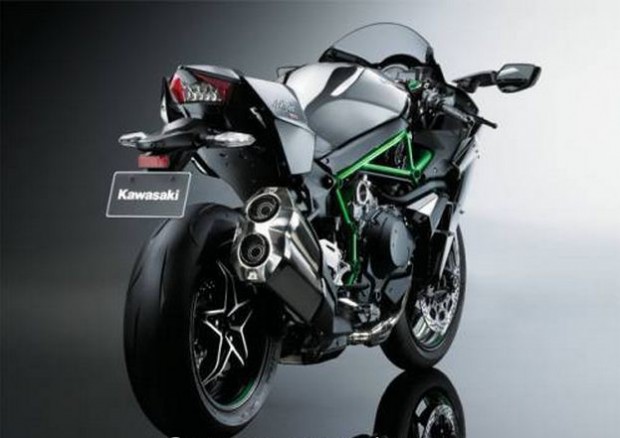 Engine cooling circuit is very optimized and secured by oil and liquid (so 2 radiators).

Centrifugal compressor of the H2/R is directly lubricated by oil engine and positioned behind the cylinders in order to supply the engine as directly as possible and focus the entire weight.

The compressor is mechanically driven. The gear ratio is 9.2 to 1, which means that at an engine speed of 14 000 rpm, the compressor runs at 130 000 rpm. It would be able to aspirate 200 litres/seconds for a maximum boost pressure of 2.4 bars, via an admission of air forced to the front of the machine (resulting in room intermediate aluminium, more rigid than plastic and dispersant better heat).

Valves and pistons are designed to withstand temperatures above normal over strictly atmospheric engines. 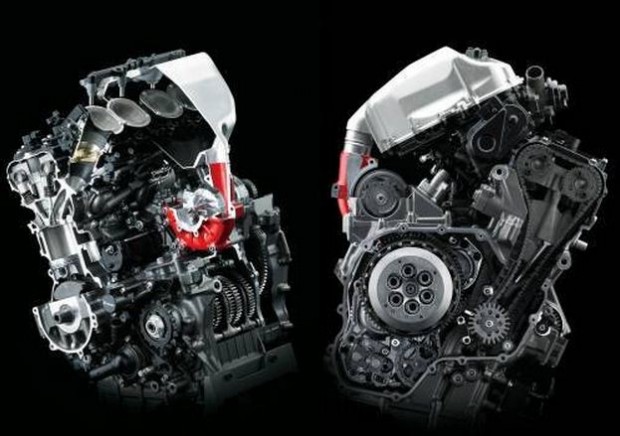 The gearbox is of type “Ring Dog” (bayonet) to increase the speed of movement of the reports, a torque limiter is integrated Office to avoid jerks and loss of grip. It is thus added to the 100% electronic KRTC (Kawasaki TRaction Control) system.

The choice of the steel tube trellis frame was greatly influenced by the cooling needs. A classic perimeter frame slows more the movement of air around the engine.

With a 1 455 mm wheelbase and large work in aerodynamics – spoilers are designed to increase the load on the front wheel in dynamic-, the H2 promises stability at high speed while its geometry is close to standards of competition, in order to also promote agility. However, its announced at 238 kg dry weight is significantly above average. 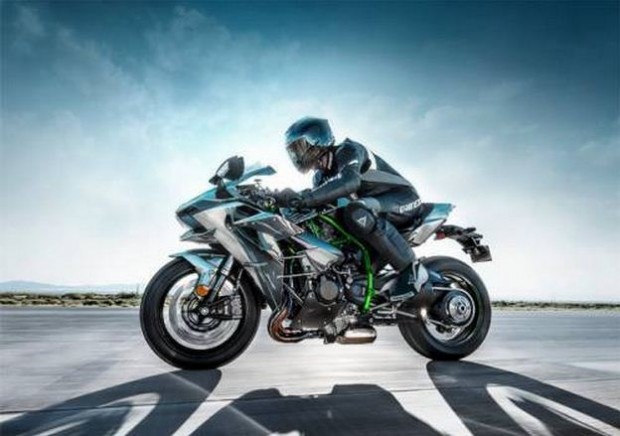 The motor plays a major “stiffener” role, which allowed to mount the swingarm on a midplate and limit the bulk and weight of the framework (including at the level of the side jambs).

The single sided swing arm swing to refocus the side exhaust.

The Kayaba AOS II racing fork is mounted for the first time on a motorcycle series, the shock absorber from the same manufacturer is associated with system Unitrack well-known Kawasaki, all fully adjustable and for the rest, there is brake discs floating diam. 330 mm and Brembo monobloc radial calipers, wheels and specific tires. 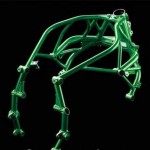 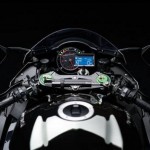 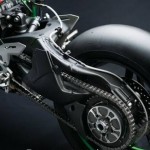