Despite the difficulties the adventure of Toni Elias in the Superbike World Championship will continue in 2015 with a new team. 2010 Moto2 world champion will drive a BMW S 1000 RR of the new JR Racing team. It’s a new Dominican structure based in Italy that the champion of the category Troy Corser will be team leader. 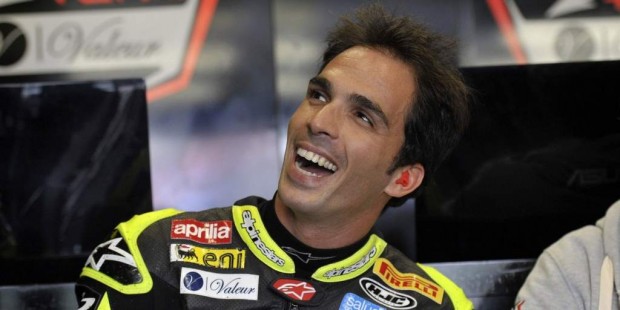 This new equipment will make the times of official BMW team in the Championship, so with support from factory the Manresa, who in 2015 will be 32 years old, expects to have enough material to be able to finally fight for the podiums.

Toni Elias: I’ll be back in the WSBK paddock next season. I am very happy to join the team JR Racing Team and drive a BMW. It is a great opportunity for me to advance as a pilot in this Championship and take a step more than me closer to the best. We must wait and see how the bike will be only time will say if it was a good decision. At this time I think the 2015 season will be my best year in SBK and by all means try to get good results with this new equipment. It is a new structure in the Championship, which already is really positive, the bike is competitive and I will be working with a double World Superbike champion Troy Corser. I can’t wait to start.

SBK News Detail: Former champion of the Moto2 Toni Elías world will be again next season in World Superbike with the newly created team JR Racing Team BMW. The Spanish pilot of 31 years born in Manresa (Barcelona) has had this year a season of ups and downs with the Team Red Devils Aprilia Rome and now looking for a new challenge that will drive a BMW in an attempt to be in front of a constant and thus achieve his first podium in World Superbike.