GSX family has two newcomers in 2015 First of them, the highly anticipated S1000, big sister of the GSR 750 engine derived from that of the GSX-R 1000, aluminum chassis, traction control and ABS for safety: If the look is not revolutionary, the big sports roadster seems to have enough to make the cannons. 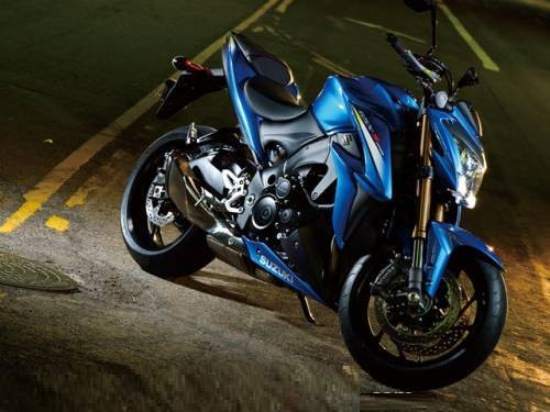 Expected for several years on a segment where competitors are already many, the big sports roadster Suzuki is now finally officially unveiled at the Intermot show in Cologne, the bike that we find today has a much wiser than other style – the very aggressive Kawasaki Z 1000 in mind.

It is none the less attractive and stylish with its sleek lines, its headlight charismatic without excesses and installed at the front and rear LED. Scoops bones, minimalist dressing this bike for less refined gives pride to its four-cylinder in-line 999 cm3, centerpiece of the latest generation of Hamamatsu.

Called GSX-S1000 – with an S for Street Sport Suzuki in the nomenclature – the engine block is derived from that of sportsmanship banner the Japanese brand, the famous GSX-R 1000 With specific injection parameters and some internal components clean, there should logically be more available to low and midrange at the expense of longer necessarily.

Traction adjustable in 3 modes and ABS (non-adjustable) are part of the standard equipment. The output of the 4-in-1 GSX-S1000 placed just behind the engine is located at the bottom of the line, reinforcing the sporting identity of the roadster.

Suzuki says that the sound is coming from the muffler would be particularly mesmerizing detail we will be sure to make your voice heard – via our exclusive application MS-Live – at a subsequent press presentation.

However, we have currently no information regarding its raw power and maximum torque value. In this regard, further details should follow very quickly.

Besides his guards to the careful molding, Suzuki GSX-S1000 exposes for all to a new aluminum frame, in which the engine is suspended. The Japanese automaker admits to having worked on the compactness and weight of this framework, promoting the grip and handling of the big roadster.

The oscillating him aluminum arm is connected to the frame via a Kayaba monoshock maker also signing the big inverted fork with multiple settings. Finally, Brembo radial calipers should ensure braking adapted to this spirited machine. 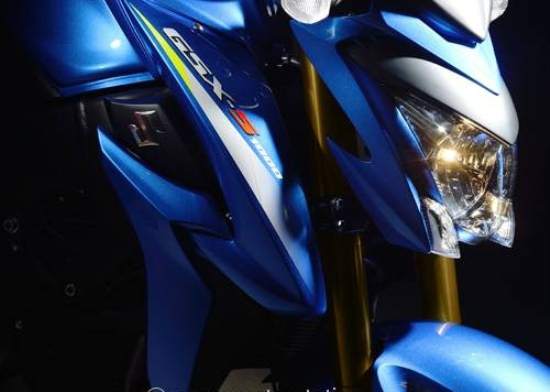 Hands on handlebars slightly bent aluminum, the pilot discovers instrumentation on LCD screen. The sporty riding position is not too radical indicates the manufacturer: however it will be tested Moto-Station to clarify this. What about the price and availability. 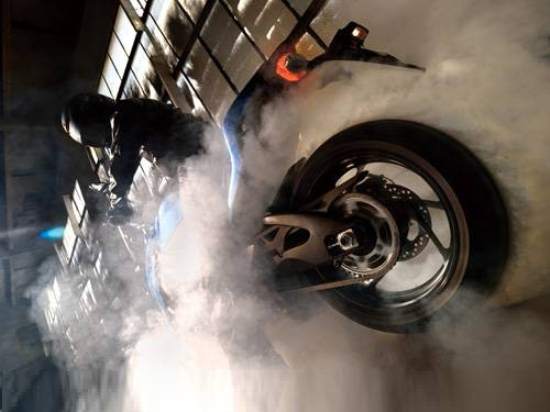