As we announced exclusively, Suzuki has in its catalog a baroudeuse version of the V-Strom 650 XT. A year away from the V-Strom 1000 Suzuki renews proposing here at the show Intermot in Cologne, a new version of her younger sister 650 that follows the aesthetic style of the maxi but with a greater connotation Adventure and tourist. 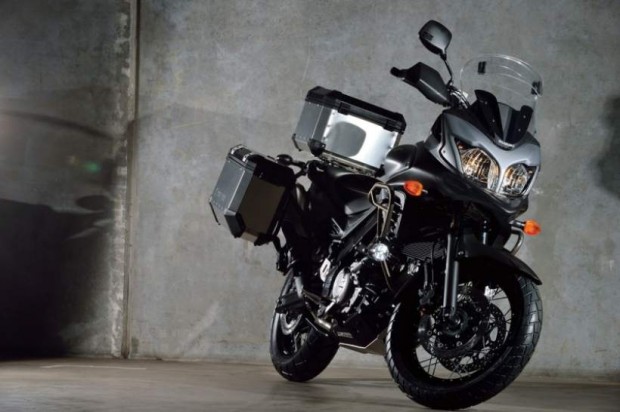 Not use to be clairvoyant to see that the commercial success of the V-Strom 650 XT not sparkling. Warning, this is not to say that the small trail road Hamamatsu is not nice to ride. Thus, to give a spotlight to this model, Suzuki opened the road paths with the XT. It differs from the road version of this new front “with the duckbill” inspired by his big sister, the V-Strom 1000, radiated larger diameter wheels, tubeless tires, adjustable bubble level three and a lower seat.

If the ABS is standard, the rest of the accessories will, in turn, to dig into the catalog of options. It ‘obvious fact, the influence of her older sister in the “beak” under the twin headlights that integrates air vents of aspiration, however, dominated here by an optical unit unchanged placed horizontally instead of vertically as on 1000. 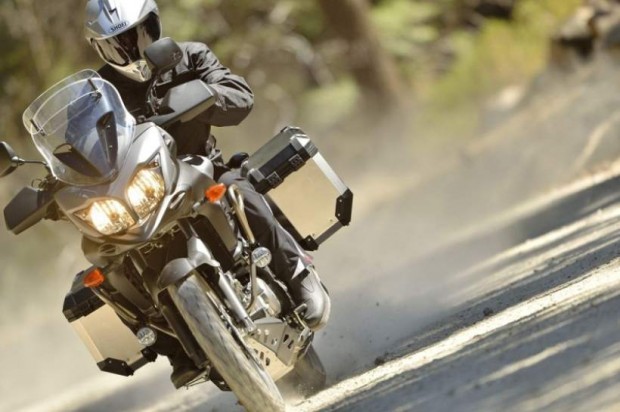 Another important change is in the spooked aluminum, replacing those in the league with three races of the standard model, the 650 XT should ensure a greater aptitude for light off-road, also features enhanced by the optional protections that you see in the picture. In short, a minor in 1000, pointing straight to rival BMW F 800 GS Adventure and Triumph Tiger 800 XC in so casually on the gravel roads as granturistico use.

The basic technique remains the same, with the proven V-twin engine of 90 ° to 645 cc thoroughly revised version 2012, and already more than satisfactory level of performance with its 69 horsepower at 8,800 rpm. It remains of course the aluminum frame, distinctive feature of the Suzuki, as there is no difference worthy of note for the chassis, which just as obviously continues to count on the anti-lock system introduced between the standard equipment in the previous model. If this can snicker, it will have at least the merit of containing the price of this XT version with a base price should be considerably below the US$ 11,325. 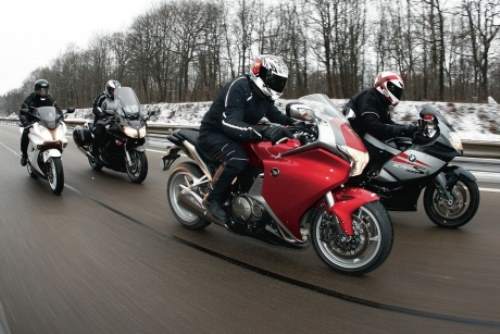 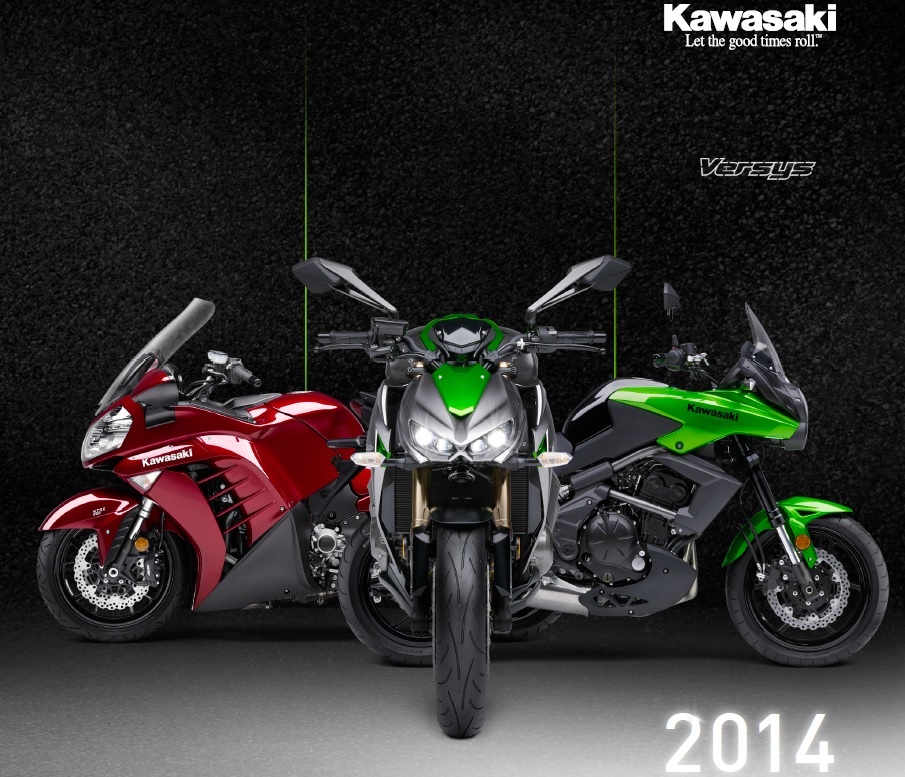