Jorge Lorenzo takes at last victory. Only driver of the four tenors not be mounted on the top step of the podium this season, Nadal has this time the only one not to have fallen to the arrival of his home Grand Prix summer. A deserved victory, full of panache. 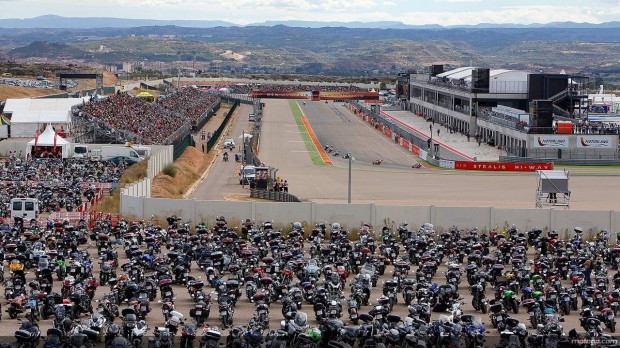 Unlikely. This is the first feeling that comes to mind when reading the classification at the finish of the 14th Grand Prix of the season at Aragon. Apart unJorge Lorenzo stronger than ever on the highest step of the podium, his fellow ceremony Aleix Espargaro and Cal Crutchlow are not really parties were favorite tipsters out. 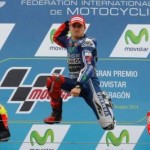 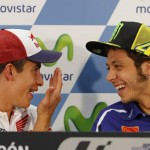 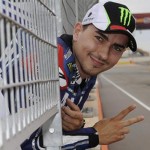 Things had started pretty good for the usual Top 5 composed of Jorge Lorenzo, Marc Marquez,  Dani Pedrosa, Andrea Dovizioso and Valentino Rossi after Andrea Iannone died down somewhat in the second round. But the nine-time world champion will not be long to go to a fault on a little too late as the Iberian trio escaped alone in front to deliver a splendid battle braking. Then the arrival of raindrops was due to a third Italian, in the person of Dovizioso.

Things were still growing with the intensification of the rain that forced the majority of drivers back to the pits to change bikes. And if Lorenzo already delayed maximum its passage through the pit lane, the two official Repsol playing tightrope, took the surprising decision not to go and try to follow through on slicks. A bet that will be missed for Pedrosa fell in the 20th round before being imitated by his teammate championship leader one lap later. A royal road for the official Yamaha right thing ahead a Aleix Espargaro who played well the first shot on the way and Cal Crutchlow unleashed that offers his first podium for Ducati. Stefan Bradl, 4th, and Bradley Smit, 5e, may also be largely satisfied with this incredible scenario. 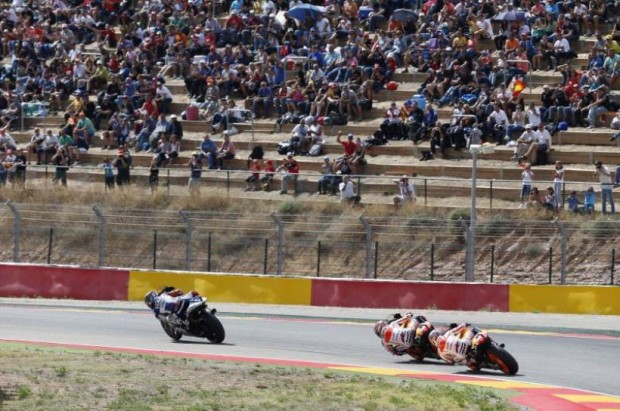 Moto2: Vinales above the Pack

Pole man, Maverick Viñales was quick to assert his authority in Aragon. Second early in the race, the Spaniard quickly passed Mika Kallio to create an advantage over his rivals on home soil and then simply control Esteve Rabat in the final laps to win his second victory of the season. The Marc VDS driver makes it a good move by taking 20 points from second place while his Finnish teammate is content with seventh place finish. Johann Zarco sign for his part a solid race riding on the third step of the podium after his duel with Tom Luthi. The French and recorded his second podium in a row while Franco Morbidelli takes fifth place under the checkered flag.

Moto3: Fenati back to Winning Ways

In big trouble in recent races, Romano Fenati had no more imposed since the Italian Grand Prix in June. Crossing the desert that ended in Aragon with a superb race from 13th on the grid. On a tricky track with only a dry line, the Italian managed to return to the leading men at the end of the race to finally beat Alex Marquez on the last lap. The Spaniard is still the best performance of the day by taking the championship lead after the fall of Jack Miller upon contact between the two men early in the race. Danny Kent rides him on his second podium of the season in front of Alex Rins and Jakub Kornfeil. Alexis Masbou finishes him to 10th place while Jules Danilo scored his first points in the World Championship with the 14eplace arrival.