New scooter BMW C650GT, a little eclipsed from the front of the scene of the maxi scooter by its sporty brother BMW C 600 Sport, yet has much to offer: just less athletic but more comfortable, the BMW C650GT is same Cerement the detour! Test. 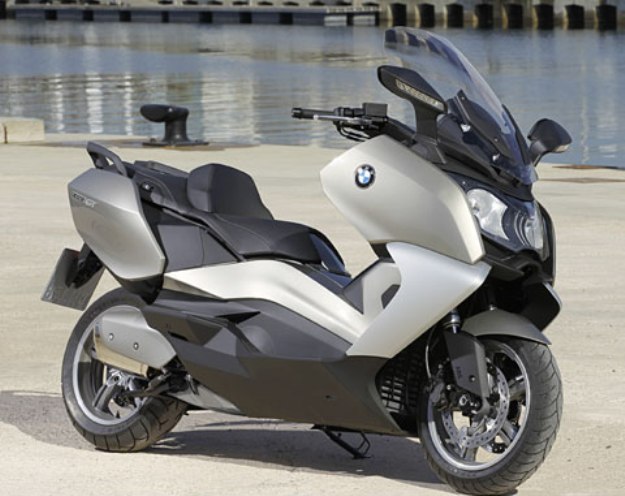 BMW C650GT: the most relevant declension

From the same basic chassis / engine, BMW has declined two maxi scooters. However, if the BMW C 600 Sport with sporty ambitions asserted can leave on its most demanding hunger of sport-engine (read our First Test BMW C 600 Sport), the BMW C 650 GT instead we pleasantly surprised!

Well, to be honest, it is not necessarily by design as the BMW C650GT began its business of seduction … Although situations, and not under the spot-lights of a room, we finally made it fast enough for its opulent line that is reminiscent of some R1200 RT the rest is a matter of taste! 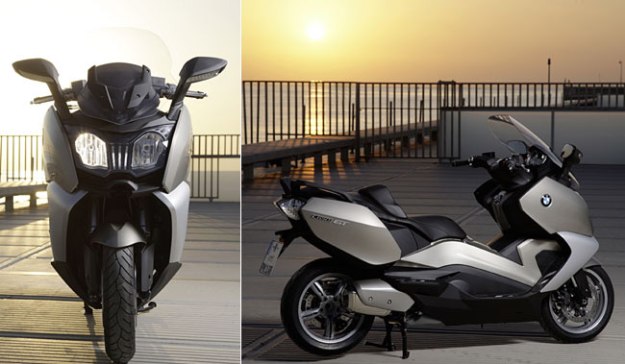 The large windshield and wide apron are fairly massive but promise a high level of protection. Visually, the rear is the most successful: Although home to a large bunker, she manages to stay rather fine and elegant, while the flashing led integrated in the rear-view mirrors are the best effects.

In terms of colors, in addition to the metallic bronze used in this test, the future maxi scooter riders BMW’ will have the choice between a classic black or burgundy classy, ​​both metallic.

Lucid, BMW Motored France account sells more BMW C 600 Sport than BMW C 650 GT: 1400 Sport will be imported in France in 2013 against 900 for the GT. However, the market could be very favorable to the success of the BMW C 650 GT: in ten years, its direct competitor, the excellent but aging Suzuki Burgman 650, so merely evolve into version Executive or adopt a Winter Pack…

Extremely close to the BMW C 600 Sport in its design, the BMW C 650 GT uses the same twin-cylinder 647 cc which develops 60 hp at 7500 rev / min. The chassis is also identical with the 40mm inverted fork, the single arm swing connected to horizontal monoshock apparent and deported to the left. The final chain drive in oil bath – a system ‘clean’ and requiring little maintenance – is also common. 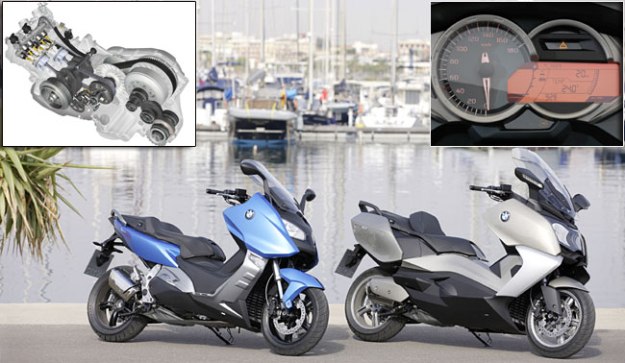 Finally, the two BMW scooters share the dashboard mid-analog (speed) mid-digital (time, fuel gauge, tachometer, average fuel consumption, remaining range and outside temperature), as well as convenient amenities such as two empty pockets including a 12 V and the parking brake paired with the side stand.

With this feature, simply unfold the lateral to the stop so that a specific bracket blocked the rear disc: practical and ingenious, this ‘Handbrake’ automatic offers the use an approval to which it is very quickly!

In addition to its radically different aesthetic of BMW C 600 Sport, BMW C 650 GT also has its own technical specifications. First of all its large windscreen, adjustable to a height of 10 cm, is electrically to the left stalk (manual adjustment on 3 positions on Sport). 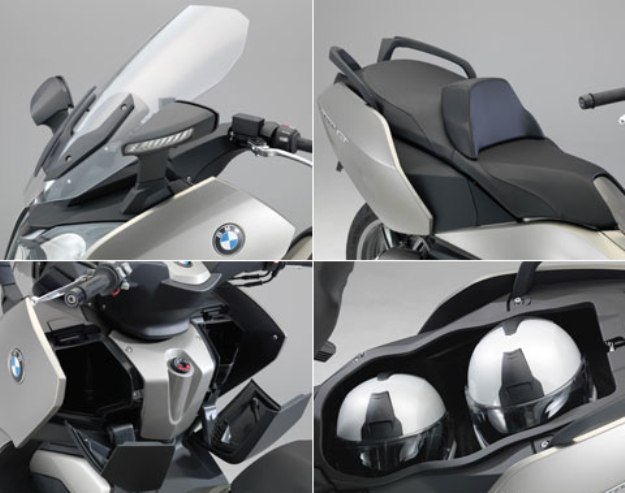 Between this same windshield and the apron, there are two removable baffles – like on the K1600 – used to send a stream of air to the driver: prior useful accessories at urban travel in midsummer!

If the pockets are not much larger than the BMW C 600 Sport, storage space under the seat is much more extensive sense, given the differences between the two models templates. Slightly less convenient than the very flat bunker Suzuki Burgman 650, the trunk of the BMW offers a capacity of 60 liters, enough to slide easily two full-face helmets volume. 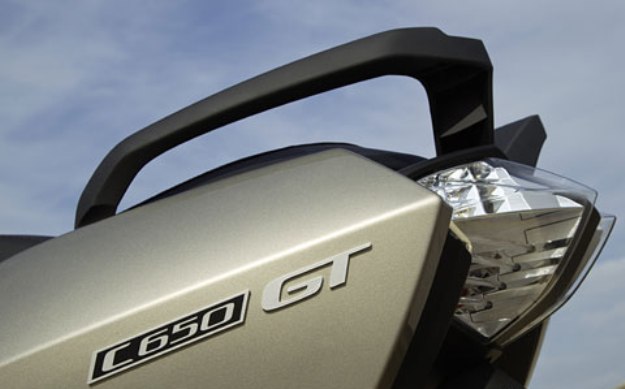 For 350 euros more than the BMW C 600 Sport (available at €11 100), the BMW 650 GT therefore proposes an even more high-end equipment. And its benefits may still mount a – or even several! -cranes: our test model was for example with Pack optional Highline (€795) which includes the saddle and handlebars, DRC and daytime Led lights tire pressure indicator.

A nice option staffing door adding to € 12,245 a tidy sum for a scooter, as ‘max’ is it! At that price, the owner will probably not hesitate very long to add the optional alarm at 210 euros…

The main difference with the BMW C 600 Sport lies in the ergonomics: less sporty, the driving position on the BMW C 650 GT is a true regal comfort and natural. Mellow, the saddle to double floor and its backrest adjustable pilot offer first a support very appreciable for lumbar.

The highest placed handlebar implies a position much more relaxed than on C 600 Sport, while small will be reassured by a saddle height that is reduced from 810 to 780 mm. 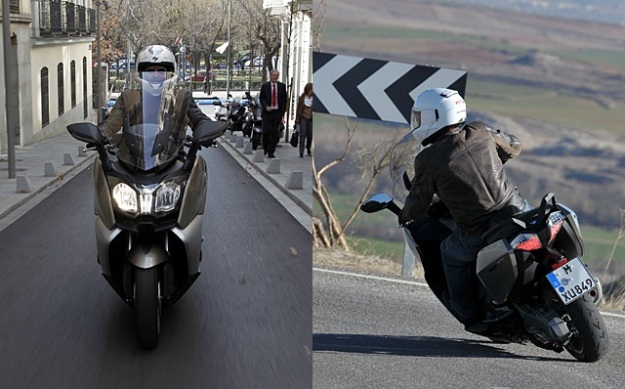 The biggest can in turn more easily extend their legs in ‘cruising’ (feet first). As a passenger, it will benefit from a wider seat, grab handles and well designed real decks footrest (the BMW C 600 Sport is equipped with retractable footrest typed ‘ motorcycle ‘).

With its 12 kg more than the 600 Sport on the scale C (261 kg in running order against 249), BMW C 650 GT, however, has a certain overweight… Even if the centre of gravity is very low, the caution is necessary during the proceedings at the stop or beguiling on the Central.

At low speed, turning radius bluffing and total neutrality of the Directorate are fortunately very quickly forgetting this overweight. In addition, its greater width (916 mm to the retro against 877 mm for Sport) does not penalize it in city compared his athletic brother. 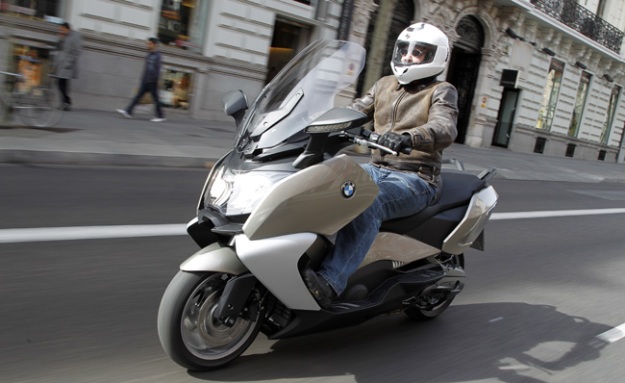 Stable and easy to place, BMW C 650 GT interfering without problem in traffic when his large and legible mirrors are perched high enough to go over those cars.

Certainly, its starts at the traffic lights are a tiny bit less sharp than riding the BMW C 600 Sport, but they remain consistent. On the other hand, the clutch ‘wax’ even more, which increases this time of latency observed on Sport between the rotation of the handle and the moment where the craft is propelled.

In escaping from Madrid (Spain) from the highway, the BMW C 650 GT reveals the excellence of its protection: with windshield not fully reassembled, the driver is optimally protected, both at the level of the top to the bottom of the body.

As on BMW C 600 Sport, depreciation remarkably performs its functions. The fork and the Monoshock easily absorb the bumps and mass through their excellent compromise transfers ‘efficiency-comfort’. A feature that translates into this little tip firmness typical of production motorcycles BMW.

Less smooth than on the most comfortable of scooters GT, suspensions of BMW C 650 GT work on the other hand with distinctly more precision. 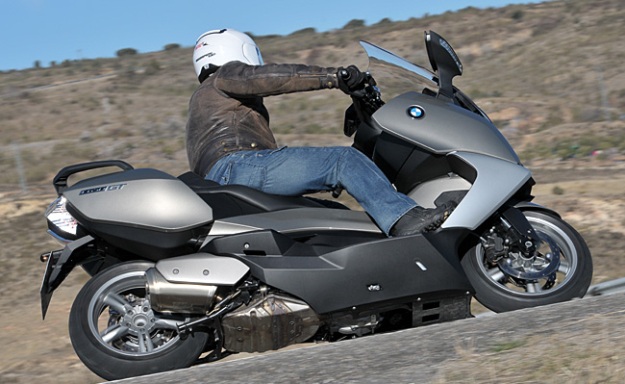 On expressway, the comfort of the saddle and the absence of eddy savor entirely. Serenity felt riding is also quickly arising from the desires of sprees in the (very) long course, as with a big GT! With this in mind, one would almost denounce the absence of a regulator of speed and a sound system in the catalog of options. Series on the other hand, a few liters over the reservoir of 16 liters (as on Sport) no doubt were not superfluous…

A slightly less efficient than the BMW C 600 Sport for the attack on small roads, the BMW C 650 GT offers a far superior driving pleasure. The ground clearance is good and the front particularly reassuring. Braking can get out of any situation – even if the ABS is triggered too quickly to the rear. That said, the wrong grip borrowed during this test routes is there perhaps no stranger! 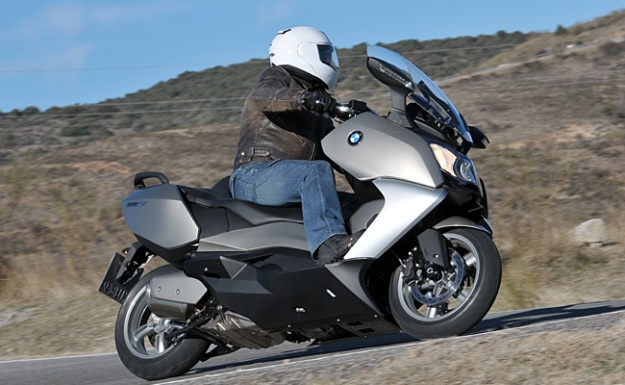 Output curves, the times are a bit softer than the Sport. But not extraordinary, performance twin largely responsible enough to travel alone or two … and lose some points allowed!

Ultimately, the character of the line BMW twin seems better stick to use ‘GT-ascendant fast’ to a purely sports driving: a point that benefits BMW C 650 GT, where C 600 Sport may seem too ‘well-mannered’ face a Tmax…

The chemistry between the engine of the BMW C650GT, driving position and high-end equipment is appropriate in this; the BMW C650GT is reminiscent of the best road bikes manufacturer Munich.

Well born and registered, it turns also perfectly balanced, which contributes to quickly override its result weight. In contrast to its price high (€11 450 in base rate), which is much less easily forgotten! Under these conditions, to make the shadow a Burgman 650 (€10 499 versions Executive) has also no wonder in the eyes of some… 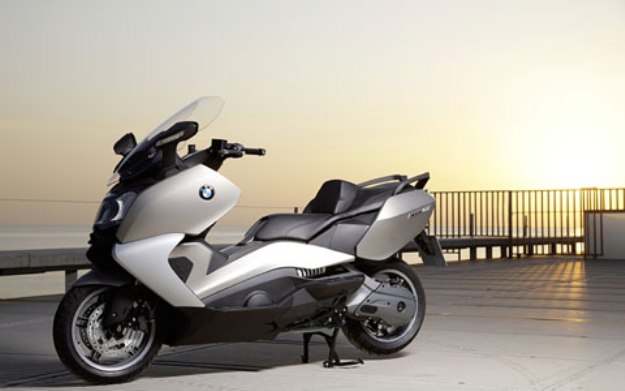 However, there where the BMW C650GT is very strong, it is positioning itself as a tempting alternative to some much more expensive road motorcycles. Some bikers might well be tempted by its excellent protection, its practical tips (automatic parking brake, etc.) and its healthy cycle part in all circumstances! 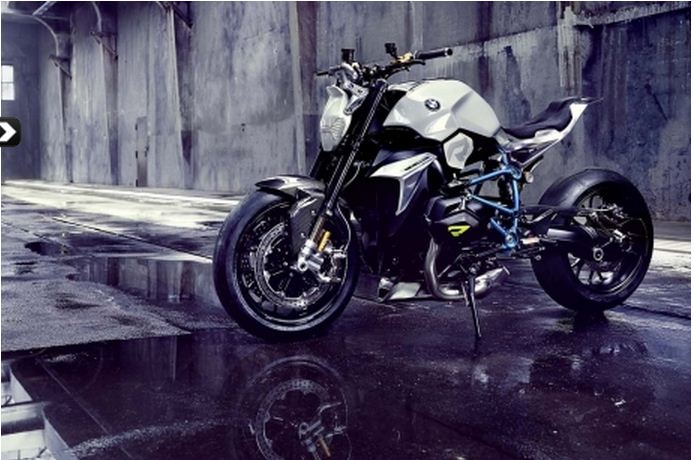 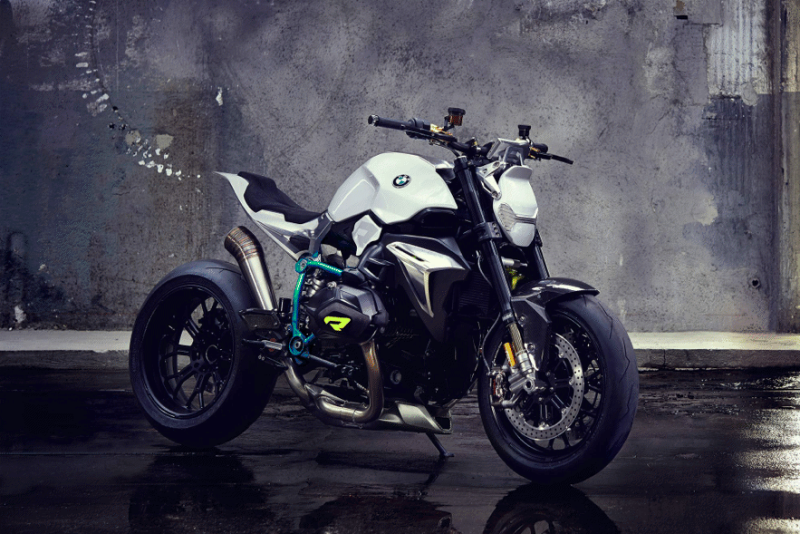 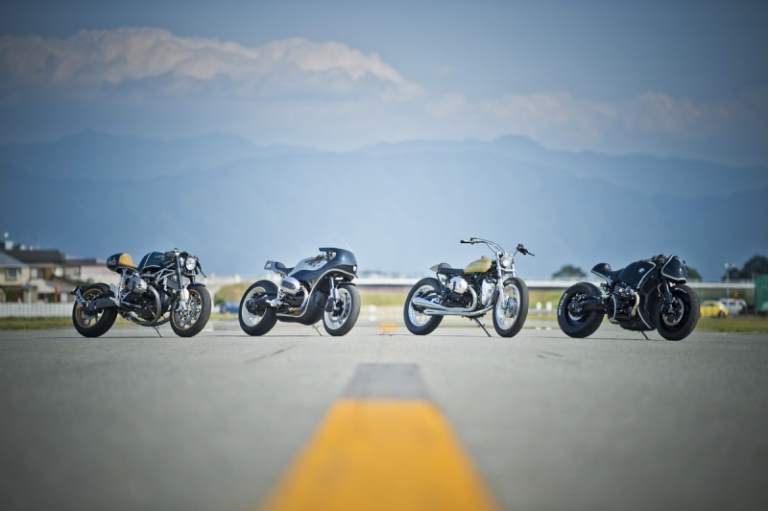