The Street Bob knows a great success in the Harley-Davidson line. Initiator of the bloodline Dark Customs, this factory bobber exult in 2013 this attractive Special Edition. Twin 103 above, red rims, sequins and scallops Harley-Davidson Street Bob SE is the way bobber hot rod! 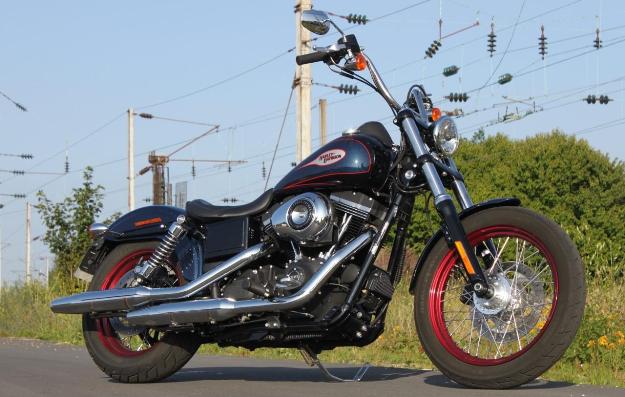 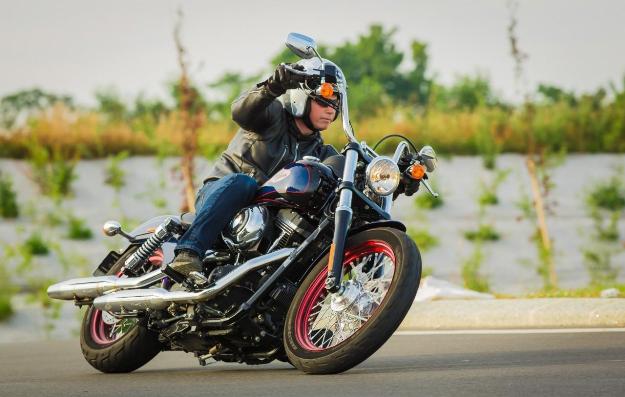 From the outset, the Harley-Davidson Street Bob LE differs significantly from the standard version by its flashy paint and its red rims. Certainly, the metal-flake derived from program Hard Candy Custom will not everyone’s taste, and the Harley-Davidson Street Bob Black Denim will continue its … Brilliant career. But for those who wish to distinguish themselves – and that is when even the reason for the custom – this variant is worth the detour.

The red voile – matched to the nets of reservoir – of rims with rays is also subject to debate. But at least, decoration makes speak, it is already this. Then the logo 103 which adorns oil pans feeds debates in its turn: ‘ ah, but it is the big motor? This grows? ‘ Go, they will not make ask for starting the motor on this uninhabited boulevard. Duly approved, but already very sympathetic ear at very low speeds, the V-twin 1690 cm3 advantageously replace the Twin Cam 96.

This motor is equipped with a valve in the exhaust which opens and closes up according to driving regime, notably to meet the norms of sound programs. To use its timeless music, it is necessary to open gases slowly and to let it by small brought closer touches on the accelerator split. But finally, it is definitely the waited monster? 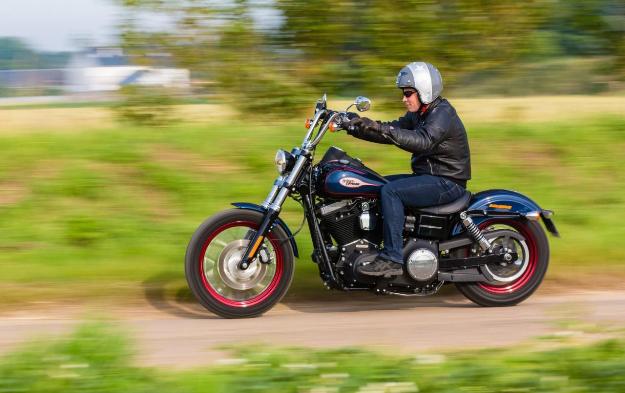 More natural than it appears to it

While the Harley-Davidson Street Bob 103, like all Harley-Davidson is still a showcase for the metal and maneuver to stop his 314 kg fully fueled always calls arms. Nevertheless, the center of gravity is low and surprisingly, the position is less extreme than suggested by its profile. Already, the saddle is low (only 680 mm) and is ultimately more the width of the crankcase which hinder the smaller riders to put feet on the ground without roasting ankles.

Then, the handlebar half ape hanger allows a relaxed driving, but not taken the wrists if high that this toward the sky. In static, some evoke the fact of sunbath under the arm when driving, in the reality, there is nothing or almost and only the long journeys on the motorway will be binding. Finally, the commands to the feet are rather central to a custom.

Therefore, as long as you master any less the weight of the beast, the grip does not pose fundamental concern. Just play the generous torque to bring the Harley-Davidson Street Bob LE forward and facilitate investment. But this Dyna is not more difficult than another drive. 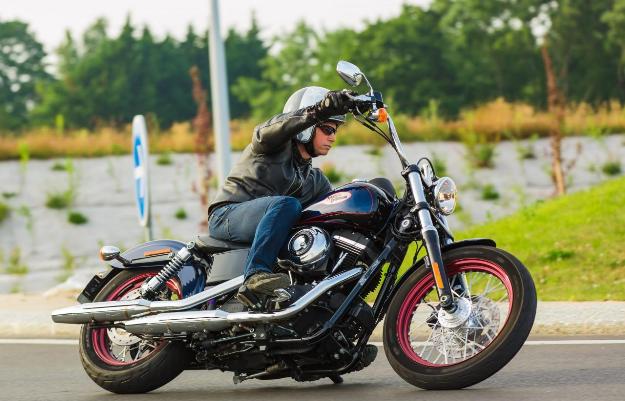 Very quickly we perceive the side of the sports’ of Bob. The weight / torque ratio is very favorable, and quickly shifting gears and opening the gas frankly, you are entitled to beautiful sensations.

Increase of generous couple in the back, rather lively motor if they are on the good beach of regime, nice workability to play with the changes of supports: whether it is on boulevards or small roads, they adopt a more sports rhythm with the Street Bob than with a good many of motorbikes of the range Harley-Davidson.

We can wrap quietly on the torque of the 60 km/h in sixth without downshift or send the wood to pounce vigorously in a turn to the other. A motorcycle well endearing in the final analysis, which allows you to play or cruiser. In addition, its general comfort, limited in absolute terms, is not as spartan as it seems. 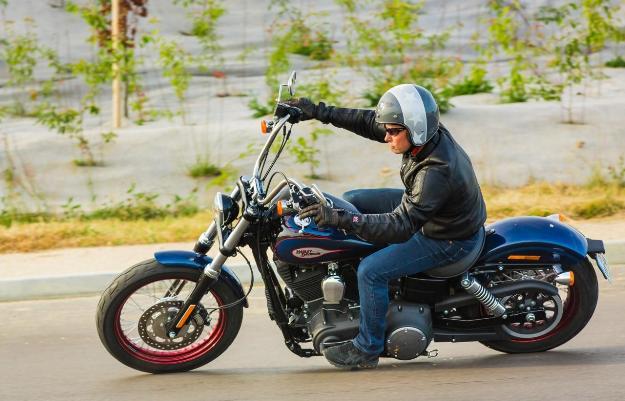 With this version of the big heart Street Bob, Harley-Davidson sobering. In fact, sold € 14,590, the Harley-Davidson Street Bob LE costs just € 600 more than the standard Street Bob (€ 13,990). A price difference actually quite low, which should be an argument for resale.

In addition, many owners spend by the box Stage 1 (or even 2 or 3) to make its luster to the mechanics of Milwaukee. With the 103, the level of preparation to achieve beautiful sensations will be less important: past in Stage 1, the Twin Cam 103 becomes frankly friendly. 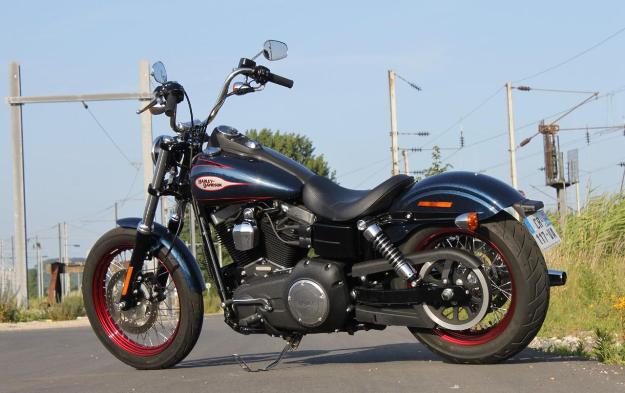 Dges when, it will be well to weigh the against, between rolling stock with a version 103 or by configuration stage 1 or 2 with a Harley-Davidson Street Bob standard. Be that as it may, the pleasure will be part of the game.