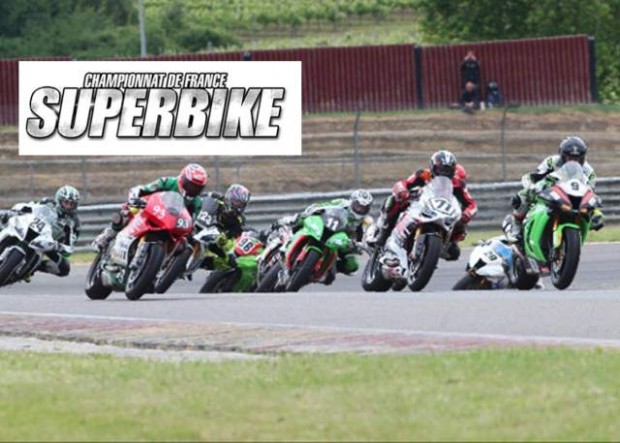 After a manly start, Gregg Black swallows first turns leading the pack Superbike. From the first straight line, Grégory Leblanc and password settled permanently in control of the race. Sébastien Gimbert Double Black in the second round but was unable to keep pace with the Kawasaki rider.

Fast laps by Gimbert allow him to extend his lead over his pursuers. Not a good start, Nicolas Salchaud back quickly in the first few corners but made ​​a mistake before the third round. Black is attacked in the seventh round by teammate Etienne Masson. It is in this turn a mechanical problem forced David Muscat to give up.

If the first two places seem played for Leblanc and Gimbert, the third remains disputed between Masson and Black. In the twelfth round, Masson made ​​a mistake. 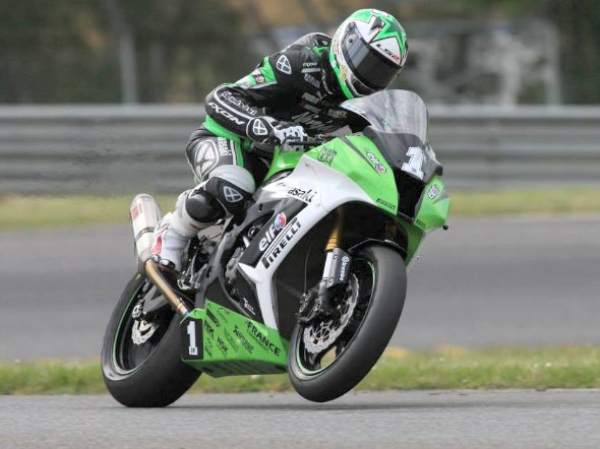 Behind them, Axel Maurin, Nicolas Pouhair and Jonathan Hardt are fighting for podium places. Maurin winner in the battle with 113 thousandths ahead of Pouhair.

Upon arrival, the scratch Black podium and gets the win in front Stock Pouhair Nicolas and Alexander Ayer, 8th overall. With this seventh win, Grégory Leblanc is sacred for the second year running champion FSBK.

Etienne Masson made ​​the best start to a Leblancsurmotivé Gregory to finish the 2014 season in style. The double champion in 2014 Masson from the start of the straight line and stuck 1.5 seconds on the first pass of the timing line.

Sébastien Gimbert imitates and tries to keep pace with the leader in vain! Leblanc is faster and ended his weekend on a no-fault: double victory embellished the fastest laps.

Behind Gimbert finds herself isolated in second place, which he held to the finish. If the first two places were decided quickly, the third will be coveted by Etienne Masson and David Muscat. Gascon remain in ambush until the sixteenth round, during which he will a successful attack. Masson remain in contact but failed to take his place. Muscat is thus inevitable for 8/10.

In Stock, Gregg Black should ensure a Top 4 for the title. After a very eventful race, Nicolas Pouhair won his category by finishing fifth. Black finished second ahead of teammate Baptist Guittet. Nicolas Salchaud after losing his duel against Black early in the race, lose ground as the laps to finish 11th overall and 4th Stock.

In the final standings, Leblanc is titrated with 291 points ahead of Sébastien Gimbert (234 points) and Etienne Masson (197 points). Gregg Black was crowned champion of France Superbike Stock with 270 points ahead of Nicolas Salchaud (255 points) and Baptiste Guittet (204 points).