In a few days now, will be held the last round of  the World Endurance Championship 2014 on the Bugatti at Le Mans. The opportunity to initiate Aprilia RSV4 Factory APRC with a motley crew… 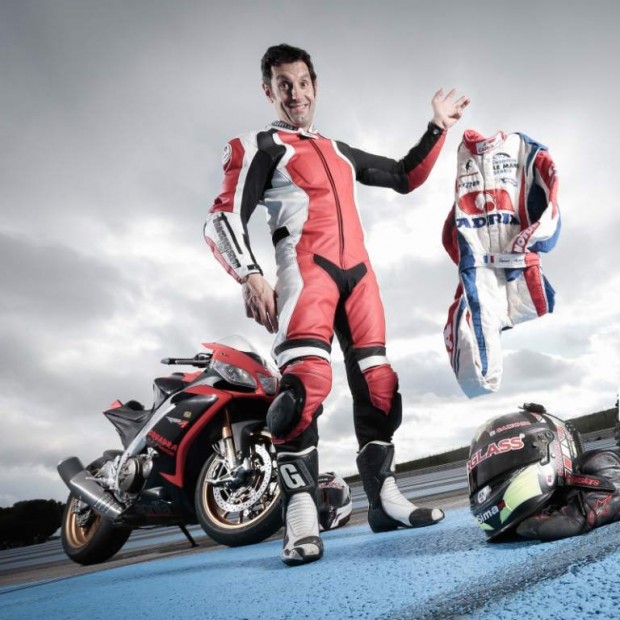 Indeed, in addition to our tester with blond curls, Bertrand Gold crew can count on the backing of two pilots, not least. On one side, there will Soheil Ayari, a racing driver who participated in the 24 Hours of Le Mans (auto) for the first time in 2007 motorcycle enthusiast,  Soheil participated in a trial, before Aprilia RSV4 to ride one, last year, to participate in the Scorpion Masters.  “I am very happy to compete in the 24 Hours of Le Mans on the RSV4.

It will be almost my first bike race, but I know the bike with the help of Aprilia that has allowed me to often train on the Bugatti Circuit. ” Following the package Frederic Bolley (a career Crossman, it leaves traces in the flesh), we are delighted to welcome Adrien Chareyre (4 times world champion Supermoto please!) On our RSV4 # 40 this week 24 hours of Le Mans! Contacted at the last minute, the friendly driver Alésien has shown us on his motivation! “I have a handlebar Aprilia RSV4 to offer you 24 Hours at Le Mans next week ” did I write in my text message. “You cannot say you are prennes you in advance” me he replied.  “Oh no, that one cannot say that it’s very early “. 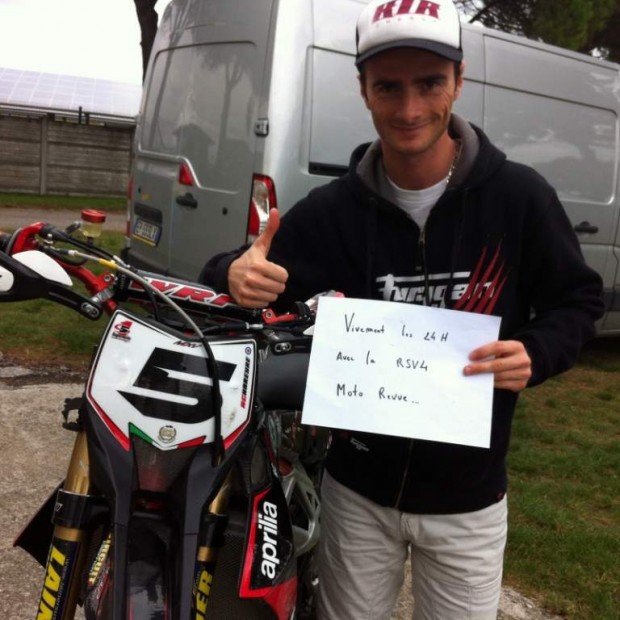 And with the final of the World Supermoto on 12 and 13 September in Italy, it is stretched to Adrian. Yet he confirms his participation me and shows me his motivation live from Jesolo (Italy) via the MMS before the day of qualifying. I love this boy and Soheil Ayari also!

Recall also that two other magazines are engaged in the race. Cycle will be represented by David Dumain on the Suzuki GSX-R 1000 # 63 MOTORCYCLES AZ – APRIL. He will team with Stephane Mezard Stéphane Kokes and pole vaulter Renaud Lavillenie. Also, our colleagues Motorcycle & Motorcycle undertake a Kawasaki ZX-10R. She will carry the # 199 and will be driven by William Milios, Bader Benlekehal Jerome Poncet and François Maccio. A race within the race is looming between these three teams!