Already the fastest in practice on Friday, Loris Baz confirmed his ability on the track in Jerez by capturing his second pole of the season. The French also accounts for the new record of the Andalusian track in front of Davide Giugliano and Tom Sykes. 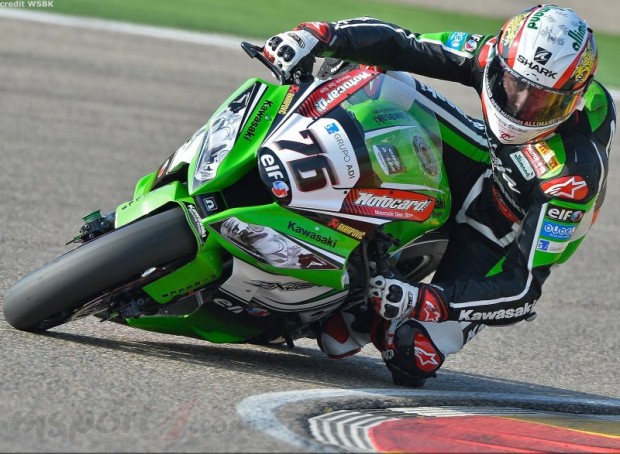 Seriously outpaced by his teammate in the championship, Loris Baz is not less decided to finish the year in style before a possible move to MotoGP and announced his intentions from the Superpole session in Spain with a new record 1’40.298 . Davide Giugliano yet and Tom Sykes have also lowered the previous record, but nothing could face attack “Bazooka” in the final moments. The official Aprilia Marco Melandri and Sylvain Guintoli will start them on the second row and will be accompanied by Eugene Laverty. Sylvain Barrier up the first machine Evo ranked twelfth on the grid after a superb Superpole 1 and despite a drop in SP2.

Supersport, Michale Vd Mark confirmed his domination on the set by winning his second pole of the season at Jerez with a little over a tenth ahead of a Kenan Sofuoglu will be however forced to start from the pit-lane Sunday after using all engines of the season. Lorenzo Zanetti, who took the wheel of his teammate, so leave his side while Florian Marino, who will defend his third place in the championship, completes the front row. Ratthapark Wilairot and Patrick Jacobsen will start their 4th and 5th place with an identical clock. Jules Cluzel, who must finish ahead Vd Mark, gets only the 10th time. 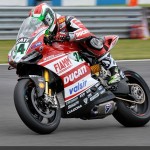 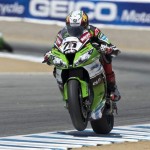 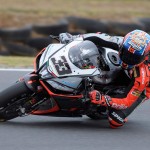 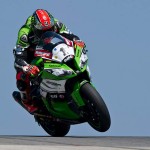