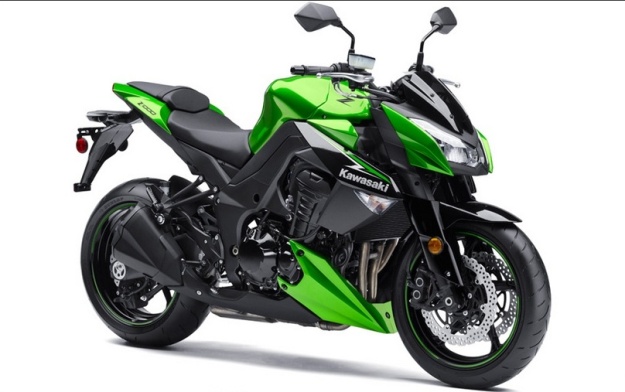 Considered a Sports Road, the Kawasaki Z1000SX was already a well born machine, despite a few flaws and gaps. For 2014, the Greens intend to sharpen sport motorcycle, while strengthening its practical aspects, electronic AIDS complement the table.

Surprisingly, it is above all on the evolution of luggage – optional! -that Kawasaki is communicating. Because, in addition to being by “visually more compelling” brand (hear better integrated in the line), the new design of the bags is expected to receive a full face helmet, each element having capacity 28 liters. 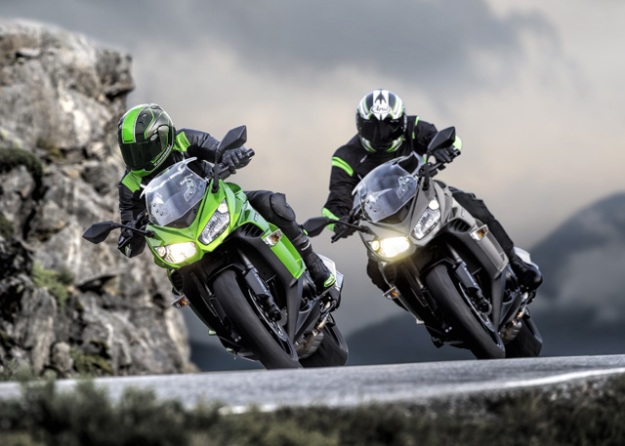 In addition to greater convenience, wants his new Kawasaki Z1000SX more efficient, approaching the best sports brand. To do this, work has been done on the engine, suspension and braking. An upcoming test will allow us to judge whether the bike like those promises. 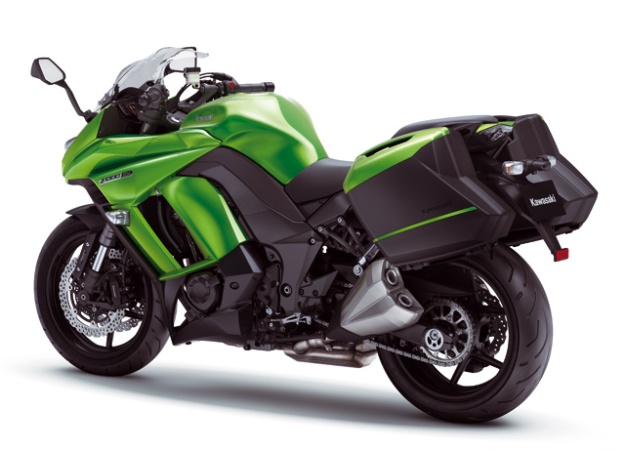 It is curiously an option, the kit bags, Kawasaki communicates first. These new elements, with a capacity of 28 liters each, enable to store a helmet while integrating best line of the bike. 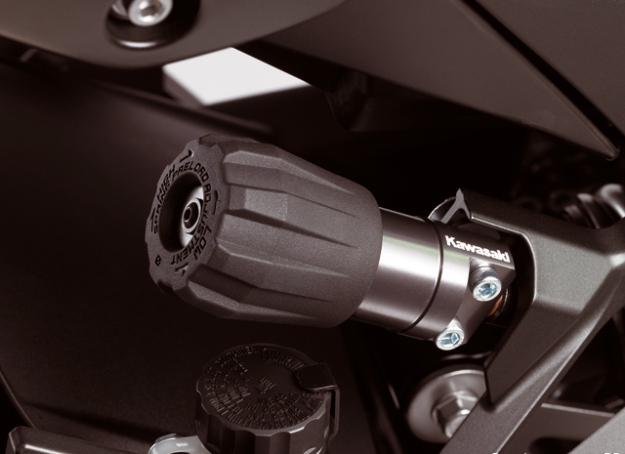 More than easy access, the new dial preload rear shock can easily adjust it depending on the use. 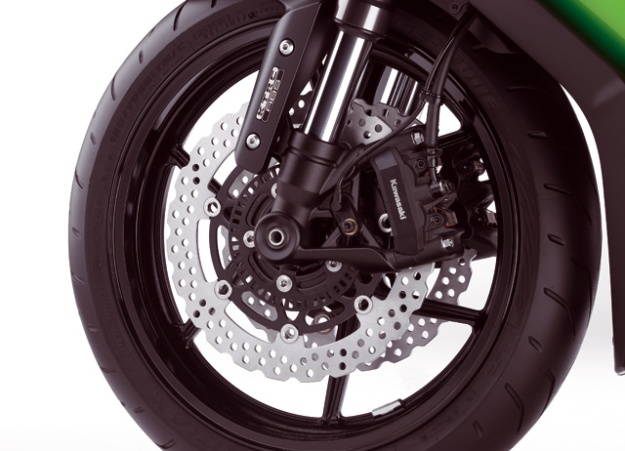 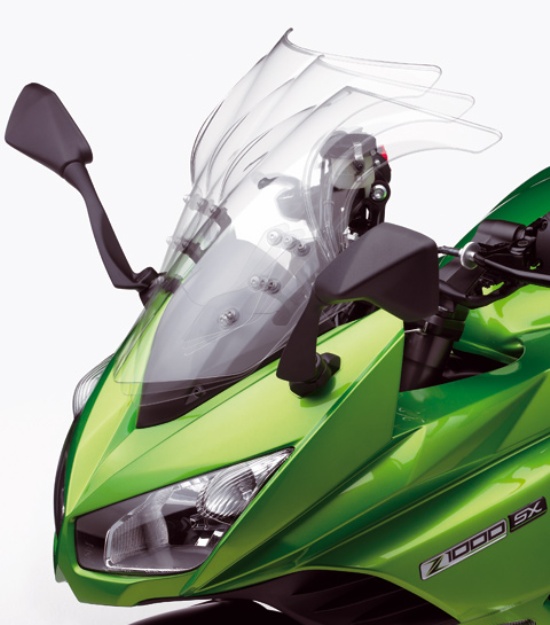 The bubble is still manually adjustable in three positions. 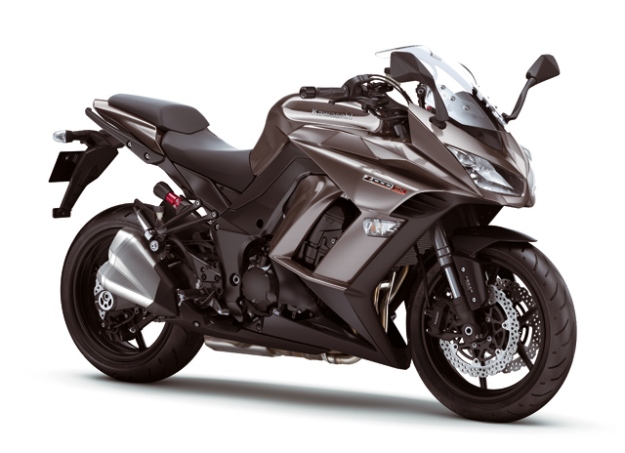 More restrained than the ‘Kawasaki green’, gray has a side discreet mat. 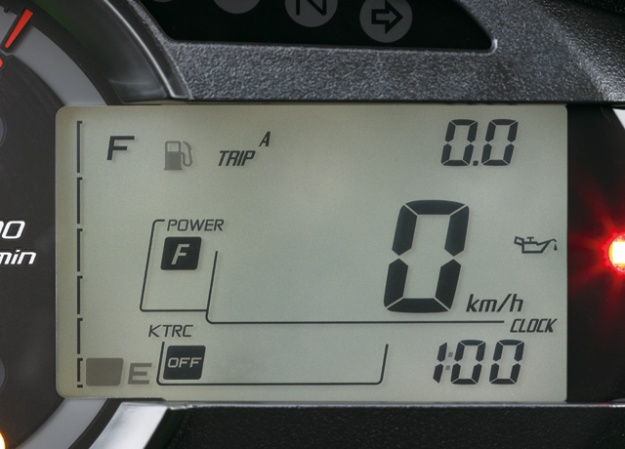 Black is also more restrained than the ‘Kawasaki green’, with perhaps a touch of class and more compared to grey… Finally, it is a matter of taste.

Once in place, the Kawasaki Z1000SX does not exceed 925 mm wide; and once removed, their attachment is invisible, “which preserves the lines sharp machine. Small detail practice: one key is now responsible to operate the contractor and open bags.

Without tell us, Kawasaki announced changes to the 4-cylinder unit in the beast, which ‘allow for maximum power faster and further improve its responsiveness.’ The air box was also modified to include the bike has to have a sound … To hope that this is not the only benefit of this change.

Embedded electronics side, the brand evokes arrival ‘very expected variety of driver aids’ one, while not mentioning that both the traction control system KTRC (Kawasaki Traction Control) and two power modes, selectable handlebar.

On the front axle of the Kawasaki Z1000SX vintage 2014, we learn that “41 mm in diameter fork settings were completely redefined”, without more details there either.

We know however that the radial master cylinder front brake command now monoblock Tokico calipers, which clamp discs petals. New elements ‘still a little closer the performance of the Kawasaki Z1000SX 2014 our sports best’ promises Kawasaki. That may palliate the lack of teeth (all relative of course) that we found on previous models. In addition, the bike is still with ABS option.

For the rear axle, the shock absorber now has a separate preload adjustment knob. This will allow adjusting in a jiffy the suspension depending on the use: solo, duo, moto charged, driving sports or casting…

Judging by the information provided by Kawasaki, we deduce that Kawasaki Z1000SX 2014 is not a revolution, but it brings some welcome changes to a machine that also suffered only few defects. All that we have pointed however obviously not gone the bike still does not seem to accommodate a U-lock under the seat or have a center stand. Both of which, however, may seem to be lacking a machine that wants road. Still waiting for the first test with relevance to judge this, visit an upcoming bikesdoctor.com!