With the Continental GT 535, Royal Enfield began a mini revolution. The most modern of the Royal Enfield of the time wears a café racer English dress. Beautiful, lively, almost easy-going, it reflects the ambitions of the Indian manufacturer on a niche market more bearing than ever. 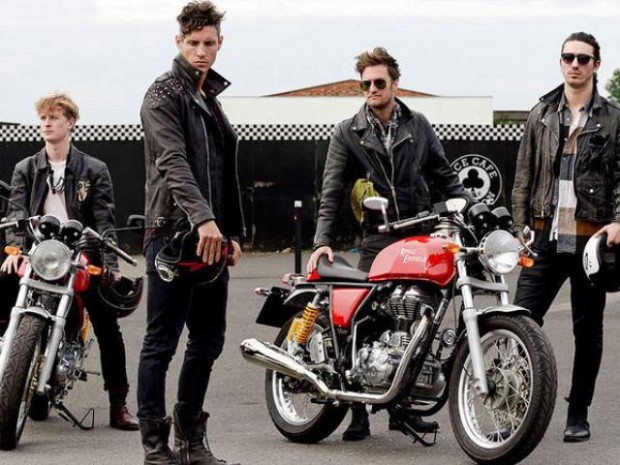 A maxi scooter just to drop me at the green light, as I savor fully the shift, which has yet to be a nothing cautious, aboard the last production of the Royal Enfield constructor: the Continental GT 535. Man pressed overlapping its “tub roller”, as some call the Forum of Team Moto Testing, is already far away, but I don’t cure, I pace me.

The Indian Eicher group, which opened a new plant in Chennai, knows very well that it must evolve its range of motorcycles. The arrival of the electronic fuel injection on the modernized blocks of the last Bullet was just sufficient to authorize the export, continuous, range in developed countries. In addition, competition will soon come from inside, with manufacturers such as KTM, who in allying with Bajaj, offer much more attractive motorcycles in direct competition. Also, the factory of Chennai was born the Continental GT 535, first real Royal Enfield 21st century. 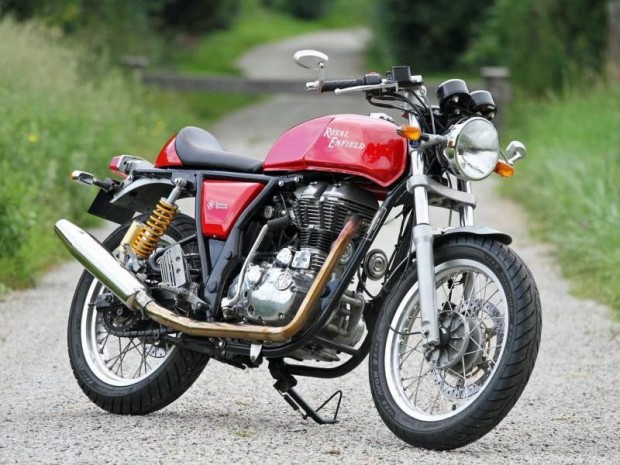 Unveiled in a first time at the fall shows, the Royal Enfield Continental GT had much talk about her. Firstly thanks to its line, which it must be admitted, shows truly successful: Ruby red color, purity of drawing and delicious General allure of cafe racer of the seventies. At the most, can we deplore the volume therefore of the original silencer, duly certified, which spoils the line and makes the single cylinder a phone. This is not the case of our loan bike, here equipped with a stainless steel silencer that releases a few decibels as much as a few grams of CO2 and more. Hope that the representatives of the Greens in fail us rigor.

Rather than use the electric starter, kicker is required here to better maintain the retro spirit claimed by this bike. Royal Enfield chose to retain the kick for the look of course, but also to troubleshoot in case of fault of the battery. However, it looks far more robust than on the Bullet of the previous generation and therefore should not falter in the slightest cold shot. Thanks to the stainless steel muffler, the melody of the 535 cm3cylinder block turns out very nice, almost hoarse. The saddle perched at 800 mm is not worrying the small templates, the narrowness of the Royal Enfield cigarette amply compensates. However, its rather small size should certainly not agree to the largest.

As soon as the first rounds of wheels, the modernity of behavior surprised, in a good way of course! Much more rigid than the Bullet, better given to the level of suspension, the new Continental GT 535 benefits at bottom of new steel frame double cradle and provided with geometry in tune with the times. This greatly facilitates the decision-making in the hands of this bike which shows much more neutral than a Bullet2014. The Continental GT 535 does not fall development on the low-speed angle and retains a holding of cap almost insensitive to speed decision-making, all proportion Gardée of course.

Its overall operation turns out to be actually more modern. The motor fairly quickly reached its optimum temperature by winning a beautiful regularity. It resumes properly at low rpm, even if in good single cylinder it gives the best to the substantial. The gearbox, 5 gears, asks well to break his ankle movement, under penalty of false neutral between each report from Editor’s Note: it exaggerates a little there, but nothing off-putting in use current. Certainly, we are still far from the best market nightclubs, but progress there is the image of a selector with the content travel. 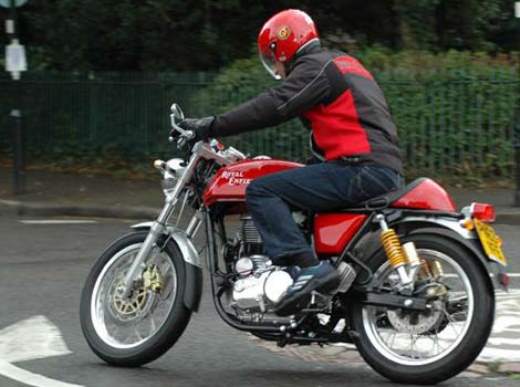 The position, in light support on the bracelets handlebars, offers excellent control while allowing the exploitation of the turning radius, very correct. With185.2 pounds all full facts checked, Royal Enfield Continental GT 535 will guide easily in traffic, once it has seized the importance of playing the box to keep the engine on his best tempo. The arrival of these most powerful block 29 horses for the GT against 27 horses for the Bullet, announced gives wings to the new Royal Enfield, which is languishing to survey the cobblestones. And it is true that it does not demerit. Perceived performance gap is far more meaningful than 3 small ponies on the sheets. Certainly, released pot and the richest set-up of our bike of borrowing boost without doubt it’s vitally

when well even, the Royal Enfield Continental GT holds its rank on Highway. 130 km/h in fifth (122 real kph), the tachometer displays 4 500 rpm and mechanical all done his work in a certain serenity. On long course, prefer down to 110-120 km/h, vibrations will then disappear almost. 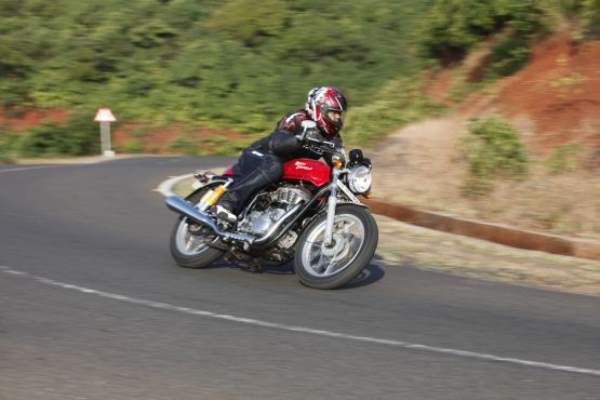 Small winding roads reveal clearly the charm of this bike. Light, natural behavior, she places herself with very considerable accuracy in the twisty parts. Pneumatics riding our bike to borrow Avon Road rider instead of the Pirelli Sport Demon fits him like a glove, the Continental GT gives smile cornering. Probably less stringent than a Triumph Thruxton, it is much lighter and the single-cylinder engine that likes to play between 3 500 rpm and 5 500 rpm spices up his conduct. Some will find this RPM range seems well close to the modern multi-cylinder engines, but should take into account the inertia of the Royal Enfield block and its architecture. Everything happens in this RPM range where you play the couple while this block yet offers what might be called a motor brake. Preserving behavior, the suspensions indicate nevertheless some imperfections: the spring-damper handsets less well Bank shocks than the fork. Nothing serious so far. Braking, association of caliper Brembo master cylinder Bybre the Indian manufacturer Italian subsidiary is evidence of sufficient power in most cases. 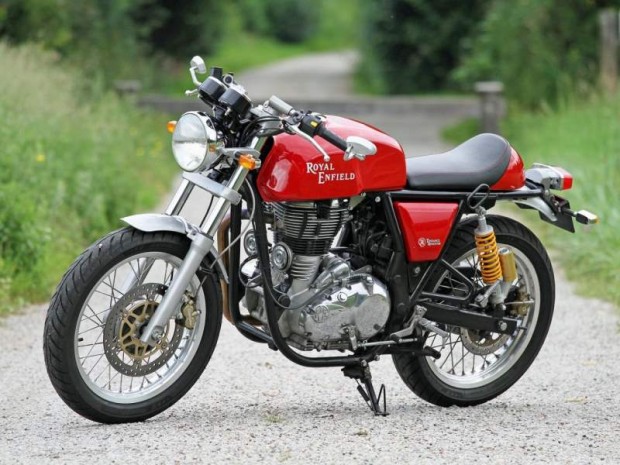 Sold 6 US$ 507 (28/08/14), the Royal Enfield Continental GT calls for only US$ 198 more than the Bullet Classic. A price difference rather reduced taking into account the progress made and the level of performance increased. The GT is now much cheaper than the 500 cc Bullet. More modern behavior, nicer to the daily, living in engine with some small modifications, the Continental GT 535 turns out rather successful and enjoys a great opportunity on the market because it has no real direct competition. 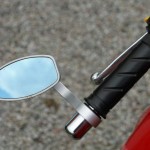 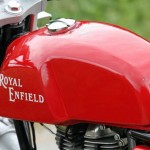 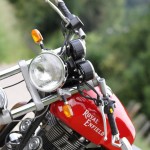 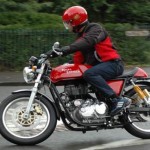 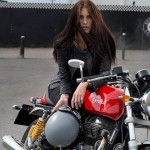 I hope you enjoyed to know about the Royal Enfield Continental GT 535. Let me know about your views about this.