Affectionately nicknamed “Queen of the Road” by fans of Vespa, the Touring offers elegant and exclusive accessories like luggage racks front and rear and a windshield standard.

The Queen of scooters has received the last supportsthe rider’s high-tech, with ABS and traction control. The single-cylinder four-stroke hums under me as I’msitting in a comfortable seat, while smelling the airspring in Tuscany, and realizes the butterflies in fields ofyellow flowers in spring. It is good to be liberated bythe warm sun.

The essence of the Vespone is the new high techfeatures, giving more tranquility on a slippery road ASR traction control takes care of sudden landslides ona cover of culvert or wet leaves, while ABS providessafe braking in all conditions power. 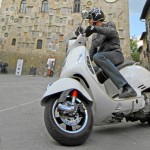 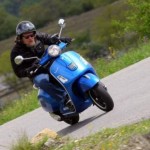 This is good newsin the MPs; it is slightly more potent than other Vespascooters. The Individual 278cc is claimed to produce21.2 horsepower at 7,500 rpm, while peak at 16.4pounds-feet of torque is available at 5,250 rpm. It has more thrust in all his record than previous models.

Of course, the Touring also features all the technological innovations of the line GTS models, such as the new front suspension (ESS), the two-channel ABS, traction control (ASR) of the rear wheel and a USB port in the glove box. 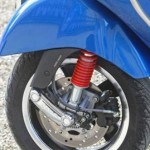 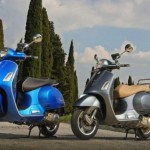 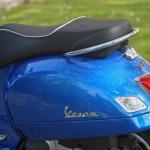 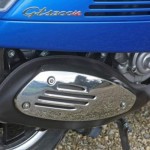 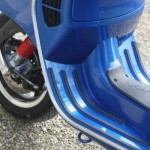 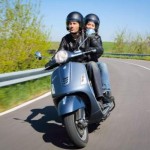 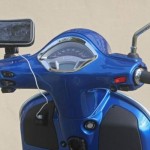 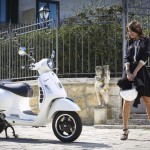