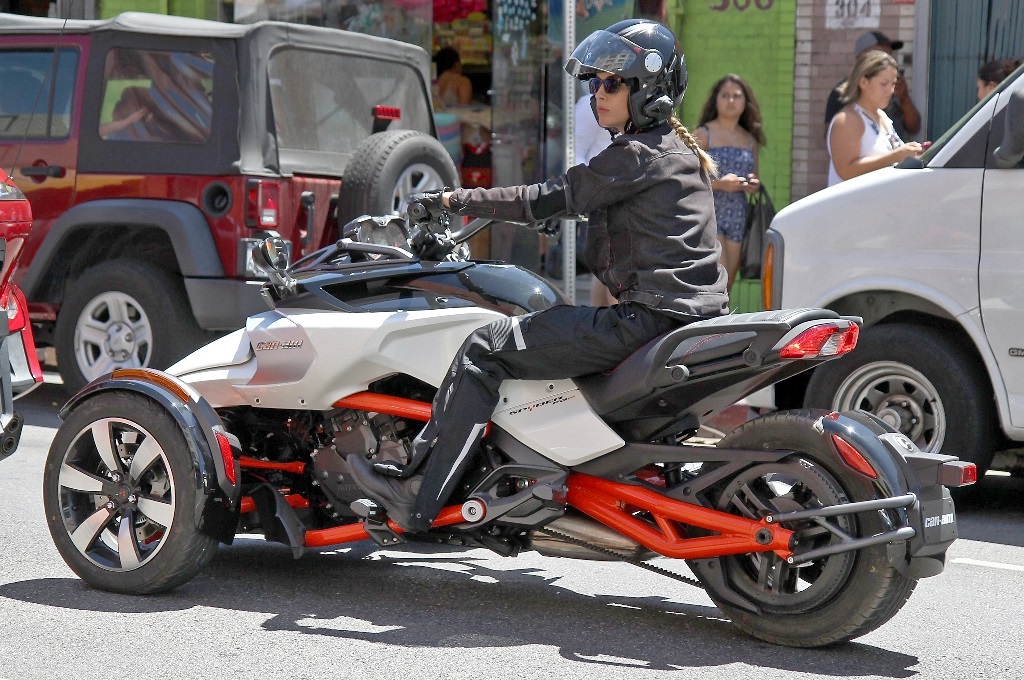 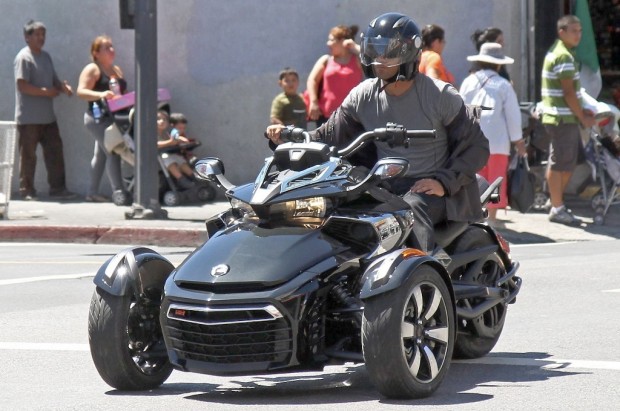 F3 EFI – it’s affixed to its side flanks logo – should logically give up the twin Rotax to adopt the new 3-cylinder ACE 1330 cm3 developing 115 hp and a torque of 13 daNm already seen on the Spyder RT 2014 provided by Brembo brakes seem, and exhaust should be a co Akrapovic, as announced last year.

For the rest, we discover that much more angular lines on the RS version, with an aggressive grille, hit a red S, a completely new look, a saddle more “moto” than before and a driving position typical custom.
We hope to see land the Cam-Am Spyder F3 at the shows of the season, probably in late September at the Intermot Cologne: by then, stay tuned.

OK, I was one of the many who disliked the 2015 original photos ‘Spy’ Spyder. I said she was ugly, because that’s what I thought on the basis of the photos I had to make a judgment with. 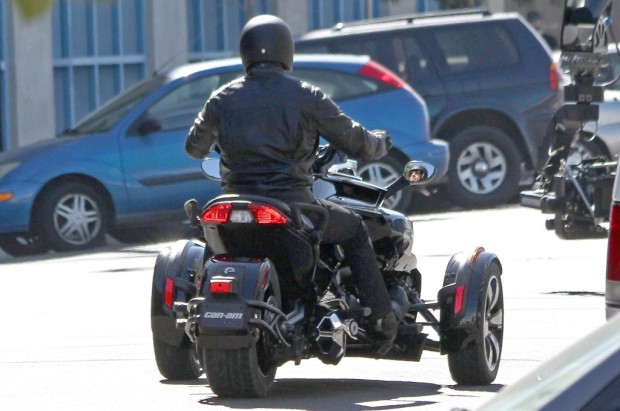 More information and more realistic images can change the mind of a person and I don’t care at all. Here is a link to some photos of what appears to be ‘The Real Deal’.

I’ve always wanted a more naked Spyder and I’ve said so many times in previous posts. So the exposed tubular structure a bit like the V-Rod is attractive for me. I like the armed, swingarm tubular also.

The whole machine seems to be sitting a little closer to the ground, with changes in the front to give the additional ground clearance where it is needed. If this is true this model to handle even better than current models. I “m to do with manipulation.

Driving position. I don’t much care what appears. It is obvious that the position of the feet and the controls are forward. Many like my Suzuki M109R and I can say that it is very comfortable for me. In addition, it seems that the way the footrests are mounted and tubular chassis in front of them will the aftermarket guys on the perfect platform for all type of footrest options. Especially you for long-legged boys and girls.

Some of the colors like me better than others, but after that will always be the case.