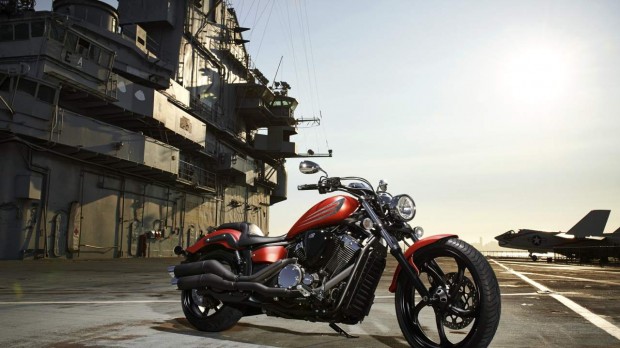 Muscular style exciting, neat, torque V-twin and virile manufacturing: the factory chopper forks seem to be born under a lucky star. The Vexin is not Colorado! Nevertheless, with its winding county perched atop chalky cliffs bordering the Seine, it’s still a beautiful playground for testing a bike! Anyway, we have not taken the handlebars of an American today. So no regrets!

We settled on the new Yamaha XVS 1300 Custom, a cruiser style chopper, built with European range of the Japanese manufacturer, at the request of the French branch.

With the introduction of CFD bagger chopper and this version of the Midnight Star, YMF large building on the development of its custom segment in 1300, although in line with market developments. The French importer need only type in the impressive catalog Star Motorcycles. 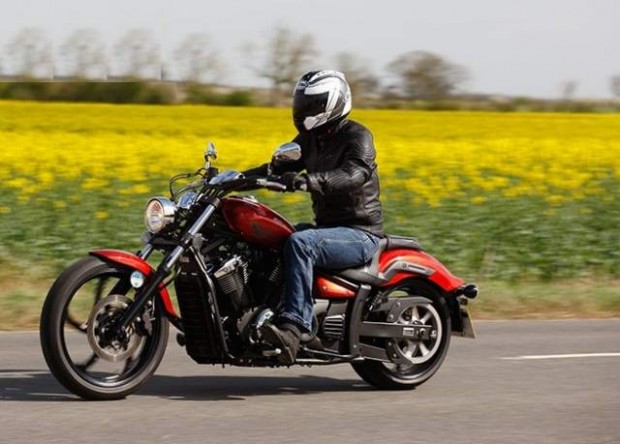 Attention to the smallest details of XVS 1300

Marketed overseas in 2011, the XVS 1300 lost his surname Stryker during the trip. His muscular style as enjoyable, however remained intact. Inspired by XV1900S Raider, she exhibits a low line, as close to the long wheelbase, long shapely tank and tilted 40 ° inevitably eye-catching fork. The Liquid Copper colors of our model is to test as much effect.

Unlike the 1900 pots 1300 expose by two chrome tailpipes, contrasting with the black epoxy tubing. This set of colors can also be found on the V-Twin open to 60 °, centerpiece of the bike. Overall, the Yamaha XVS 1300 Custom is a beautiful machine that is fun to detail. 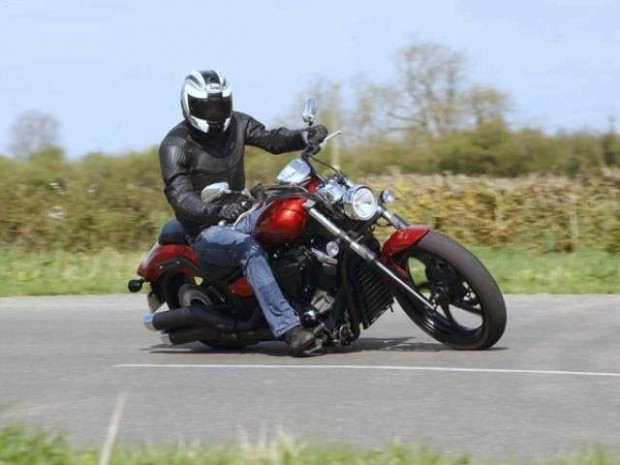 Appeared on the Midnight Star in 2007, the twin is more modern than it looks. Its chrome fins certainly participate to cool his ardor, but make no mistake: the cooling is liquid, with ducts directly integrated housings, hoses of cleverly camouflaged and an elongated radiator, though stashed between the tubes of the double cradle. Rigidly mounted in the frame, its vibrations are fully contained. As the hushed vocals of twin Iwata, friendly but frankly as charismatic. Too bad!

No potato in the program, but the potato anyway! In keeping with its looks, the 1300 Custom reveals a virile character from the throttle, copiously served by its big torque and perfect traction. Slight surges transmission disturbs the acceleration phases without prove prohibitive. Any more than a few knocks felt at low speeds when the changes in the city in the third. It is then easy to get a report, clutch control not too hard and accurate selection caregiver.

Back secured by the back seat, relaxed through the wide handlebars thrown backwards arms, legs unfolded: the driving position is not binding and allows collecting the force of custom, the engine does not really lack of respondent.

The view on the block instruments is stunning minimalist, but the lack of protection is not conducive to exceed the legal limits. Yet, with its excellent road holding and the extension of its twin, the XVS 1300 does not lack potential. Nevertheless, it is eaten more in the secondary network, where we mop between long turns without forcing its management. 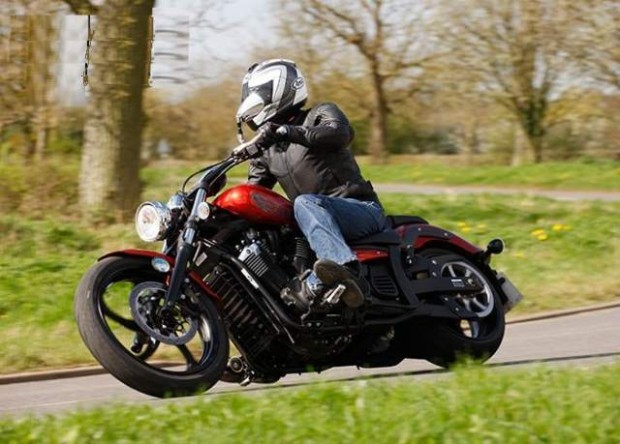 When driving in the pouring meandering through the wide handlebars and center of gravity low, the Yamaha’s easy to register curve for a motorcycle equipped with 21 inch front rim astonishment. Perfectly rigid, it offers a little criticism keeping track. Bridgestone Exedra ensures its optimum grip, favoring taken corner, despite the presence of the wide rear tire. The ground clearance suffers, of course!

Less positive, the lack Yamaha brake on the front, especially when rapid slow announced its 293 kg fully fueled. Fortunately, powerful rear offers a perfect progression. Finally, we are a few little surprised to find so many drought in the back. The damper rod might be mounted, it remains rough. Lumbar fragile refrain! 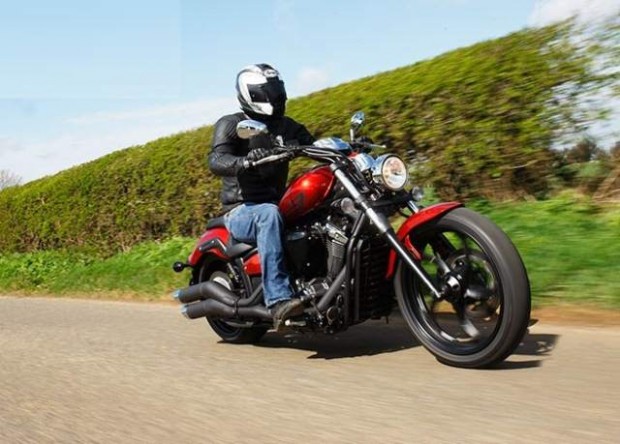 Impressive at first with his quick draw chopper, Yamaha XVS 1300 Custom reveals ease of use amazing hand. With the saddle at the grass roots (670 mm), it is highly accessible.

Licked by her endearing details and allure, it proves pleasing to take a walk or even more manly fashion, her twin is not stingy sensations. Given its features and its manufacture, sale price of US$ 14,600 does not seem excessive. 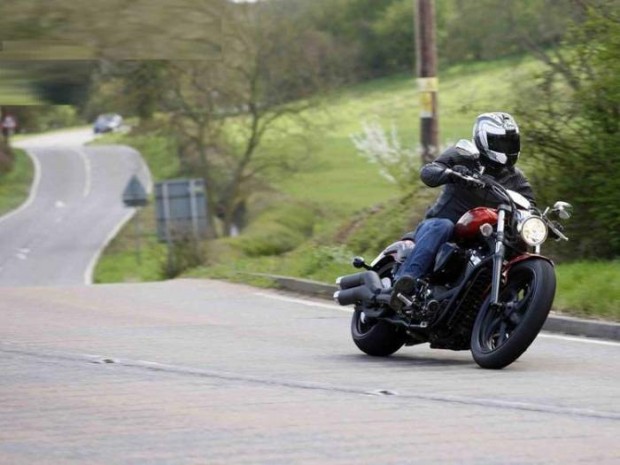 Especially at comparable philosophy, there is much that Victory Vegas 8 Ball sold US$2654 more for him to shade. But who would seek to enter the family custom, with this type of engine, the Harley-Davidson Sportster 1200 Custom and Forty-Eight starts at US$ 15380.

Japanese customs still having great difficulties in entering our land, the task promises to be difficult for the XVS 1300 Custom.

Although purists may influence inevitably, the Stryker is a great alternative towards a Harley Davidson. There was amoment in which the Japanese produced only clonescheap Harley, however this period has become longer.When a Harley is more tradition and chrome, theJapanese cruisers are bad, bad humor and matte, something that gives them a dark edge and an identity.