KTM dealerships released in 2013, the 1190 Adventure and its version R will receive the reinforcement of a Super Adventure. 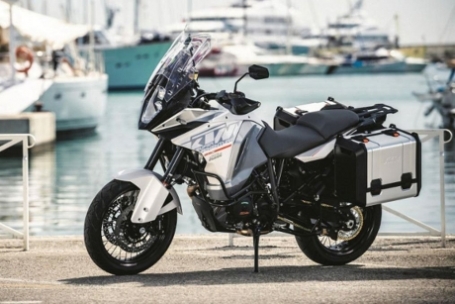 A machine whose the first image comes from fuiter. It’s been little more than one week since introducing the first details of the new machine of KTM adventure, but today, the Austrian manufacturer has finally decided to shed more light on the matter. We have the first official photo of the 1290 Super Adventure beast, as well as some more interesting details. It remains to know when KTM is going to draw the press release…

Real ball of nerve 150 horsepower in the free version, the KTM Adventure has many assets in the category of sports trails. With an engine derived from that of the RC8 Superbike – R, the Adventure is one of the machines the most able to give of trouble to the Queen of the category, the BMW R 1200 GS. 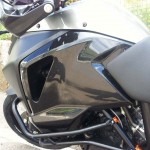 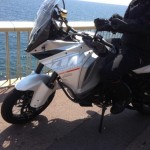 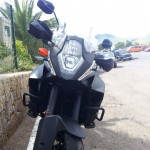 For the coming year, and this time to trample the plot of the Adventure of the GS version, Mattighofen engineers will offer the market a KTM Super Adventure. Understand by this the Austrian trail will be able to benefit from some practical adjustments to consider furlong, even very long sprees.

Thus, the reservoir will see capacity increase while the bubble of protection will be more generous. For the rest, the list of options will be surely thick as telephone directory and it will take series of famous brake ABS Bosch MSC system that regulates based on the angle of inclination. Traction control, the pressure indicator of tires, the engine mapping and the on-board computer probably also doing part of the endowment of series.

Now remains to wait that KTM have decided to formalize this Super Adventure. The thing that should too much delay.