Here we showing you the first stolen photo of the GSX-S1000. The first photos of the new Suzuki GSX-S1000 roadster! Attentive photographer surprised the bike while Suzuki was in full swing photos and official films. 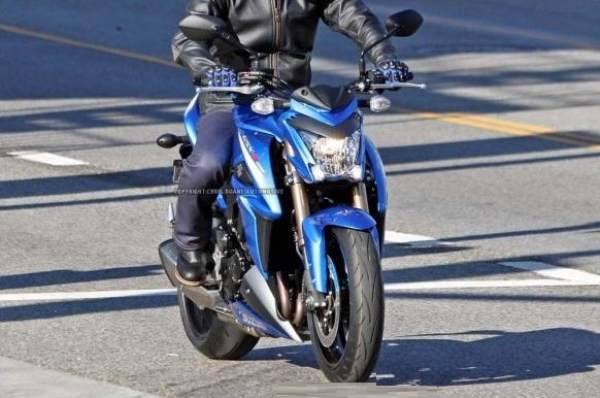 This future will benefit from the GSX-S1000 four-cylinder 999cc GSX-R1000 of. For the occasion, it may be relieved of some horses in favor of a benefit curve low and midrange torque. The new roadster takes unsurprisingly a style similar to the GSR750.

We are expecting that the international fairs in Cologne and Milan to find out all the details of this GSX-S1000 roadster will battle in the big leagues!

Equipped with a metal plate and a California plate, beautiful Hamamatsu seems resolutely ready for commercialization. Although Suzuki does not have a single word about it, we can already celebrate the arrival of the new 1000cc sport naked who will fight tooth and nail in the category of KTM Super Duke R, BMW S1000R, Kawasaki Z1000, Ducati Monster Aprilia Tuono V4 1200 and as disclosed in our previous article, we obviously expect that the GSX-S1000 is equipped with the 999cc fours equipping GSX-R1000. So, the power will surely be downgraded in favor of a ladle of torque into the midrange. 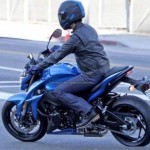 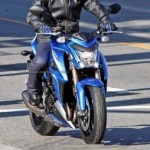 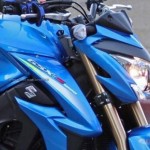 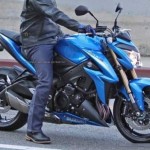 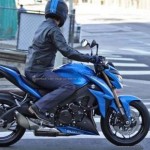 The V-Strom has a traction control, it would be no surprise that the GSX-S1000 benefits. The competition had better watch out this Suzuki has arguments before it is discovered completely.

And if you look at the side of domain names, we observe that Suzuki GSX-S asked and GSX-F! A semi-faired version is therefore expected.