The appointment was made with the team Honda, the day after the GP of Czech Republic. So we are on the circuit of Loket for a first foray to the handlebar of the new Honda CRF250R 2014, one of the major new features on the market any field in 2014. The reds have they managed to improve their small 4-time? Mason Bikesdoctor.com already has the answer. 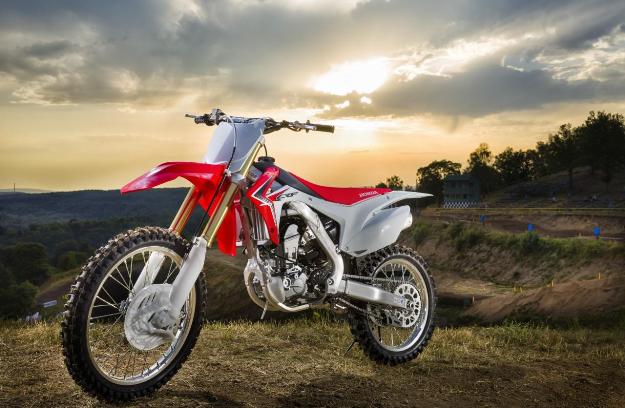 It is on the circuit of Loket we find a Honda rather smiling since the two ‘red riders’ team Russian – Alexander Tonkov in MX2 and Evgneny Bobryshev in MX1 – are mounted on the Czech GP podium the day before. The other reason for this good mood is the arrival of a whole new Cross bike in the range of the world number 1. A Honda CRF250R reviewed in depth, with including an all new chassis and mechanical far from benign developments.

Since the arrival of the injection on the Honda CRF250R in 2010, these bikes were not too affected technically. But after the significant evolution of the CRF 450 last year, it is the turn of the small 4-stroke leap with this new generation of Honda CRF250. A motorcycle, which follows very clearly the path of its big sister, with a aesthetic identical but also a aluminum frame of sixth generation similar to that of the 450, with a few exceptions. 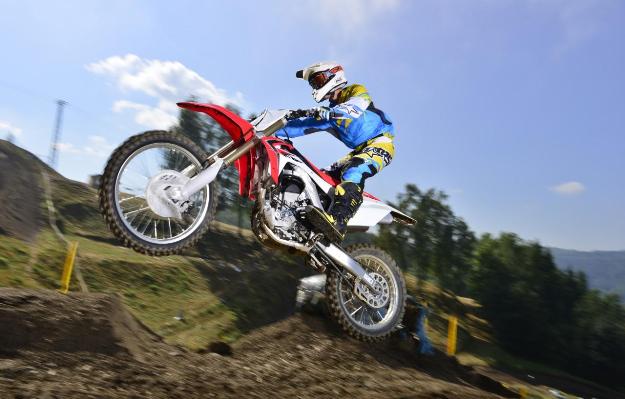 New look, but still (too) simple

It is therefore a 250 CRF new look we have under the eyes, with a more sharp line, inspired by the 450. Not great upheaval however to put in the tooth: Honda retains its standards, with a quality of finish that exudes seriously without to unduly flatter the retina of the driver. Here no small detail racing as tees or anodized wheels or an engine combs.

We are still awaiting the arrival of the hydraulic clutch that team in recent seasons all bikes official, both in world MX in AMA Motocross, but it will not be for this year. However one cannot but admire the new dual exit exhaust, single market and gives the Honda don own identity. 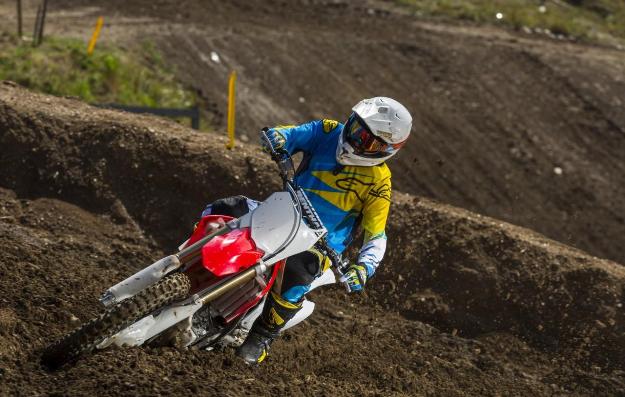 A chassis in beep!

Having studied trajectories with attention during shopping of the weekend, me here is in pilot mode of GP ready to put some gas on the circuit of Loket. Check, very fast I come back on earth: they should not be the same planet all things considered…

Despite not really clear to ride circuit, it should no adaptation time to feel comfortable on the Honda CRF250R 2014. Intuitive ergonomics Honda is once again fly. Rolling myself on a Honda and for the sake of objectivity, I approached some foreign associates all were unanimous; the feeling of the FIU is the top.

Without any change at all from the previous model, the new frame does wonders. The bike is playful, easy to guide, turns into a handkerchief and all this by showing an exemplary stability. But then, it is the perfect bike? Not quite either!

This year the reds were presumably placed emphasis on comfort with very flexible suspensions. Certainly, the grip is to go and that gum rather effectively all small shocks, but in receptions and well holed Loket braking, the bike tends to hound too easily. The reactions of the bike remain healthy, nothing vicious to deplore. Pass by the setting box will be required probably for many riders, history tweaking a little.

We finish with the front brake that has not changed. They reproached him thus always a lack of bite. But when the circuit has become dry, concrete and extremely slippery at the end of the day, this was not really disturbing… 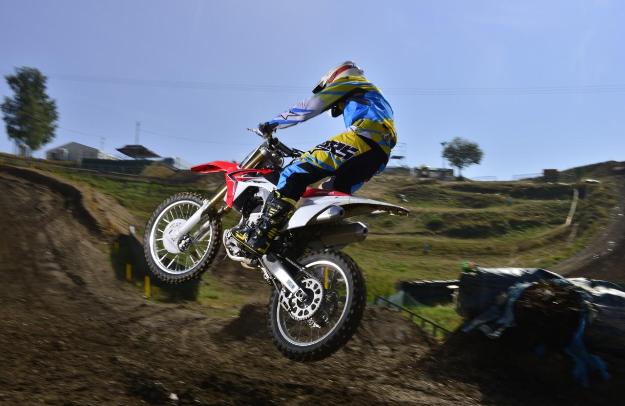 Often tackled for its antiseptic nature and choked, the mill of the Honda CRF250 answers his critics in 2014. From the first laps, we feel that the Red more responsive, the force of the engine is much more present than before.

Low speeds are solid and when we arrived in Cape Town of the mid-schemes, the Honda still seems to strengthen. The result is immediate on the runway: the blows of clutches retrieve the motorcycle support and ruts with much more force than before. And with this performance gain notable, there is less hanged at the clutch lever to restart the bike.

High speed, gain extension compared to the previous model is sensitive but not obvious. The bike seems freer but probably not still enough for the excited to the red zone. Will a report well before the switch allow however to the mill to maintain its effectiveness.

The dual exhaust delivers a sound a little more hoarse than in the past, but the FIU maintains its sound discretion. Finally we put forward very easy start-up of the red. If the Japanese still don’t seem to address the issue of the electric starter, a kick shot will be enough to snort the Honda CRF250R 2014, even taking motor. 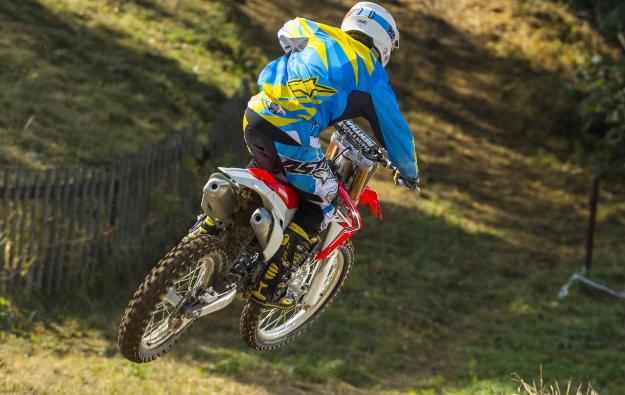 Appraisal: The Cross is universal!

Although the Honda CRF250R facelift completely for this year 2014, it will not be wasted in taking his handlebars. Its natural ergonomics works wonders, its balanced chassis and player is hard to find fault with the exception of the Showa suspension too soft hair, but still very healthy and reassuring nonetheless.

The engine raises a notch in terms of performance while maintaining a very appreciable roundness. Short, Honda CRF250 2014 is perhaps not the bike that will deliver more sensations among the 250 4 – time to market, but its ease of grip and its efficiency will fly with the majority of the drivers. 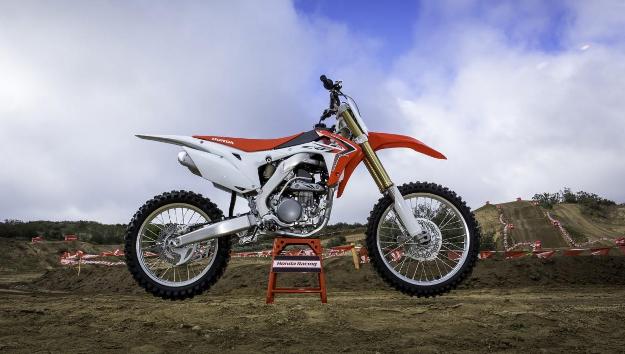