Since that time it was claiming, the Yamaha YZ250F here it is finally, new generation! And it has been busy at Yamaha for vintage Cross 2014: after a deeply revamped 450, it’s a brand new 250 4-stroke which stands before us. Neither one nor two: here we are on track to deliver you our feelings in preview. 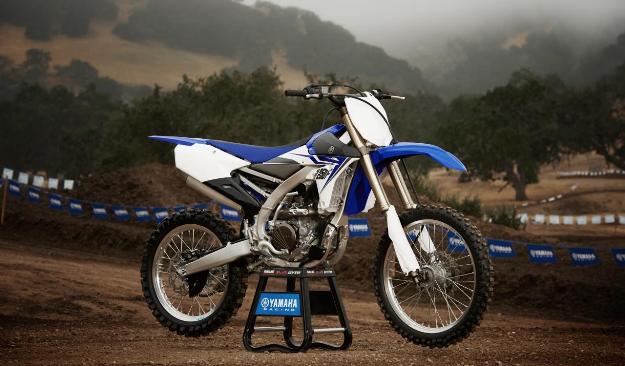 Like its big sister 450 YZF, Yamaha 250 YZF had experienced a radical change in 2010, including a new chassis, but without changing its good old cylinder 4-stroke 5 valves.

Since we were all expecting an updated page from the Blues, who were slow to change their engine block, always faithful to a carburetor. A power which, incidentally, was fishing in any performance side, but perhaps a bit more in terms of ease of adjustment.

Well it took be patient, but Yamaha has not done the things in, with a Yamaha 250 YZF 2014 fully review compared to its predecessor… predecessor… that of before what! The small 4-stroke cross is now extremely close to the 450 whatsoever in terms of design, aesthetics, chassis and technology. 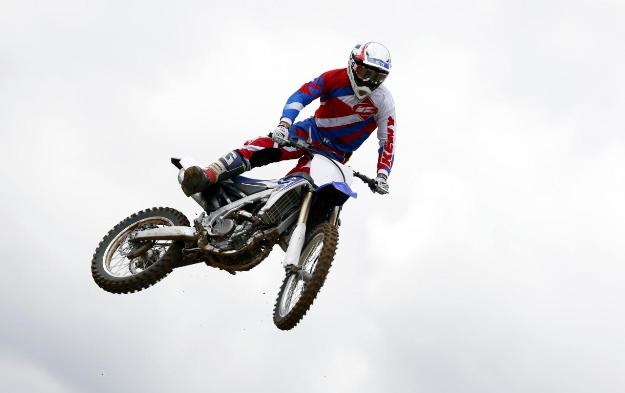 A quick tour of the bike is needed and how often, the Yamaha YZ250F 2014 has a sense of seriousness with a quality finish which suffers no reproach. At most, the air filter cover at the location of the classic tank cap he denotes a bit, but the tastes and colors…

Footrests wide and catchy, a floating front disc, tees color magnesium fork, Pro Taper handlebars and especially a collector that wraps around the cylinder to provide a racy little blue button, although obviously we would still more … It regrets the disappearance of the original engine guard.

Saddle, references with the old model are far. Provided ergonomics is welcoming regarding the controls and cockpit. But the Yamaha 250 YZF is now a common chassis with the 450, so, it seems to be on a 450! The bike appears to be widening between the legs, especially at the radiator shrouds. Rest assured it is far from a ship, but the smoothness of the previous YZF we lack a bit. 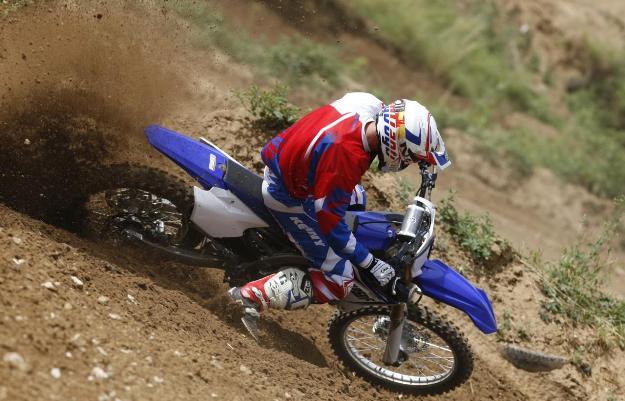 Healthy, but not comfortable

The first session of rolling is done, as always with Yamaha, with the motorcycle in configuration 100% standard, both for the mapping of injection for the setting of suspensions. We realize very quickly that the bike is firm, very firm!

The front seems very rigid, which will no doubt delight very good drivers who will return safe braking holes without apprehension. But for the average driver, it’s a bit much. We really appreciate a little more comfort in the early compression, which would also give a little more forward with the back that, he works much more easily. Clearly, as the bike seems to set the sand.

A few click later, open the compression of the fork and closed a little that of the shock absorber. It is already much more instinctive as behavior and we gain in precision. The Yamaha turns easily, but is also perhaps more vivid than before. It must impose a little more to the bike to change support quickly.

In contrast, the Yamaha YZ250F 2014 inherits undeniably the stability of its big sister. On fast breaks the circuit that can really stretch the bike remains online even if it arises in the holes. No bad reaction, it is once again a very healthy frame reassuring at full speed we offer Yamaha. It also runs on a double typed anything for you, and it went well. You can go! Braking, powerful and progressive one appreciates the compromise is ideal. 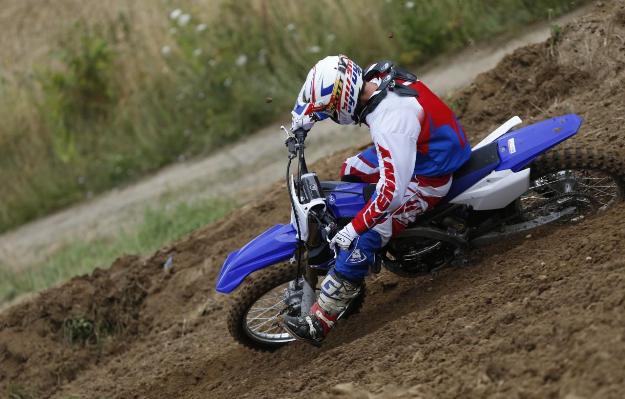 As the chassis, the mill of the Yamaha YZ250F 2014 inherits some features of character of the 450. Upon commissioning, the sound hoarse of the Yam’ suggests that there must be what is under the cylinder head… And it won’t take long to confirm this impression. The blue answers of the tit for tat to the slightest kick trigger!

The track harrowed ‘eating horses’ will not thrill Yamaha YZ250F 2014 which is extracted forcefully turns. The power bottom and especially mid-range is the venue, even in parts more furniture trace the Yamaha is unwavering. No doubt, it quite cracks the case!

So far the bike remains simple enough to take in hand; it easily handles the gas net. Its kick-clutch can be getting caught both the cavalry arrives quickly. Small flat with respect to high revs that saturate quickly: when we want to expand a bit on the same report, should play the selector.

By changing the mapping, Yamaha 250 YZF 2014 wins in leaf, but it really lacks it still a little. According to the staff Yamaha, change transmission en pass-ant from 13/50 to 13/48 would address to a great extent problem, all the more so as the motor with broadly necessary force to accept it. 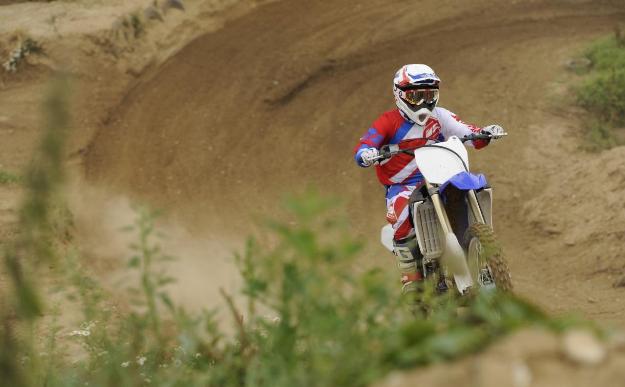 Balance sheet: The beginning of a new epoch

We do not hide our joy of finally discovering a new Yamaha YZ250F 2014, equipped with chassis stability and healthy with a motor that cracks loud.

However it was not against a chassis also bright and playful than the older generation, a little more comfort at the level of the front axle, but also a slightly simpler start-up. This isn’t that it starts badly, the blue, but it still seeks a sacred blow of Hock!