We here are returned right in the center of the Tuscan, invited by Beta at the presentation of its motorbikes of Enduro of the vintage 2014. Last born in the range, it is Beta 250 and Beta 300 RR 2T that open the ball. With one year of existence, the Italian improves, even if… 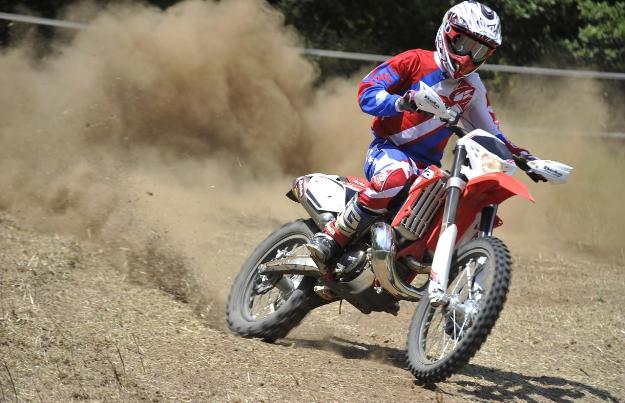 After the garden of the castle for the presentation of the vintage 2013, it is at the exit of a renovated Abbey, in the Middle several hectares of land reserved for horses in Tuscany we shall test the Beta RR 2014. Introduced last year, these motorcycles thus blow just their first candle. These are thus not enduros completely changed 2-times that Beta reveals us, but the Italians however learned some lessons from this first year to polish their motorcycles. 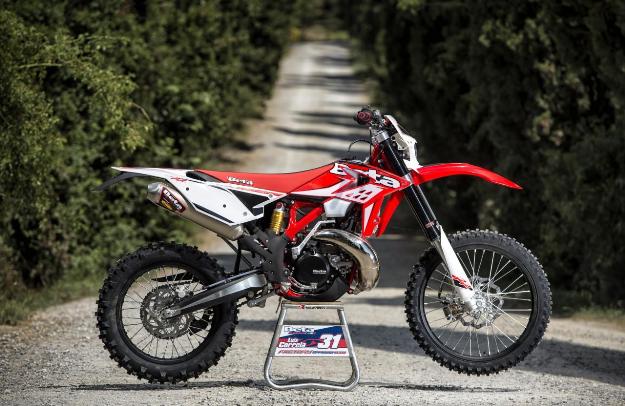 After a stint in white last year, Beta restarts on a much redder basis for its RR … and we must say that thus preferred because the white had a tendency to age them. Perfectly identity include Beta can not go wrong when it crosses one!

This Visual key – which like it or not – added is a mind racing always also present with bikes that are packed with amenities: pot FMF, front disc oversize, hydraulic clutch, hub and tees machined, Reed V box – Force 4…

The quoting plays rest of actuality, with a site for tools hidden in the lateral plate, a quick access to the filter, a translucent reservoir, a driving hoof, an electrical self-starter or else one saddles which gets confused without tools.

In short we can not blame nothing binoculars Beta 250 RR and Beta 300 RR 2T. Almost because, like last year, missing a foam handlebar and especially the hand-series. Damage as those fitted to our test bikes are pretty nice… 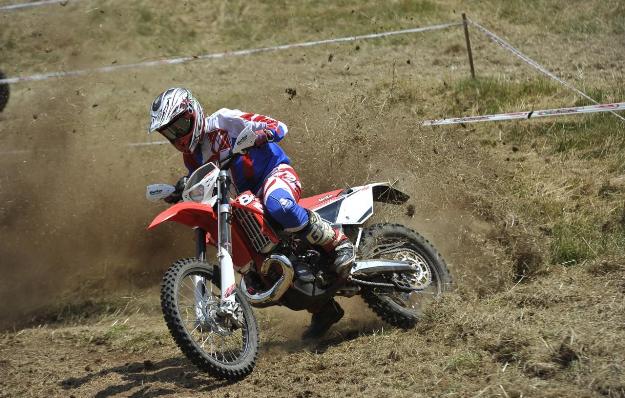 A pitchfork in progress!

As for the look, it won’t make any difference between the behavior of the chassis of the: Beta 250 RR 2T or 300, same fight! Really need to accommodate feel good about these bikes: the commands are intuitive and natural ergonomics, with a little more upright. It therefore takes the measure of these RR and has starts playing quickly with.

One of the strong points of the motorcycles 2-time, is a handiness a notch above 4-time. And Beta 250 RR and Beta 300 RR do not make exception to the rule. The sequences of turns are done without forcing and one guides the motorcycle with precision. A precision which – one must really underline it – is in rise compared to last year, in particular thanks to the work carried out on the Marzocchi fork which is much more pleasant.

The nose wheel is much more predictable and more comfortable at the start of compression. However we feel that there is still something to contribute: while returning voluntarily faster in the roots and stones, could realize that the front wheel still had a bit of trouble to fully stick to the ground. This penalized a little the stability of the whole.

If the shock absorber did not show particular defect, getting potency on the soil with effectiveness, we shall not either really have had opportunity to solicit it in 100 %. Finally, a good point on the stopping which remains powerful and progressive at the same time: the combination between stirrups Nissin and discs Galfer Wave persuaded us. 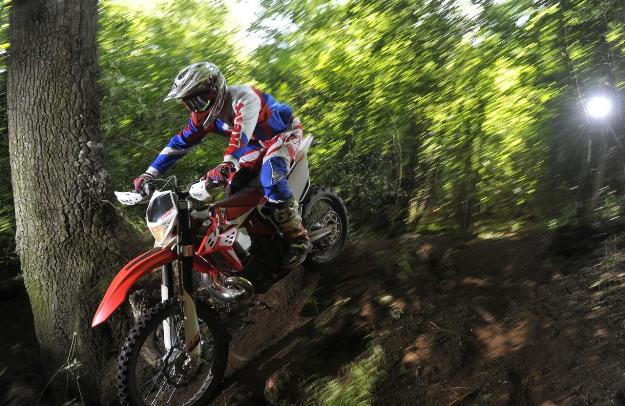 This year the Beta 250 RR engine goes up a notch. It is easy to take in hand, but we can feel that horses will release a little more easily. Without being demonstrative, the mill is Beefy and accepts the difficulties at low speed without requesting a raise in the clutch. But can afford to titillate the left lever to break the support, it remains controllable by ordinary mortals. He probably still missing a bit of extension Beta 250 RR 2 T, and better fit a report to seek high revs.

With the Beta 300 RR 2T, it is somewhat the same sketch. Compared to last year, the engine is chastened and his explosive temper let now place a high linearity. Very horsepower, the engine also accepts the passages in sub system with remarkable efficiency.

The whole of the power curve seems still a little higher than the 250. The bike is therefore a little more physical in the long run, but it is very proper for a 300. It can be a little more fun than her little sister because, even though we must remain in place on the bike, can afford to attack, its upper stretch inviting them to take much longer on the reports. 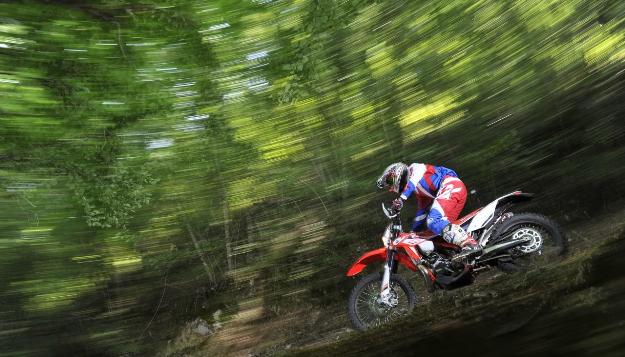 Balance sheet: 250 and 300? That simple percentage the question

The year of experiment will have been beneficial for Beta 250 and 300 RR 2T. Both equipped with a sharp frame and rather player, one appreciates the efforts brought to the fork which progresses in the good sense even if it still misses small something.

Driving side, one has difficulty having to choose between the two. The Beta 250 RR 2T is really easy and has performances largely necessary to demolish any difficulty. As for Beta 300 RR 2T, its higher performances a hair, but however more accessible than the year spent, give us banana under the helmet… 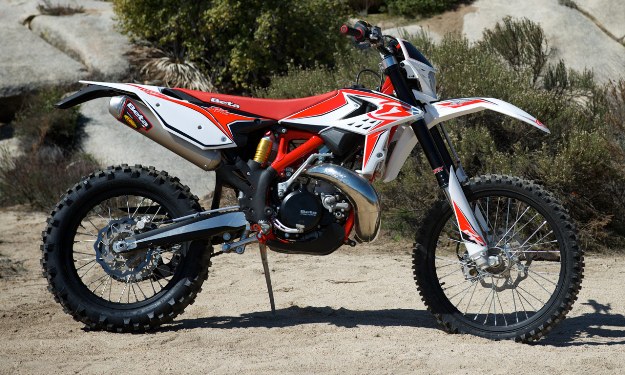 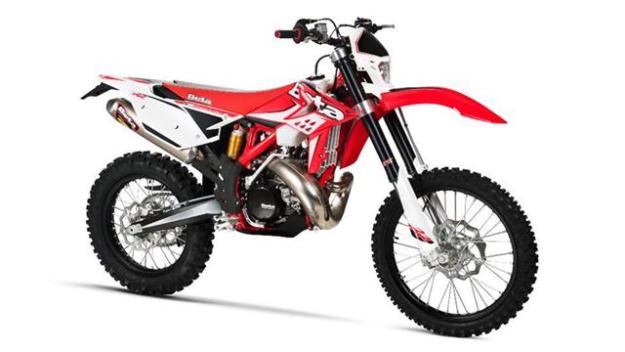