The events sometimes become a history lesson, as when In New England Air Museum the Touring motorcycle show was held, it was proof of how much Americans love their vehicle. It was the museum’s first motorcycle show and was presented in cooperation with the Murdercycles motorcycle club. A big gathering of people came in the show to the April 19 to appreciate, photograph and talk about motorcycles dating from World War II military bikes to contemporary Japanese racers. 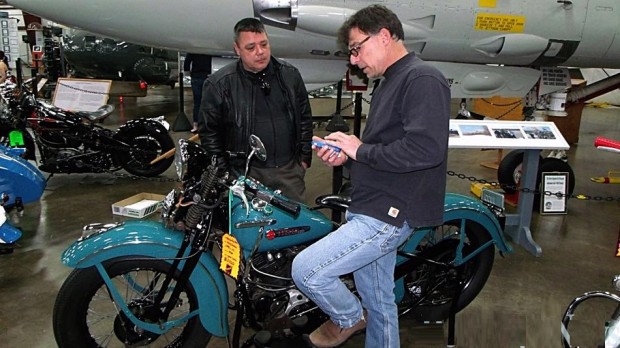 There were a few especially rare antique bikes in the display, including a British 1942 Welbike Excelsior MK II “para-scooter,” one of 50 in the world known to exist, according to the display that convoyed it.

This mini armed scooter, owned by Mark Turkington of Bolton, was shipped in parts packed into a canister 15.6 inches long and 14.5 inches in diameter, and parachuted to troops on the ground. It weighs 70 pounds and is powered by a single-cylinder, two-stroke, 98cc engine. It had a range of about 90 miles at about 30 mph on one gallon of gas. And it still runs. At the beginning of the show, Turkington acquired it for a spin in the parking lot.

Turkington also brought his Italian 1940 Moto Guzzi Alce, notable for having two seats. The rear, elevated seat is equipped with handlebars for a soldier to hold onto as he fired a WWII Beretta M38A. The front of the bike also included a mount for a submachine gun. According to Turkington, it’s the only known kind of bike in the U.S. 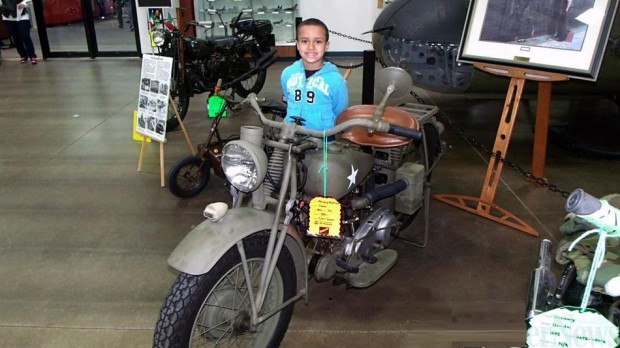 Terry Price, who was at the show with his great-grandson, seven-year old Jayson, stopped to look at a 1943 Indian 741 soldierly bike painted a drab green. Price was at the show especially to see the café racers. “I’m from England originally, and I’m a racer from way back,” he whispered.

The admirers of Harley Davidson had plenty of examples to enjoy, including a beautifully restored, “cruisin’ green,” 1947 Harley Davidson that Dennis Dangelo confessed “technically” belongs to his wife, Lynne Cipolla.

Another striking bike, this one in the Post-1980 Japanese category, was a highly-customized 2005 Yamaha R1 bearing a strong resemblance to an insect in a science-fiction movie, highlighted by chrome ubiquitously.

“Just about everything is custom, and I did everything myself,” thoughts the bike’s proud owner, Michael Dembkoski of Granby.

Outside, where the sun was shining and temperatures were spring-like, visitors enjoyed pulled-pork sandwiches while listening to tunes performed by SPF4, billed as a “surf instrumental band.”

Also making an appearance at the show were the Connecticut Calendar Girlz, known for their 1940s glamour-girl style and their cause; all proceeds from their calendars benefit victims of domestic abuse through Interval House in Hartford. 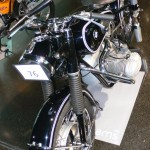 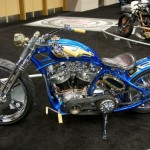 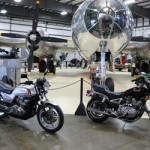 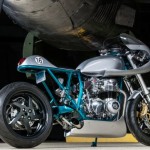 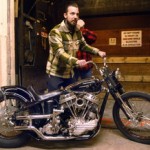 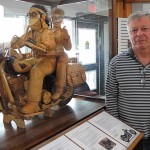 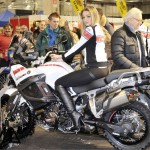 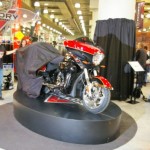 From the visitor’s $5 donation, as the models posed, sometimes beside a desired motorcycle in the show.