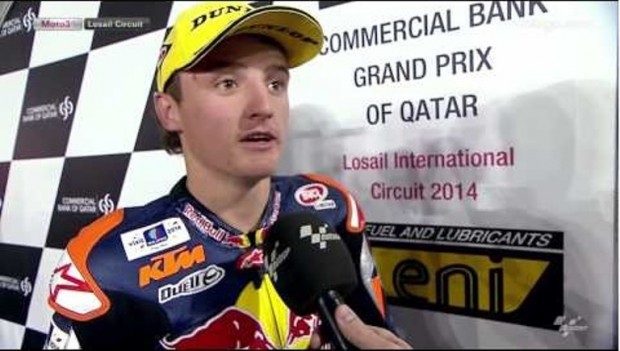 Two Grands Prix, which are also the first two races of the season 2014 Moto3 , the young Australian Jack Miller has come to light. 19 years old, he had hitherto never experienced the joys of the podium, agreeing only a few flashes of brilliance in the bunch, most of which ended four feet in the air. Then compatriot Casey Stoner became an official KTM. And a sudden one, it has established itself as the guarantor of the invincibility of the Austrian brand in the category, at the time of the sharpest offensive Honda in the middle. A condition that intensifies the performance now prominent the world championship to 18 points. 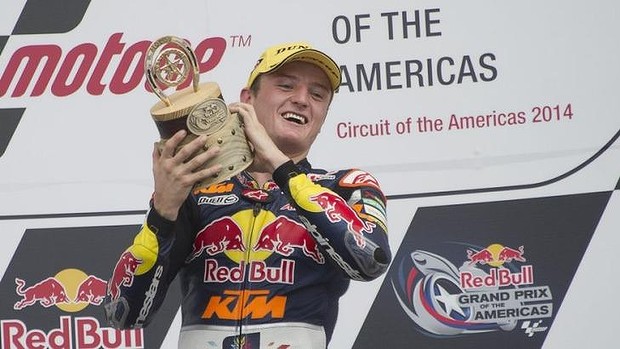 At the same time, Jack Miller scratched the domination of the Spanish Grand Prix drivers in all categories. It will be recalled that in 2013, those were awarded no less than 47 wins out of 52 possible as they were mounted on 113 156 podiums put in. So far, only Scott Redding had broken the routine anthem force beyond the Pyrenees with his victory in Moto2 last year at Silverstone. All embodiments, then, were the prerogative of the son of Spain. 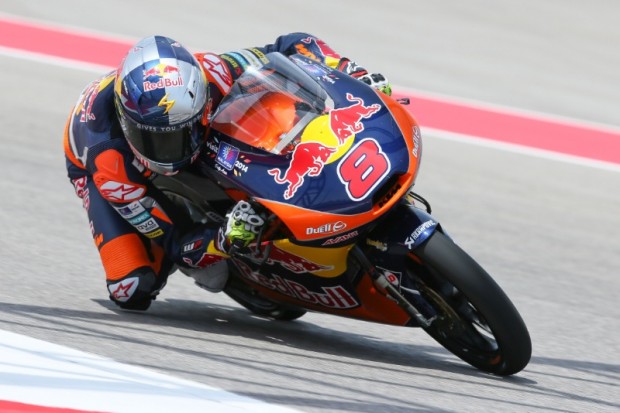 Jack Miller is in his 38th Grand Prix. With his victory in Qatar, he became the first Australian rider to have won in the category of entry of the Dorna for some Casey Stoner octrobre 2004 after the meeting in Malaysia. It was, too, with a KTM. By the fact, it is the sixth of that nationality to have met with success in the history of these disciplines ranged from 125cc Moto3. Tom Phillis before him had won four, Garry McCoy and Casey Stoner two about John Dodds and Barry Smith, they have once tasted the thrill of victory. 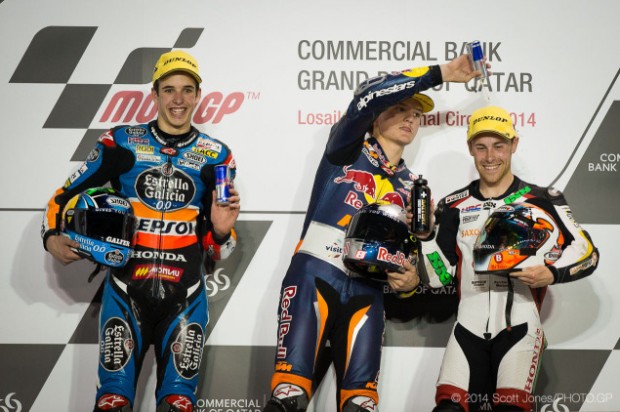 Finally, Jack Miller is the first Australian to lead the world championship this platoon from John Dodds. Or since 1970. And as the same account plus a Miller fan choice in the person of Valentino Rossi, one can say that a whole future ahead of him. As said by Jack “Today was definitely a good day for us,” he share the words. “We have managed to test a lot of stuff and get a decent lap time in. The rest of it is working really well and we are enjoying it a lot. There is a lot of stuff to test here and for that we are very lucky with KTM. He said at the time “I don’t think I could ask for a better pre-season. It has been really good for us; a lot of learning both by myself and with the team as well.” 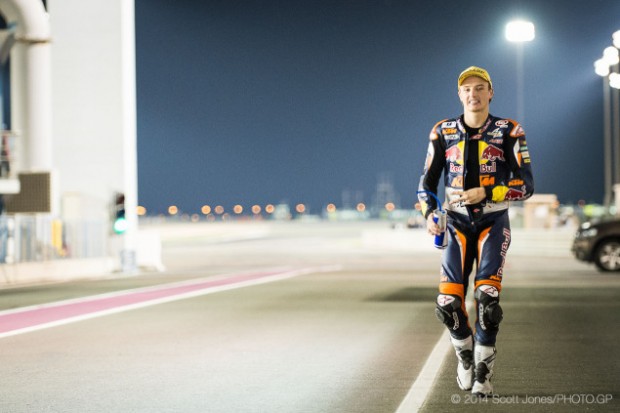 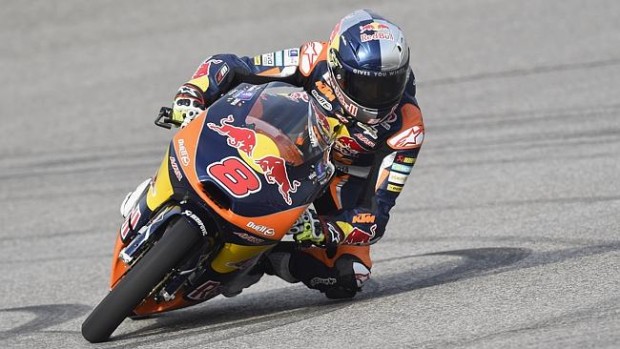