Here with the test, the news Yamaha YZ450F. One year 2014 which receives its batch of major modifications, as well on the side of engine as of frame? Do these many updates change the face of the blue motorcycle of Cross-country race? The answer it is as of now on bikesdoctor.com! 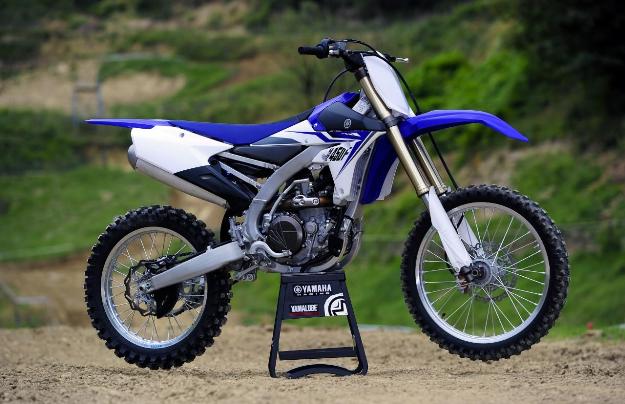 One had expected that for a few years, but this time, it from now on is done! With a radical change of its large YZ-F for the year 2010, Yamaha had somewhat messed up the world of the whole ground while introducing for the first time on a motorcycle of great production a new driving concept: a one-cylinder reversed 4-time. It means with a frontal intake and one exhaust under the saddle. The whole inclined towards the back for a centering of the masses moving.

But since then, it was the calm in the Blues, and so it with the new Yamaha YZ450F 2014 that changes occurs. Yamaha retains the same mechanical design, but brings it some updates with including an escapement that toured the cylinder instead of curl under the saddle. On the side of the part-cycle things are also changing. The framework is altered in many places and back loop no longer has anything to do with the previous version. 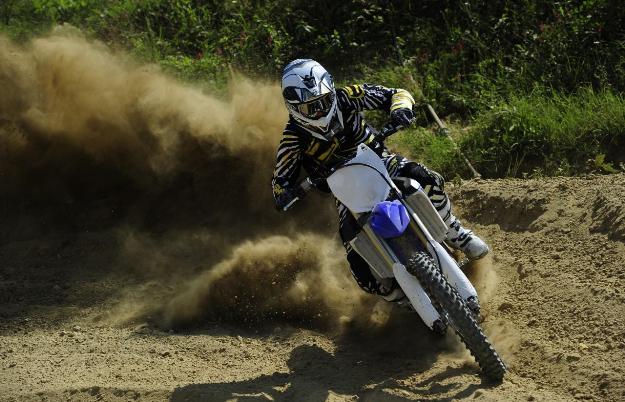 All these changes also involve an overhaul of the design of the Blue, and it must be said that it is not displeasing to us. Although the Yamaha YZ450F 2014 retains a somewhat imposing appearance is much less boorish than before, the general line gaining fluency.

The big Yam’ is rather sober visually – the white version remains topical – and does not suffer any reproach in terms of finishing. However, access to the tank being now disconnecting a removable part of the saddle is not that wonder if this will remain practical when the mud will invite to the party. As the air filter cover, it allows easy access to the filter, is a hair patch. 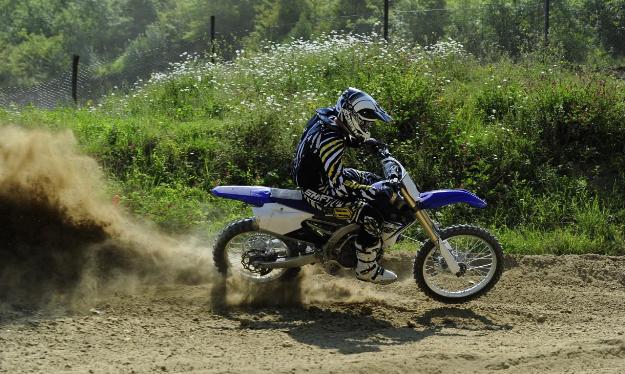 A chassis on the good way

Finished the theory, places at the practice with first of all a rather intuitive ergonomics. One will not seek his place long time by mounting Yamaha YZ450F. The contour of handlebar is pleasant and the orders fall perfectly in their place. Between the legs the Blue one is refined, but there is well the feeling to be on one 450.

Early running at the Italian circuit of Ponte’s Ego-la, I had a little trouble finding my feet on the handlebars that Yamaha, mainly because of a fork worth tweaking. Opening the compression things are now become more pleasant. Nothing wrong with the shock which makes it his job perfectly and glue the rear wheel on the ground. With the Yamaha YZ450F, once found the right settings, it trajectory accurately.

With this new vintage, the Yamaha 4 – stroke big gains somewhat in handling, it is a little easier to position while retaining stability flawless. But I confess that I expect a change in behavior a little radical pus. The Yamaha YZ450F in the fast reactions is healthy: be it by extending the breaks, by typing fort in holes or not is receiving short on the crest of a double, the bike cash without flinching. 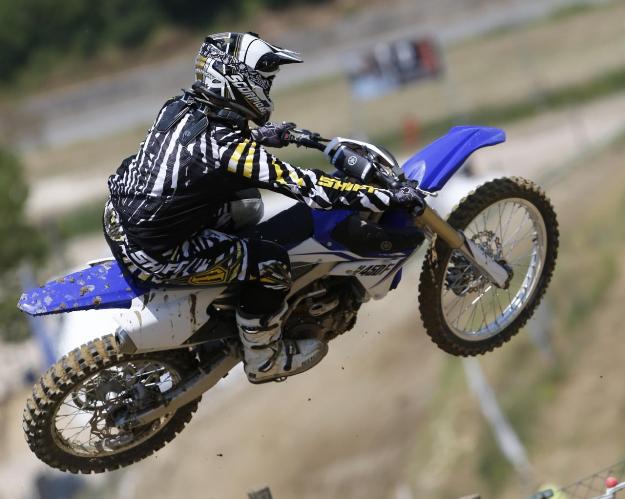 Engine side, we begin the day with the standard mapping. Well that thrill to reassure the engine block of the Yamaha YZ450F 2014 is still raging. Even too much for the average biker can not be wrapped properly the slow corners in second gear; the slightest gust of gas propels the bike. The accelerator is very difficult to manage and it is not uncommon to find much further than expected…

Fortunately, the magic of electronic injection will quickly make his work: a passage to the Yamaha staff, a much more flexible mapping and the Yamaha YZ450F becomes a much more docile motorcycle! It is from this moment that it starts to really have fun with the blue. Its engine with a phenomenal force and well-rounded now lets wrap without needing to restart the mechanics to the clutch.

The Yamaha is capable start from low revs and back gradually in the rounds without showing the slightest sign of weakness, any stroke piston or valve timing during our test. And if asked, the Yamaha knows lengthen. Need a certain time before raising a decrease in performance of the mill! Side noise, if a point of given outside the Yamaha seems lower in tone, it is mainly aboard her that you appreciate the disappearance of the unpleasant noise of aspiration which came far resonate directly in the IUD pilot ears. 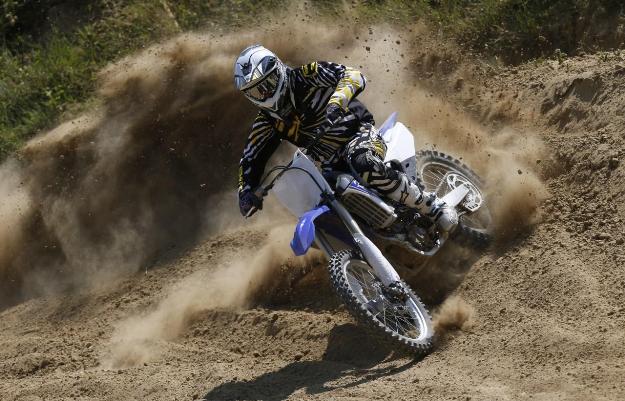 Assessment: A cross-country race for the strapping men

Much of the fifth generation of Yamaha YZ450F and suddenly we are still waiting a little hungry. But beware the work of the Blue is not in vain either. Without becoming a toy like a 250 4-stroke Yamaha wins maneuverability while maintaining the feeling of security when the rate raises it remains stuck on the ground. A little more comfort and escalation on the side of the fork would not too to accompany a nose wheel rather rigid but accurate.

The engine is definitely a reference in terms of performance, but once again, it is too much for ordinary mortals. Do not pass through the ‘map change’ box would in our opinion an error both the transition between the standard configuration and a gentler curve to the good on the ground. In short, the Yamaha is an elitist motorcycle not necessarily of any rest. 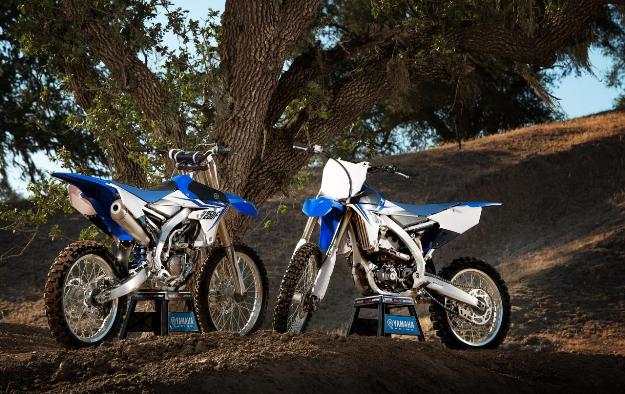 We had already made the remark on the previous vintage; the Yamaha YZ450F of origin seems largely sized to align national championship of high level in Motocross and Supercross. Then remains to be seen if changes to this vintage 2014 do not go a little more salt addition of the YZ450F which is so far one of the most expensive bikes in the market.